Heifers on offer at the Strathalbyn feature cattle sale on Friday were met with much interest from an excellent turnout of genuine buyers. 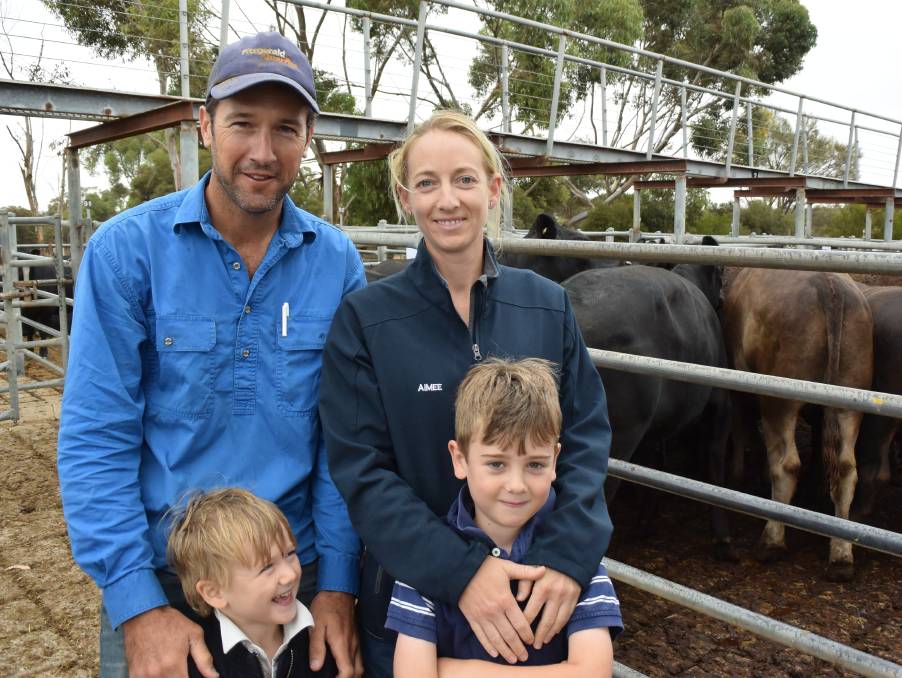 THE Strathalbyn feature cattle sale on Friday was "stronger than expectation", according to Elders Strathalbyn's Danny Reynolds, with heifers attracting particularly good interest.

"The steer portion was approximately 15 cents a kilogram easier than the December sale, but the heifer job was fully firm," he said.

The top price in the steer offering of $1210 a head was made by a pen of three Angus steers weighing 433kg, from A Manning, Woodside, equating to $2.79/kg.

Landmark Strathalbyn's Bradley Walker said while steers had sold well at the previous few markets, it was pleasing to see the heifers also in demand.

"The heavy and lighter steers always sell well, there was a good group looking at those, but there was some genuine interest on the heifers too, and that probably lacked in the market (at Strathalbyn) before Christmas," he said.

Kinnaird Grazing, Birdwood, made $1750 off a a quality line of 10 Angus cows pregnancy-tested in-calf to a black Simmental bull, while five Shorthorn cows with October/November 2019-drop calves-at-foot from Blackwood Park made $1050.

Buying support was mainly local, with a few feedlotters north of Adelaide as well as some Fleurieu graziers and Upper South East producers also showing interest.

The next Strathalbyn market will be held on January 24.