A CENTRALISATION push in recent decades has left country SA residents feeling left out of decisions, according to findings from a recent round of regional consultation. 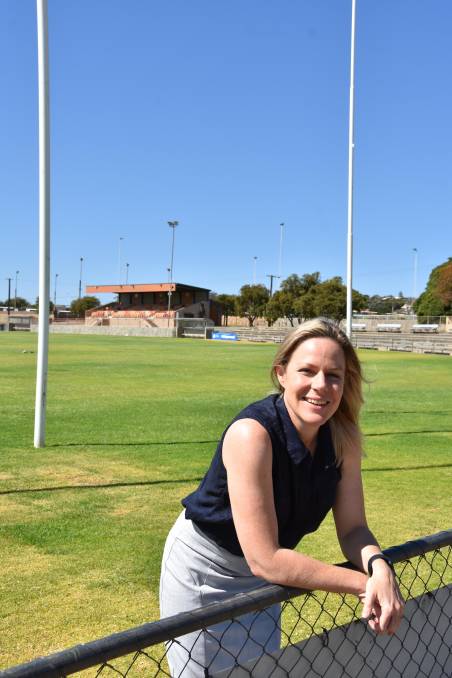 GRAND PLANS: Champions Academy founder Sarah Powell said there were risks for country communities in being complacent about their future but there were also opportunities to move forward. Photo: LAUREN FITZGERALD

A CENTRALISATION push in recent decades has caused country SA residents to feel left out of decisions, according to findings from a recent round of regional consultation.

As part of the state's Regional Development Strategy, more than 100 sessions were held at 15 locations across the state, along with submissions received through the YourSAy website, following the release of a discussion paper.

Primary Industries and Regional Development Minister Tim Whetstone said the strategy would "formalise" the government's commitment to the regions.

"This strategy will be the vehicle to create long-lasting frameworks for regional investment and better coordination," he said.

He said in many ways, the recently-released engagement report confirmed suspicions the regions had been neglected and were facing some "challenging population trends and demographics".

"However, there are also distinct competitive advantages that our regions possess and we are aiming to support the communities, which are the lifeblood of our regions, in their choice to work and live in regional SA, while supporting new growth and innovation," he said.

Advisory Panel chair Mark Sutton, who is also chair of Regional Development Australia Far North, said throughout the engagement sessions there was evidence of "some positives and some opportunities".

"SA regions generally are vibrant and resilient," he said. "They know opportunity exists, they just need some assistance.

"What we saw was there hasn't been a lot of love for regions in the past decade or so, at a holistic level - the word we heard a lot was things have been 'rudderless' for some time."

He said part of this feeling came about through a move to shift major services and "decision-makers" into Adelaide.

"Over the years we've seen a centralisation of services into Adelaide so there are no decision-makers left in the regions," he said.

RELATED:Communities urged to create own wishlist

He said the new health advisory councils, which had just been announced at the time of the consultation, had received a lot of support for putting vital local decisions back into local hands.

Mr Sutton said a common concern from the regions was the inconsistency or lack of telecommunication services.

The engagement report showed it was a expressed across all regions.

"State and federal government investment in telecommunications has been inconsistent, meaning many regional communities have no reliable mobile phone coverage and no access to quality broadband internet," a comment in the report read.

Other common concerns were sourcing labour, finding employment, the high costs or lack of childcare, inadequate public transport, and the need to leave regional areas to access key educational opportunities.

"Doctors came up everywhere, especially on the Eyre Peninsula, where every country town is providing incentives and competing against other country towns," Mr Sutton said.

But he said it was not "all doom and gloom".

He said there were already a number of positive projects happening at local levels that, with some connectivity between regions, could create momentum and help contribute to the state's growth.

Mr Sutton said the panel took "poetic license" and included examples of the "success stories" they had come across during the consultation in its report.

"There are some really good ideas out there we can use as case studies," he said.

These included the Upper North Farming Systems, praised for "working in a spirit of collaboration ... so that everyone benefits to progress farming in the region".

Another was tafeSA at Whyalla, which has formed relationships with the local high school to help students gain qualifications and begin working faster after finishing school, as well as adapting training to local needs, such as training specifically aimed at those in the pastoral area.

The Jobs 4 Murraylands Training Program, through RDA Murraylands and Riverland and the Murraylands Food Alliance helped bridge the gap between the need for suitable skilled workers and the region's high unemployment rate with a 16-week program that resulted in 70 per cent of graduates gaining jobs.

Mr Whetstone said the Community Advisory Panel had distilled the feedback and provided recommendations, with the final strategy to be shared early this year once it had been considered by government.

"It is a place where people grow up and learn by example to be a leader," she said.

This program was among those included as a 'success story' in the recently-released Regional Development Strategy engagement report.

The first pilot began at the Ports Football and Netball Club in the Eastern Eyre Association in 2015, with similar stand-alone programs run in 2016-17, before it was expanded across EP in 2018.

It has been tailored to roll out SA-wide this year.

(Sporting clubs are) a place where people grow up and learn by example to be a leader. - SARAH POWELL

The program provides leadership information and training for people involved in the sporting club, which they can then take away and apply in other parts of the community.

Ms Powell said some of the graduates have gone on to take leadership roles in other parts of the community, such as presidency of the local ag bureau or owning their own business.

The Eastern Eyre Association is made up of four clubs butused to have as many as 40, which she said could be a stark reminder of the risks to country towns.

"If we keep operating on auto-pilot, we've seen what can happen (to regional communities)," she said.

But she said there was also a strong tradition in regional areas for innovation.

"I think people who don't have a lot learn how to be resourceful and learn the value of collaboration," she said.