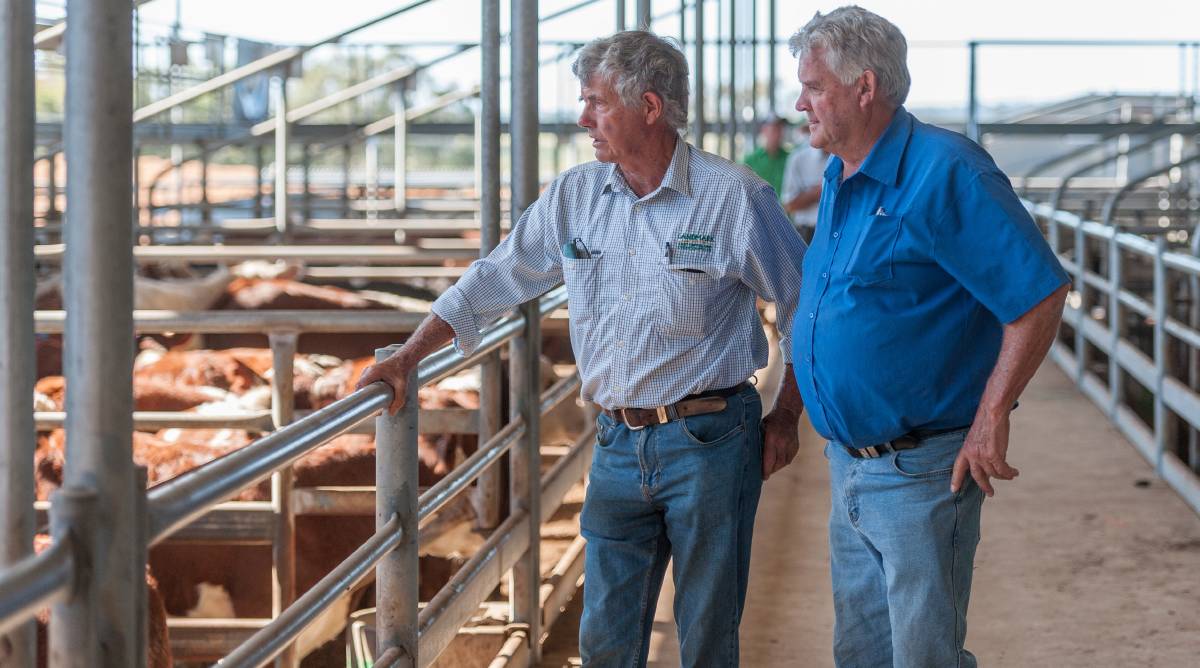 Calves are likely to be presented in impressive form at the western district's annual weaner sales series.

THE Vic Western District's week of weaner sales at Hamilton, Vic, and Casterton, Vic, will begin on January 6, with seven sales packed into just five days.

This packed schedule will follow the three sales from January 2-6 being hosted not too far away at Colac, Vic, and Mortlake, Vic.

With the region one of the few in the country having a cracking season, calves are likely to be presented in impressive form and if the sale at Naracoorte three weeks ago is anything to go buy, prices may also be.

Elders Kerr & Co's Hayden Lanyon said south-west Vic was having a "phenomenal" season and the cattle were going to be "very good with plenty of weight in them".

"As far as buying support for heavy calves, I believe feedlots will be active, but with the current circumstances in the north and supply of cattle continuing to come through, there's always the concern of backgrounding or smaller sub-320 kilograms finding buyers," Mr Lanyon said.

Describing the spring as a real "purple patch", he said the season had been as good as many producers who had been in the area 60-plus years had seen.

"South-west Vic is as good as anywhere in the country, and producers have been able to absorb cattle in the past six to eight weeks, putting on agistment and buying a few for themselves, which they don't usually do," he said. "But that means some of the areas we usually put weaners into are currently full, as they've made the most of spring flush and weight gain in October through to December."

Mr Lanyon said numbers should be reasonable, with the herd not altering much in the past 12 months.

"Store and weaner cattle have been selling quite well, especially considering the state the rest of the country is in, but the further into the summer we get as spring fizzles out that will have some sort of bearing on what weaner sales do," he said.

Landmark Casterton's Rick Smith said he was predicting everything to be identical to the 2019 sales, with numbers and weights fully firm.

He said the buying support was likely to come predominantly from the Western District and SA's South East, unless the wet season kicked up in the north or an export company got a large order.

"Prices have been fluctuating from sale to sale, Naracoorte was very strong, but then you hear reports cattle are being bought at 300-320 cents a kilogram, so I am anticipating if it stays north of 300c/kg for steers and 290-300c/kg for heifers it is good for everyone," he said.

Princess Royal, Burra, played a strong buying role at the Naracoorte sale in December, picking up cattle on the heavier end, and other feedlots are likely to join the gallery at the new year sales.