AUSTRALIAN almonds are set to remain competitive with market leader California in the global export markets, despite local issues such as rising water costs, a report from Rabobank claims. 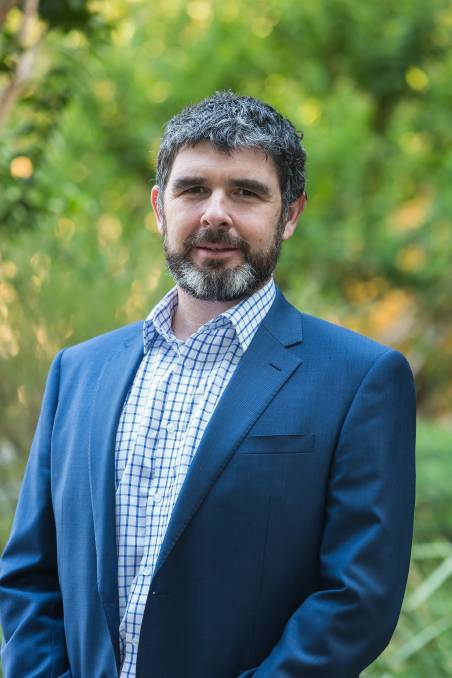 AUSTRALIAN almonds are set to remain competitive with market leader California in the global export markets, despite local issues such as rising water costs, a report from Rabobank claims.

In its Australian Almonds: Still in the Game report, Rabobank says the Australian and United States almond industries are poised for considerable growth, with Australian plantations likely to remain competitive into the medium-term, even as water costs and availability creates concerns.

Report author, Rabobank senior wine and horticulture analyst Hayden Higgins, says with significant production coming online in California to pose a risk to global almond prices, it was important to determine whether the Australian almond industry could remain competitive, on a cost basis, with the US.

"Given the dominance of the US - with California accounting for 80 per cent of global almond production compared to Australia's 8-9pc - this cost competitiveness analysis is important to ensuring any new production coming on board is profitable."

Modelling three different scenarios for both Australia and California to take into account the variance in water markets, the report found an almond orchard planted this year in Australia would be cost competitive with an orchard established at the same time in California, when both reach full production.

Under all three scenarios using Rabobank's base case assumptions the Australian almond orchards were able to achieve cost competitiveness with their Californian counterparts providing the Australian dollar exchange rate remains below $US0.75.

For those with permanent water entitlements, at full allocation, the exchange rate could rise to $US0.97 before competitiveness is eroded.

"The price of temporary allocation water poses the biggest risk to Australia's cost competitiveness and has the biggest influence on the modelling, and this would be exacerbated by any material rise in the AUD/USD exchange rate," he said.

Almond production in both the US and Australia is forecast to rise in the vicinity of 43-44pc across the next five years to a combined total of 1.62 million tonnes by 2023-24, Mr Higgins said.

"The largest volume growth will well and truly come out of the US, with planted area forecast to increase to 650,000 hectares to produce around 1.5 million tonnes of almonds," he said.

Mr Higgins said Rabobank projects the planted area in Australia to reach 53,300ha across the five-year period, producing some 149,000t.

"While this takes into account some additional developments here in Australia, we expect the rate of land converted to almonds will be slower than what we have seen over the last two or three years," he said.

Mr Higgins said uncertainty about water availability and prices, combined with restrictions in place in Vic related to the issuing of new water licences, are key factors expected to contribute to a slowdown in "greenfield" almond orchard developments.

On the demand side, a combination of taste, convenience, nutritional factors and rising middle-class incomes are supportive of future demand growth, he says.

"While global demand should broadly keep pace with supply growth, we expect that in order for the global market to absorb this increased supply, prices will moderate from their current levels over the next five years," he said.

"But given the dominance of the US, we will continue to see volatility in the market, with any production disruptions exerting upside pressure on prices."

The report says while Australian almond orchards are likely to remain profitable into the medium term, there are some downside risks to the outlook that are "outside of the control of the Australian sector".

"The key risk facing local growers is the future water availability in the Lower Murray, especially during peak demand periods," he said.

"Not only in terms of physical deliverability restraints but in light of changeable future weather patterns, where it is reasonable to assume there will be more volatility in recharging the system."

Mr Higgins said this had the potential to flow into the cost of temporary water allocation prices, which have the greatest influence on cost of production, as rising future demand was expected from the increased permanent crop plantings that have occurred recently in the Lower Murray.

He said other risks included the US regaining improved access to the Chinese market and US production increasing faster than currently forecast.

"The US-China trade war has created a significant demand opportunity for Australia to fill with China accounting for around 57pc of our almond exports in the year-to-date (to September), up from 12 per cent in the same period last year," he said.

Mr Higgins says the risk lies in the US seeking to refill that gap, should a truce be agreed upon, which will see some of the increased Australian almond export volumes to China redirected to other markets where the US has been building market share in the interim.