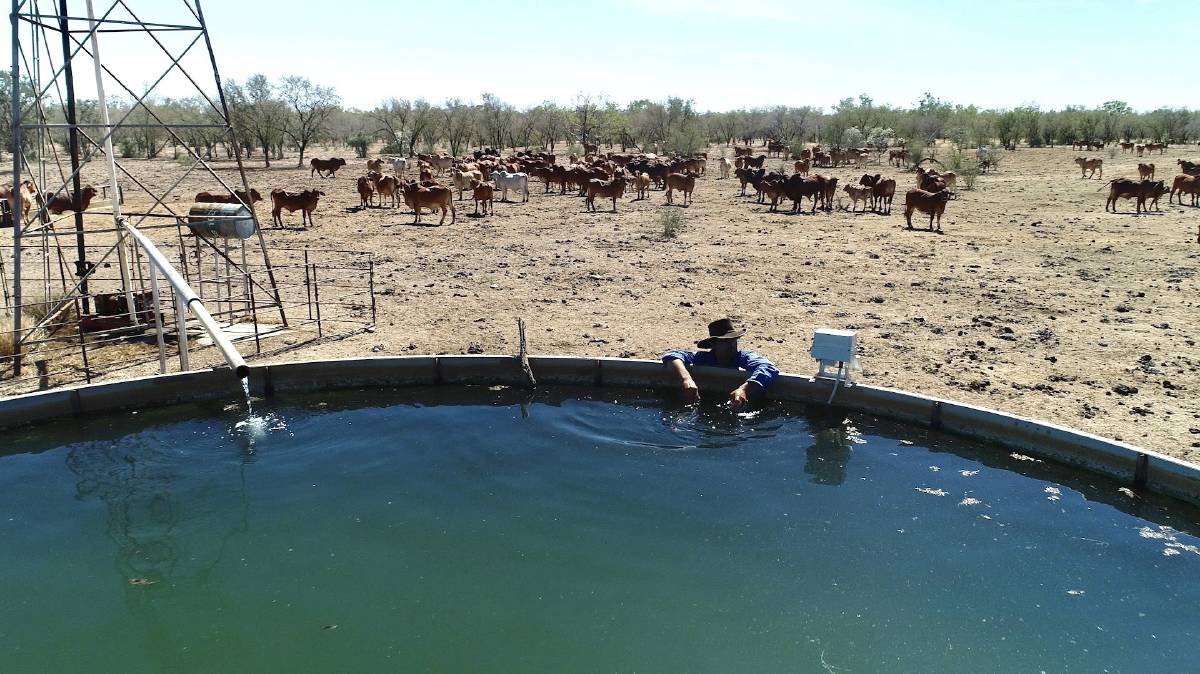 Farmbot has released its next generation of water sensing technology

Farmbot has launched its sixth generation of remote water monitoring technology, enabling its equipment to work better with other sensor technologies, such as moisture probes and geo-tags.

The presence of automated water monitoring equipment has been steadily increasing across Australian farms over recent years, with a number of established irrigation technology companies broadening their offering to the pastoral and dryland broadacre markets as connectivity solutions open up new markets.

While a relative newcomer in the sensor technology space, FarmBot believes its product offers some unique advantages over its more established competitors.

"Our current offering has algorithms and power management intellectual property that allows our device to sit in a paddock for seven years and transmit information about your water system, whether that is on a tank, a dam or a turkey nest," he said.

"The sixth generation is a significant upgrade, this device can talk to up to 25 different sensors, it is actually a hub for all sensors, allowing you to monitor water pressure, flow rates, rainfall, electric fences and more.

"It features two-way communications, wireless and point to point connectivity enabling it to integrate with other devices being used on the farm."

Mr Coppin said Farmbot had deployed over 1,700 remote monitoring units so far. While this is dwarfed by the number of remote sensors in place through existing companies, it is nonetheless a significant achievement for a company which has only been trading for about five years.

"We reduce manual water inspections by up to 90 per cent, saving thousands of labour hours and hundreds of thousands of kilometres driven to check water," he said.

"Most important is the reduction to stock stress and stock loss, an ongoing issue that costs Australian farms millions of dollars each year."

Mr Coppin said a significant feature of his product that the feed from the sensors was live no matter where the sensor was placed.

"Even the most remote farms can benefit from Farmbot as it works anywhere with satellite, 3G, 4G or LTE connectivity," he said.

"Farmers have access to crucial insights about their water and are alerted on their phones, tablets or desktops in near real time by SMS, email and dashboard alerts when they need to know. Low water level or a leak in a tank could lead to the loss of livestock, Farmbot alerts you when you need to know."

"While livestock is our primary focus we realise there is a need for Farmbot for grain and sugar cane growers as well as horticulture and vineyard operations," he said.

"Farmbot will continue to explore ways to benefit all farming communities in the future whilst also looking for further opportunities worldwide."