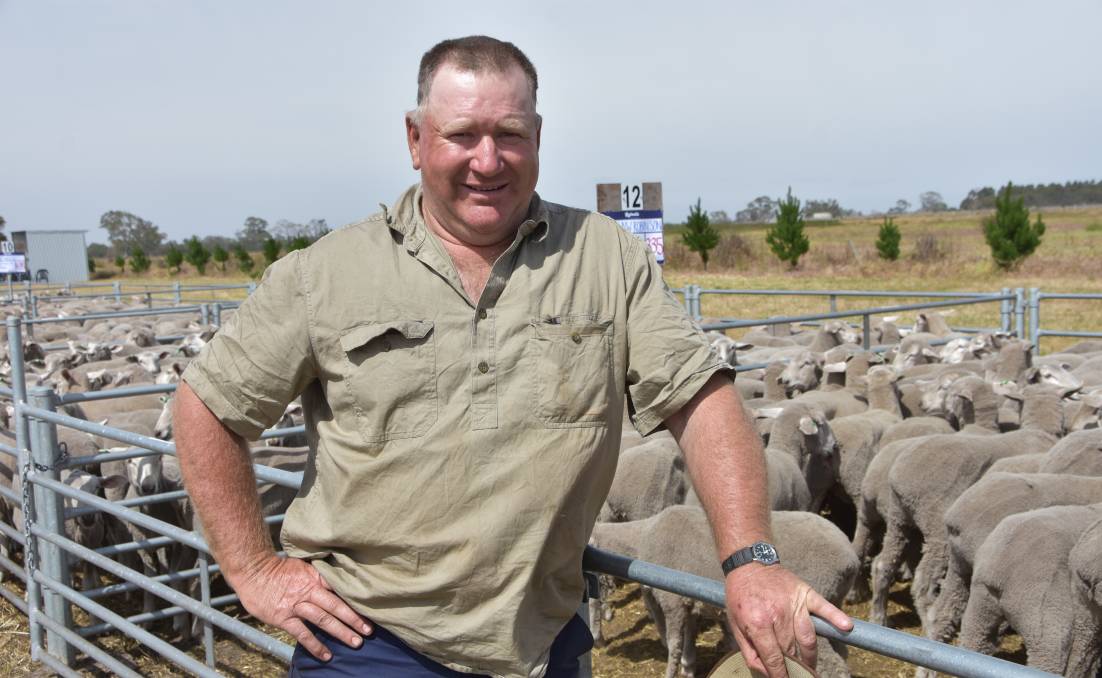 Neville Robinson, Ullswater, east of Edenhope, with a pen of lambs that made $154 at last week's Edenhope first cross wether sale.

It was another record breaking week at the Edenhope saleyards, with the highest price ever, $174, paid for first cross wether lambs.

Rodwells Edenhope agent David Hanel said the top price of $174 a head for April / May drop lambs offered by the Dearden family, Bringalbert, north of Edenhope, was paid by restockers in the Horsham area via agents.

Mr Hanel said a mix of processors and restockers competed hard for the 4800 lambs yarded at the sale, reflecting current strong pricing right across the sheep meat industry. Proof it is not just farmers who keep the ag sector going the Rodwells team was hard at work on National Ag Day, from left Dustin Cross, Dale Dridan, Benn Molineaux and Scott Jackson.

He said there was diverse restocker demand, ranging from lot feeders to those with good pasture feed.

"We had buyers from Horsham, who took the top price pen to finish while there was also solid demand from the Heywood district where there is still good green feed.

Other restocker buyers came from the Ballarat and Lismore areas.

Mr Hanel said the potentially strong Wimmera grain season was likely to leave some good stubbles for mixed farmers to look to graze over the summer months as well.

"There are a few options out there for those that want to get involved." 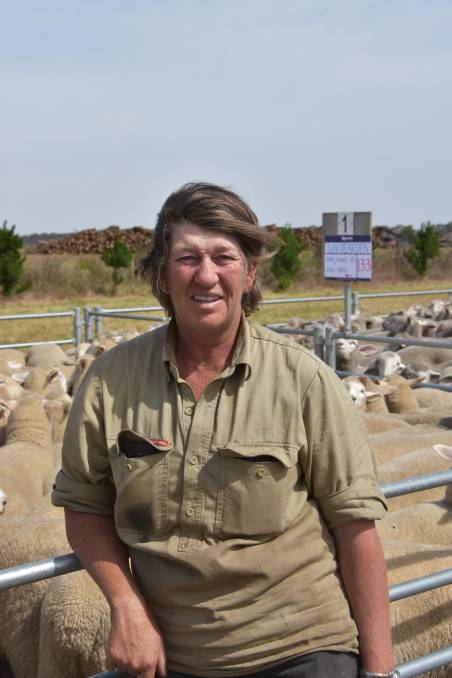 Natalie Dearden, Bringalbert South, was thrilled with the $174 paid for her top pen of wethers at Edenhope.

Natalie Dearden, who sold the top priced pen, said she was thrilled with the prices on offer.

""I spoke to David and we joked about it getting to $170 and in the end it did get there," Ms Dearden said.

She said the good seasonal conditions meant restockers were buying with confidence.

"The money is there in lamb or in mutton and we're just in a great position in that in this area people have the feed and the water to be able to take advantage of that. "With the China situation regarding African Swine Fever we could see these strong sheep prices for some time yet as they look for alternative sources of protein."

The story Another week, another record at Edenhope first appeared on Farm Online.