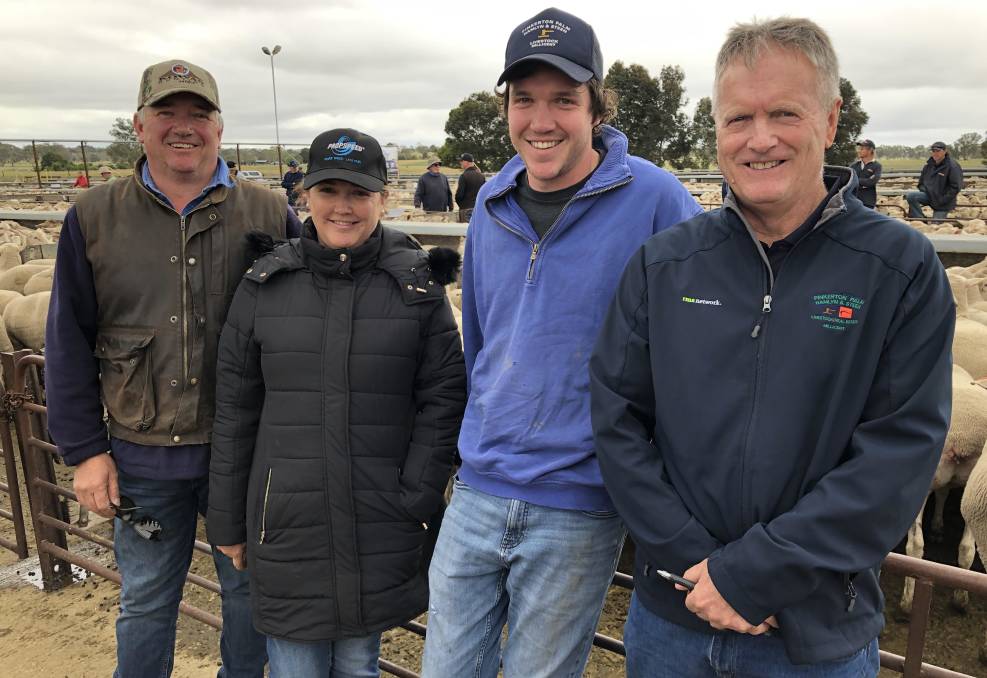 Prices for young ewes has cracked $400, but what is conspiring to send prices so high?

A CLASSIC combination of clement local conditions in far southern Australia and a buoyant outlook for the sheep meat sector has conspired to send first cross ewes break the magical $400 a head mark.

The hammer came down on a pen of young ewes at Naracoorte, South Australia for $402 last Thursday, with another pen making $400.

To prove it was not the result of a freak sale a couple of hours before the Naracoorte sale just across the border at Edenhope in Victoria similar spring 2018 drop ewes made $388, while a Bendigo sale earlier in the month also had white-hot demand.

"They are set up nicely, there is plenty of feed over summer and people are looking to get their hands on breeding stock, which are only going to get harder to get hold of," Mr Hanel said.

Although current values may seem expensive for those outside the industry Mr Hanel said it was easy to make a case for the dollars paid to stack up.

"When you've got prime lamb prices where they are at around $200 and old ewes selling well in excess of $150 it is not difficult to make these prices work, there is some real optimism in the sector."

It is not just the isolated phenomenon of a good season through the Green Triangle in southern SA and Victoria driving values higher.

Matt Dalgleish, livestock industry analyst with Mecardo, said the huge problems in the global pig industry due to African Swine Fever meant sheep meat, either as lamb or mutton, was in strong demand from China.

"You cannot underestimate the impact of ASF, the normal dip in prices we see in spring as more supply hits the market is not likely to be there this year. 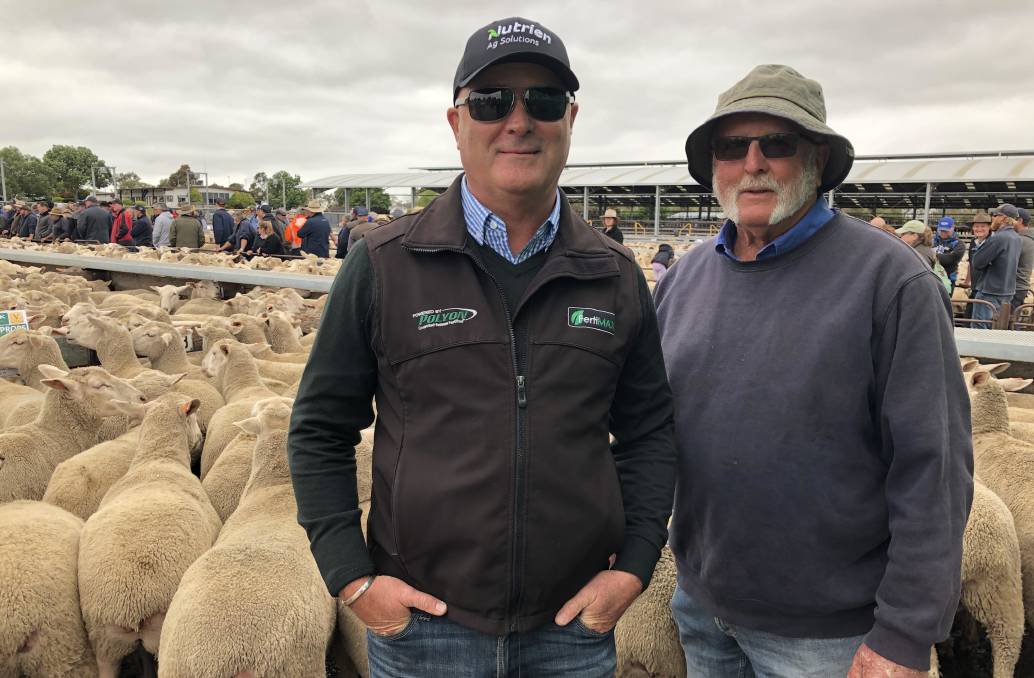 Craig and Joe Hole with the pen of sheep they purchased at Naracoorte last week. Craig, also an agronomist, is sporting the new Nutrien Ag Solutions gear following the Canadian business' takeover of Landmark.

"Data is showing demand for mutton is up 118 per cent on medium term averages and China is virtually solely responsible for that."

Mr Dalgleish said the Australian sheep industry was potentially looking at a game changer for some years to come in terms of the increased Chinese demand, a possibility that has flown under the radar somewhat due to the focus on the woes of the international pig sector, rather than any gains for the sheep industry.

"The Chinese demand for alternative sources of protein in the wake of ASF is here, that's a fact the only thing we are not sure about is how long the demand is going to be here for.

"You would suggest it is going to be five years at the minimum before pig herds begin to build up again and that is only when they are on top of the disease."

Mr Dalgleish said the solid prospects for sheep meat would mean the fierce competition for breeding stock was likely to continue, especially if there was a break to the drought in NSW.

Speaking from the Red Meat conference in Tamworth, NSW, this week he said anecdotally many graziers in the region had downsized their flocks by a third to up to a half in response to the drought.

"They're trying to hang onto their best breeders but when the drought breaks they are also going to want to bring numbers back up."

"The drought means a national shortage of breeding stock and when it does eventually break we're going to see those in the north really try and get hold of breeders so it is possible things could get stronger again."

For buyers Craig and Joe Hole, Naracoorte, who bought ewes at $398 at their local sale last week, it was not a difficult decision.

The Skeer family, Thornlea, near Millicent, SA, paid $400 for ewes, also at Naracoorte.

"You do the maths, you can sell old ewes for really good money, lambs are over $200, we've got plenty of feed and buying the same line of breeders we have bought before and done well out of makes good sense," Kim Skeer said.

"It's only going to get harder to get hold of that quality stock when the drought breaks in the north."