At just 14 years old, Lachie Jacobs is epitomising the Australian value of helping others in need, having recently organised a hay run from his hometown of Coonalpyn, up to struggling farmers in the Yunta region. 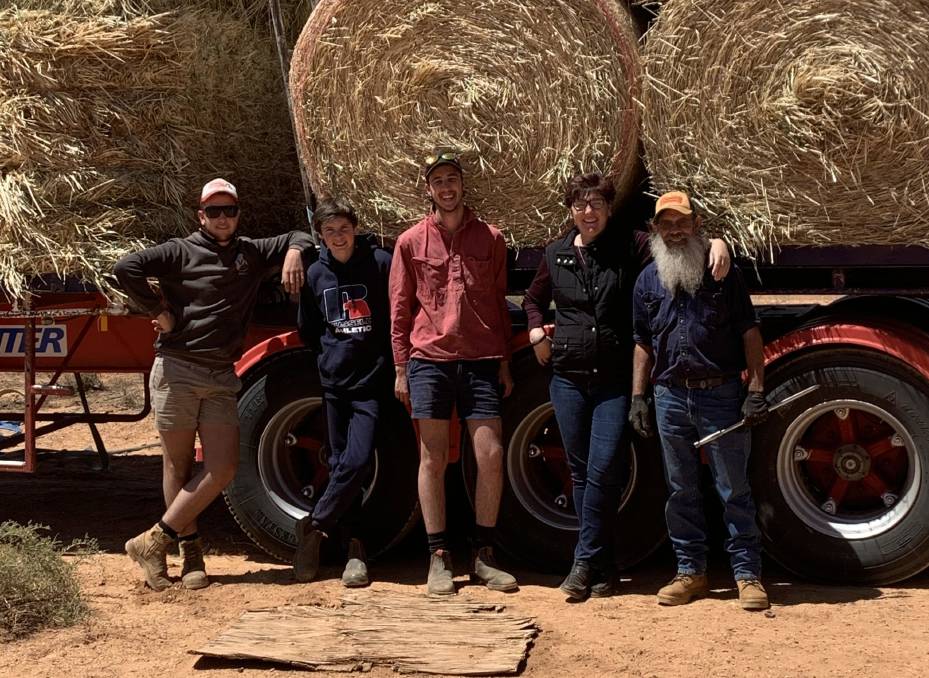 At just 14 years old, Lachie Jacobs is epitomising the Australian value of helping others in need, having recently organised a hay run from his hometown of Coonalpyn, up to struggling farmers in the Yunta region.

More than 200 hay and straw bales have been donated for the cause, with the first 132 bales having been loaded onto two semi-trailers and a B-double on Saturday, which then drove the five-hour journey north to the dusty pastoral region.

The trucks, voluntarily driven by Steve Ayres, Kenton Millikin and Lachie's cousin Cameron Zadow, set off at 7am on Saturday morning, returning late that night.

"I was pretty nervous, but there was a fair bit of happiness as well when we got to Yunta," Lachie said.

Lachie's idea was originally born when he received a 'Passion Project' at school at the start of July where he had to strive to help out with a local problem. Immediately, the year 9 Unity College student knew he wanted to help those battling drought.

"The first week we got the project, I thought of doing something like this, but wasn't sure if I'd be able to," he said.

We're extremely grateful to everyone who has donated time, hay, transport, and money to cover transport costs. - VICKI JACOBS

"The project didn't have to be to do with agriculture, I just chose to do this as I saw (the drought) as a big local problem."

Lachie decided on Yunta as the beneficiary of the donated fodder, after speaking to a friend from Elders.

"He told us that around the Yunta region was pretty badly affected (by drought), so we chose there," he said.

After setting an initial goal of collecting 100 bales, Lachie's mother Vicki said the pair had been "blown away" by the support received after putting the call out for donations.

"Lachie was asking people to donate one or two bales, whatever they could afford to give, and we had one farmer donate 45 round bales straight up, we were very overwhelmed by that," Ms Jacobs said.

Bales were donated mainly from Coonalpyn, Culburra, Tintinara and Field.

More than $8500 was received in donations from Lions and Rotary Clubs, as well as family and friends, to help get the trucks to Yunta.

Another semi-trailer load of straw has also been promised to be donated after harvest, and Ms Jacobs said further donations were welcomed.

"We're extremely grateful to everyone who has donated time, hay, transport, and money to cover transport costs," she said.

Ms Jacobs said the remaining bales would be donated to the Riverland region.

Lachie said he enjoyed helping others in a tough time, and said future hay runs may be on the cards.

"I would consider doing something like this again, it just depends what the coming years are like," he said.