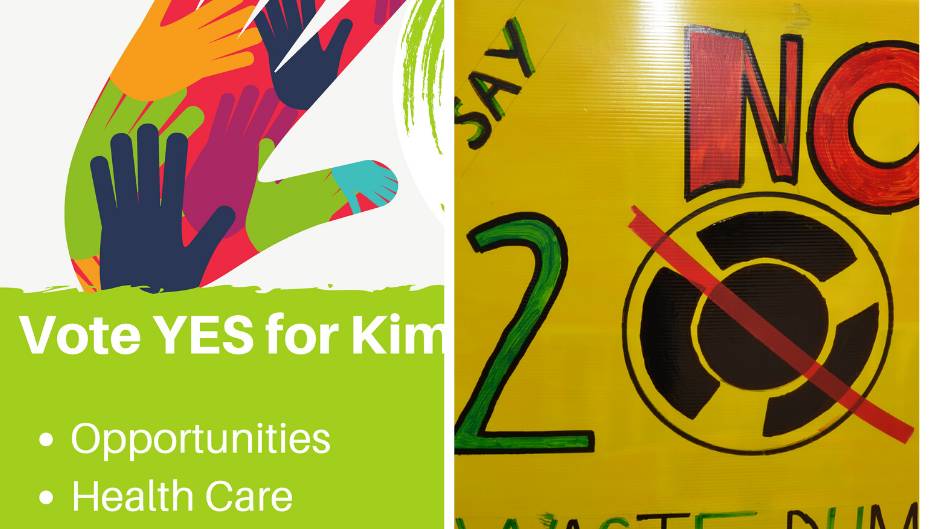 The results are back in from the AEC ballot, gauging opinion for a potential radioactive waste facility within the Kimba community.

The results are back in from the AEC ballot, gauging opinion for a potential radioactive waste facility within the Kimba community.

As with the original issue, the two sides of the debate are differing on if the results showing 61.58 per cent of the population would support the site proves consensus.

Third-generation Buckleboo farmer and No Radioactive Waste on Agricultural Land in Kimba or SA chair Peter Woolford said the ballot results were not surprising, but did show there was a considerable amount of opposition to the waste facility.

"You can't have 40pc opposed and say you've got clear support," he said.

"That's nearly every second person in the street."

Kimba farmer Jeff Baldock, a member of the Working for Kimba's Future group and the owner of the farm where one of the nominated sites is located, says the nearly 62pc was a strong indication of local support.

"I think any politician in any sort of vote would see that as a win," he said.

"It's nearly the same as the same-sex marriage vote and that was considered a landslide."