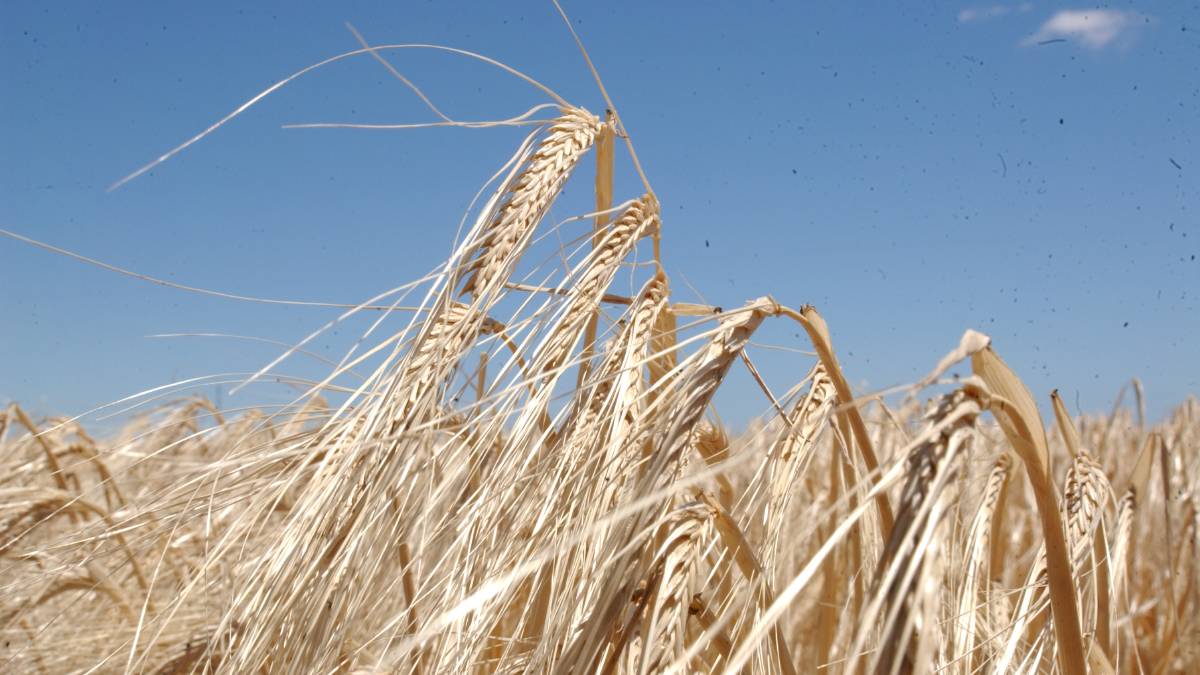 MIXED BAG: Harvest results are expected to vary across the Yorke Peninsula this season, with the southern peninsula expected to fare best.

YORKE Peninsula growers have been met with varying fortunes in 2019.

YORKE Peninsula growers have been met with varying fortunes in 2019.

Below-average rainfall in the north and central regions has led to underwhelming early yields, while above-average yields are expected further south, with rainfall closer to what is customary.

Ardrossan, Port Victoria, Curramulka and Minlaton have had low measures, contrasting with closer-to-average rainfalls on the south coast from Edithburgh to Marion Bay, he said.

"It's a pretty mixed season for us," he said.

"It's very dry in the north.

"As you head south, there's been a lot more rain and the crops are better off for it."

There were early below-average barley yields of 2 tonnes a hectare to 3t/ha, and below-average lentil yields, near Port Rickaby and Wauraltee.

He said frost had been a bigger factor than normal for the southern peninsula, but the full extent of the damage was yet to be determined.

If we'd had another 100mm through August, September, October, things would've been about 50 per cent better than they are. - IAN KOCH

"In Spartacus barley - the most common variety grown in this region of the YP - there has a been a breakdown in resistance to net form net blotch," he said.

"We saw very high levels of disease during winter around the Minlaton area.

"If it wasn't for conditions drying out in late winter and into spring, it might have caused greater issues.

"We also saw quite a lot of septoria in wheat during winter, but lack of rain from there on meant it didn't spread further up the canopy and didn't cause us too much grief."

The disease story was similar from Maitland-based J&D Southwood agronomist Ian Koch, who said while septoria was present in a lot of wheat, proactive action by growers and a dry finish ensured minimal impact.

"Septoria's been in most of the Scepter and Mace wheat crops, with a bit less in Chief," he said.

"There was a reasonable amount of disease, but most people sprayed early to manage it and the dry spring meant it fizzled out to nothing."

Below-average yields and variable quality had been evident in early-reapt lentil and barley crops.

"The barley might be averaging 2-3t/ha, but there's been a fair bit of variation across paddocks due to frost and moisture stress," Mr Koch said.

Some shedding issues in lentils leading to seed pod loss had affected yields in that crop, with Mr Koch expecting below-average performance for the most part.

Mr Koch said Maitland had received below-average rainfall of 300 millimetres for the year, after a dry start.

"Luckily, all of the rain has fallen during the growing season, but we're still quite short of where we could have been," he said.

"If we'd had another 100mm through August, September, October, things would've been about 50 per cent better than they are."

With harvest kicking off in mid-October on the northern YP, barley and lentil yields had been "slightly below average to well below average", according to YP Ag agronomist Chris Davey, Kadina.

Mr Davey said growing season rainfall across the majority of the northern peninsula had been 190mm - that figure ranging from decile 1 rainfall at Paskeville to decile 3 at Port Broughton.

Dry conditions meant disease was not a factor this season, though a series of frosts led to increased hay cutting and some yield loss.

"We've had a lot of frost events through August and September, which meant there was a lot of wheat cut for hay," Mr Davey said.

"Other crops like canola, lentils and barley have been affected to varying degrees - probably a range of 5-30pc yield potential loss caused by frost."