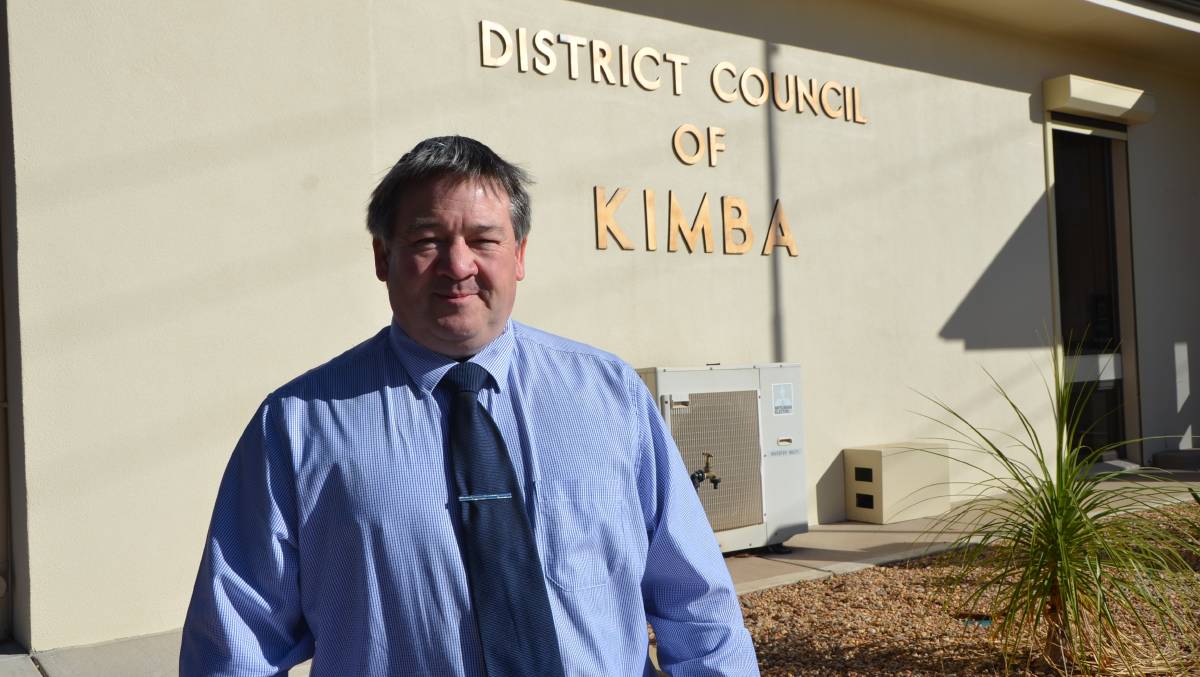 VOICES HEARD: District Council of Kimba mayor Dean Johnson was proud of the community response with more than 90pc of eligible residents voting in the radioactive waste ballot.

OPPONENTS to National Radioactive Waste Management Facility in the Kimba region say the ballot results are not an indication of full community support.

OPPONENTS to National Radioactive Waste Management Facility in the Kimba region say the ballot results are not an indication of full community support.

The ballot results showed 61.58 per cent of the Kimba community would support a proposed waste facility.

Two sites have been nominated in the Kimba region, with a third near Hawker.

"I will consider these results alongside other indicators of community support and technical information about the site, once the Flinders Ranges Council ballot is complete later this year," he said.

He said other indicators would include neighbour and local business surveys conducted this week and next, as well as submissions from the broader community.

Third-generation Buckleboo farmer and No Radioactive Waste on Agricultural Land in Kimba or SA chair Peter Woolford said the ballot results were not surprising, but did show there was a considerable amount of opposition to the waste facility.

"You can't have 40pc opposed and say you've got clear support," he said.

"That's nearly every second person in the street.

"It shows there is still a lot of work to be done."

Mr Woolford said the ballot allowed everyone in the District Council of Kimba to have their say, but he would have preferred if the vote had gone further across the Eyre Peninsula.

"The EP is a big community," he said.

"The people that live just outside this so-called area didn't get a vote and this is bigger than just Kimba.

"Both sites are closer to the Wudinna shire."

Mr Woolford said the four years of debate on the topic had revealed big divisions in the community.

"It's had such a big impact on the community and only time will tell about the future," he said.

Kimba farmer Jeff Baldock, a member of the Working for Kimba's Future group and the owner of the farm where one of the nominated sites is located, said the debate had been going on for "nigh on four years" and there was plenty of chance for people to voice their thoughts and find out information.

He said the town needed something to keep it going, while this site could bring money and people.

"This would bring an extra 45 full-time workers to the area, plus all the jobs in the service areas," he said.

"The fact is we would become a federal town and services like the telecommunications would all have to improve.

"It's a once-in-a-lifetime opportunity to guarantee Kimba's life."

Mr Baldock said the community was waiting on an answer but if the answer were no, many businesses would be back to square one.

He says the nearly 62pc was a strong indication.

"I think any politician in any sort of vote would see that as a win," he said.

"It's nearly the same as the same-sex marriage vote and that was considered a landslide."

He said the voting results, despite the influence of those campaigning against the waste site, shows there is support for it to go ahead.

Mr Baldock said if the site went ahead on his property, it would just be half a paddock in the middle of his property.

"If we had any doubts, we wouldn't go ahead with it," he said.

District Council of Kimba mayor Dean Johnson said, regardless of the vote results, the community was relieved it was nearing a decision after nearly four years.

"It should only be a matter of a few short months before we can go forward," he said.

"Kimba has a long history of overcoming challenges."

He said the fact more than 90pc of eligible voters took part in the ballot showed the community was engaged in the conversation.

Mr Johnson said the recent drought had made it clear the region needed an alternate industry, whether this facility or something else.

The votes for a similar ballot in the Flinders Ranges Council are being shared this week, with the delay from a council decision to ensure everyone was comfortable with the documents shared.

The ballot closes in early December.

Flinders Ranges Council mayor Peter Slattery said community members had expressed concern about the validity of certain information shared about the waste facility, so they had experts perform an analysis.

He said the analysis, which was available on the council's website, had given them confidence in the data surrounding the site.

Mr Slattery was expecting a strong turnout in voter support from the community, particularly in the north of the district.

"We know what the vocal members think, but not what everyone thinks," he said.

The vote also includes some members of the Outback Communities Authority located in the 50-kilometre radius of the proposed site.

Mr Canavan said the decision on either site would not be made until the conclusion of the consultation periods in December.