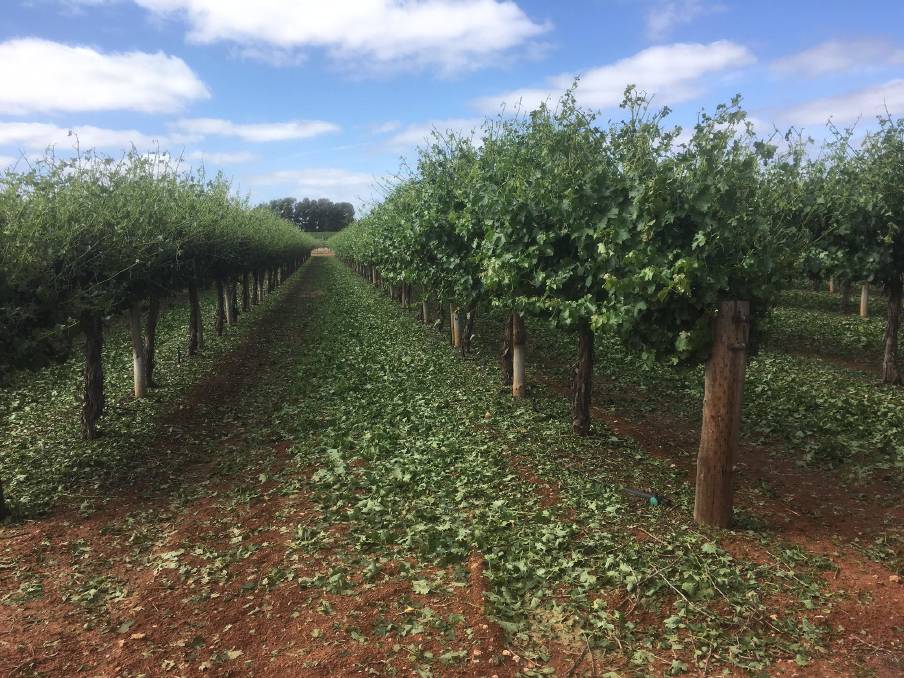 MANY stonefruit and grapegrowers have escaped catastrophic damage after a hailstorm impacted the Riverland earlier this month.

MANY stonefruit and grapegrowers have escaped catastrophic damage after a hailstorm impacted the Riverland earlier this month.

Summer Fruit SA executive officer Tim Grieger, Renmark, said it was "tragic" for those who were in the hailstorm's path.

"The most affected areas are Monash and Glossop but many were fortunate to miss out," he said.

The hailstorm travelled through Moorook and across the Murray River to Barmara, Glossop and Monash, before hitting Renmark and Murtho, affecting vineyards and fruit trees.

"Some fruit crops were being harvested at the time but most are approaching harvest," Mr Grieger said.

PIRSA damage assessment teams arrived in the area immediately after the storm but it could take many weeks to determine the damage extent.

"We are working with the state government and growers to determine what their priorities are and what support will be the best fit," Mr Grieger said.

He said damaged stonefruit was bruised and had pierced skin.

"Basically that level of damage renders the fruit valueless - it is unmarketable," he said.

Stonefruit harvest began in October and will finish at the end of March but Mr Grieger said even on later fruit, bruising would carry through.

Primary Industries Minister Tim Whetstone said November was a vulnerable period for the industry to be hit by a hailstorm.

"Some dryland cereal crops are yet to be harvested, while some stonefruit varieties are in full fruit and early growth has been shredded off grapevines," he said.

"I have spoken to growers and some are reporting they have lost everything, with harvest for early varieties coming in now, and others are reporting smaller amounts of fruit lost to damage."

""It is hard to put a figure on the amount of vineyards effected but we are pleased it was not as serious as the damage in 2016," he said.

"Most growers affected by the storm should still get a reasonable harvest, except for those who really wore the brunt - we are not sure who and where that is just yet."

Mr Byrne said despite vineyards being vulnerable to weather damage, vineyards can "bounce back" surprisingly well.

"It is still early in the season. Chances are, a lot of vineyards will recover from damage between now and harvest - as long as water and nutrition regimes are maintained," he said.

He also said it was important that owners of damaged vineyards registered with PIRSA for an assessment to ensure no one was missed.

"It will not be until we get a clear indication about the extent of damage that we will get any indication from the state or federal government about whether there will be any support available," he said.