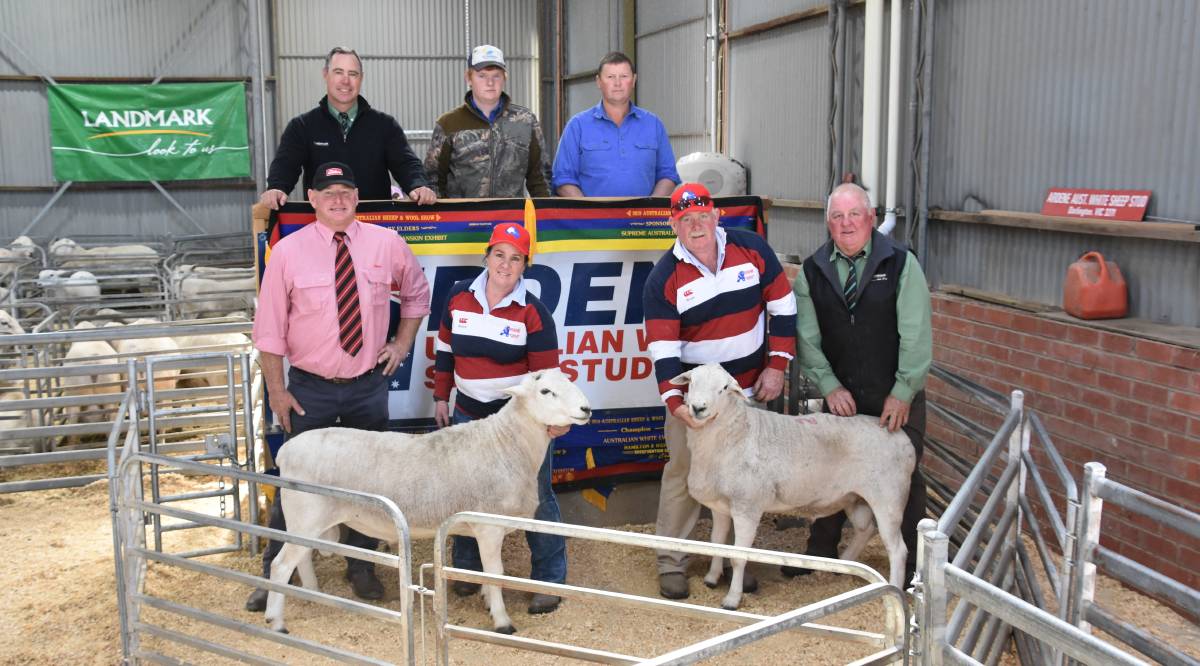 AT ARDENE'S first on-property auction at Mount Torrens, Bruce and Jannie Hodgson achieved an increase in the top and average price, while also improving their clearance rate.

AT ARDENE'S first on-property auction at Mount Torrens since relocating from Vic, Bruce and Jannie Hodgson achieved an increase in the top and average price of their Australian White offering, while also improving their clearance rate.

It was knocked down to the Highveld stud, Condoblin, NSW, which was operating via phone through Richard Hentschke, Elders Mount Pleasant.

DJ,KS,AR&DA Hale, Tantanoola, bought four ewes including the $3000 top price ewe at lot one. This ewe was part of Ardene's champion interbreed group at the Australian Sheep & Wool Show in Bendigo, Vic, in July. The Hales also took home two rams, paying to $4000.

It was great to see such a large crowd showing interest in the breed. - BRUCE HODGSON

"There was strong competition on all types - stud ewes, stud rams and flock rams selling to a large range of areas and climates," Mr Miller said.

"It was great to see such a large crowd showing interest in the breed," he said.

"There were a large number of new clients."

The sale was conducted by Landmark Fawcett.