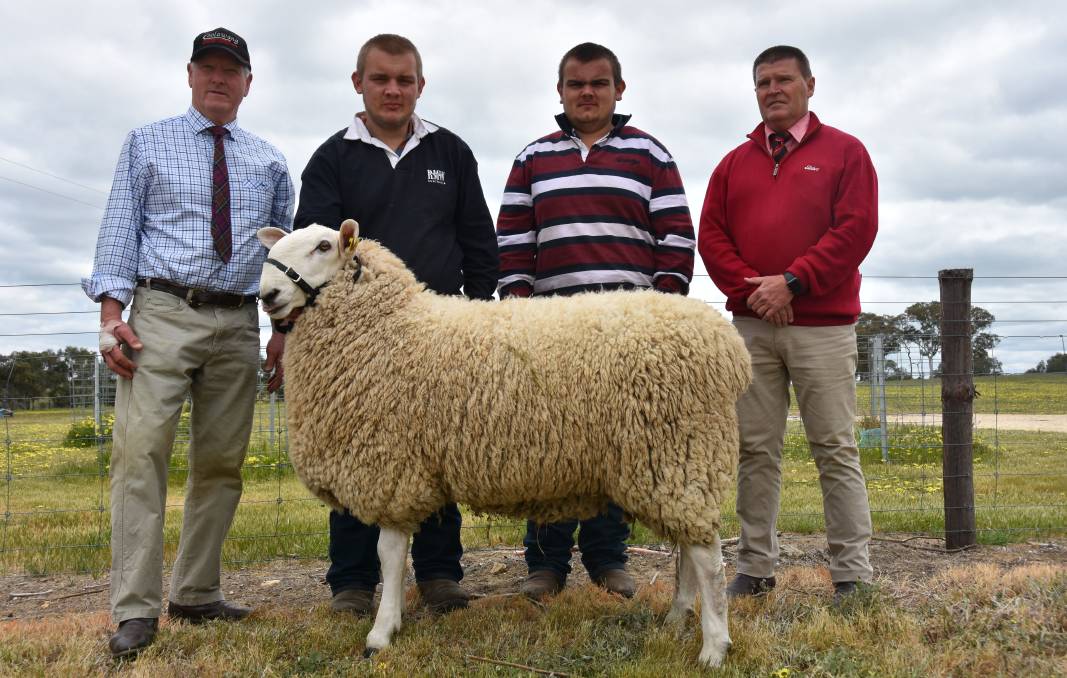 AN impressive Border Leicester ram from the same family as Coolawang's interbreed supreme champion ram at the recent 2019 Royal Adelaide Show notched up the $8000 sale high at the stud's annual on-property ram sale.

The August 2018 drop - 226/18 - which was from the Oaks Victory line was knocked down to the Grossman family, Koonawarra stud, Angaston.

The full wool ram had caught Mark Grossman's eye at the show, where it stood second in the class to the eventual supreme champion and was a member of Coolawang's team which was runner-up in the prestigious interbreed group of three rams.

"He was a very correct structure, good dense wool coverage, good breed type as well as his excellent fleshing with the biggest eye muscle at the show at 48mm," he said.

The next highest price stud ram offered by the James family was lot 5, Coolawang 351/18, which made $7000 to the Mutton family, Cloverlea stud, Naracoorte.

The front half of the flock ram catalogue really fired with many rams making $3000 to $4000 but there were more opportunities for buyers with lesser budgets throughout the sale.

Stark Grazing, Naracoorte, outlaid the top money for a flock ram for lot 30 in their tally of 12 rams.

Elders stud stock manager and auctioneer Tony Wetherall said it was an impressive feat to put up 220 Border Leicester rams of such quality.

"They (The James family) have a strong commercial focus on their own business and their rams are highly sought after from a commercial point of view, it is certainly evident that premiums are paid for their bloodlines," he said.

Trevor James was very pleased to be able to get rams out to their clients who were more budget conscious by again increasing their offering.

He was pleased with their progress in breeding rams with good, crimpy wool types and good structure.

"The season was a bit more challenging because we haven't had good growing weather in the past month, even our lambs are behind - we haven't moved any lambs yet," he said.