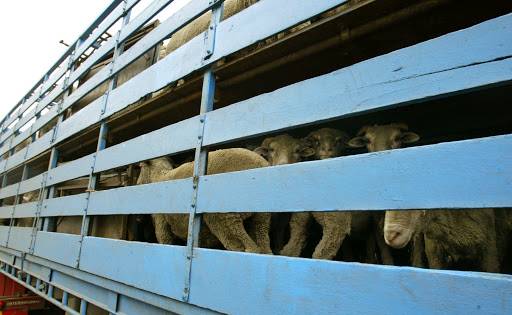 AN SA-BASED livestock transporter has plead guilty to two charges of animal cruelty and received a $5000 fine and conviction in the Horsham, Vic, Magistrate's Court.

AN SA-BASED livestock transporter has plead guilty to two charges of animal cruelty and received a $5000 fine and conviction in the Horsham, Vic, Magistrate's Court.

The 51-year-old transporter from Keith faced court last week in relation to animal cruelty charges for a consignment of sheep transported to a western Vic abbatoir in May last year.

During the journey a number of sheep went down in the truck and were unable to walk upon arrival at the destination.

At the destination, the transporter proceeded to throw a number of sheep from the top of the unloading ramp and back of the truck and they fell from an elevated height to the ground below.

The transporter then left live and dead sheep piled on the ground and failed to seek appropriate attention or treatment for the sheep that were still alive.

Agriculture Vic submitted to the court that the transporter, who was in charge of the animals during their journey, including their unloading at the abattoir, had a fundamental duty of care, which he failed to exercise, resulting in further suffering to the already weakened animals.

The Magistrate said the seriousness of the offences led to imposing a conviction on the offender.

Agriculture Vic animal health and welfare compliance manager Daniel Bode said livestock transporters had a responsibility for the welfare of all animals under their care from the time they were loaded through to and including unloading.

"If you find livestock that are weak, ill or injured then they simply can't travel," he said.

"Any animals in distress must be handled humanely and never thrown or dropped during any stage of the transportation process.

"Seek assistance for any distressed animals the very first chance you get - and let the receiver know of any weak, ill or injured animals straight away.

"This case is a reminder that livestock transporters must exercise their duty of care - and that the mistreatment of animals during transportation will not be tolerated by the court or the community."