AN UPSTANDING ram with the figures to back it up attracted plenty of interest at the 33rd Galaxy Park and Fingerpost White Suffolk Sale. 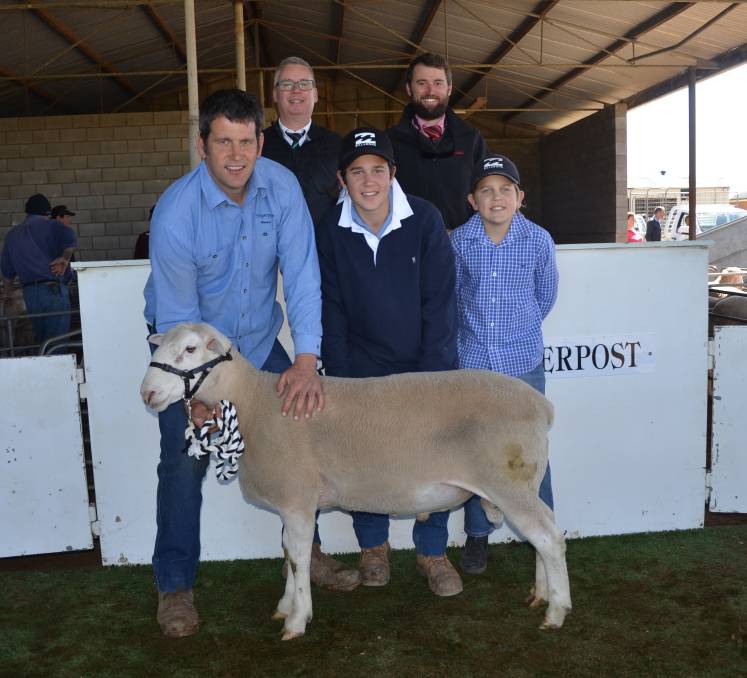 AN UPSTANDING ram with the figures to back it up attracted plenty of interest at the 33rd Galaxy Park and Fingerpost White Suffolk sale at Monarto.

It was bought by Anden Stud, Woomelang, Vic, via phone bidding.

Stud principal Barrie Gale said it was pleasing to see so much interest in the ram as it had been one they admired themselves.

"It was smooth across the back and the figures stack up too," he said.

"It has a mild birthweight with great figures for growth rates.

"It's probably the most correct ram of this year's drop."

Regular clients CA Paech and K Molnar, Tepko, were one of the sale's volume buyer with seven rams to $1400, averaging $1085.

The Gale family once again held its auction 'bingo' with ram 38 - bought at $1100 - going to its new home free-of-charge, while the same amount will be donated to the McGrath Foundation.

Mr Gale said more than $3000 had been donated to the foundation in the past three years - prior to this donation.

The sale was conducted by Landmark and Elders with Landmark's Gordon Wood the auctioneer.