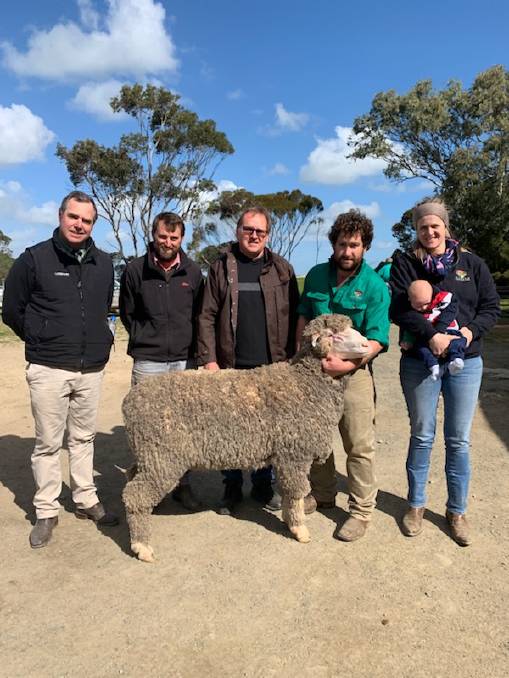 FLAIRDALE sold Poll Merino rams to $7200 on Monday, with stud co-principal Matt Lehmann pleased to see a few new clients in the mix.

Wayne, Lindy and Matt Lehmann offered 77 rams in all, selling 68 and averaging $2201, with a number of rams sold after the sale.

"That is a standard clearance rate for us, which we are happy with considering the season," Matt said.

"A few regular clients from up north were either not buying or only requiring half the numbers, so the new clients, mainly from local areas, helped sales a bit."

Mr Lehmann said the Buchanans were long time clients of about 25 years.

Landmark auctioneer Richard Miller said the Lehmanns were big supporters of Australian Sheep Breeding Values and had a number of rams ranked in the top 5-10pc on growth, carcase and wool traits.

"Flairdale produces a modern dual-purpose Merino that customers are able to shear twice a year," he said.

BA&DJ Paxton, Kingscote, have also been buying at Flairdale for more than 50 years and went home with nine rams to $5800, averaging $3644.

But the sale's biggest volume buyer was relatively new client, the Bartlett family, Orroroo, who attended the Flairdale ram sale for the first time last year, buying eight rams. This year they returned to buy 16 between Scott Bartlett and father Kevin, averaging $1112.

Elders and Landmark conducted the sale.