All the photos of the Royal Adelaide Show Merino champions. 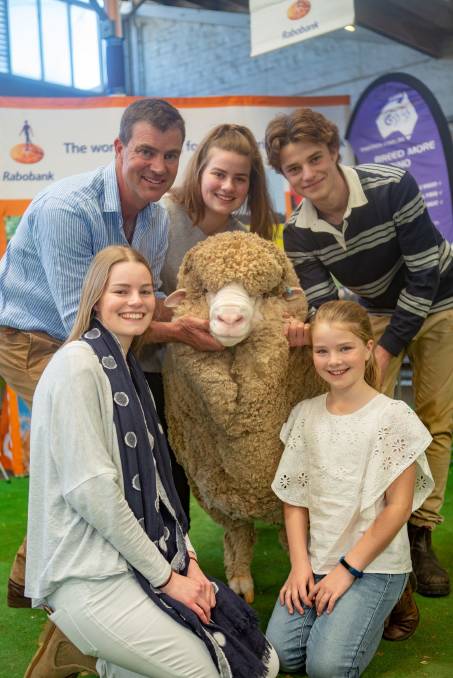 The Merino sheep have been judged and sashed for another year at the Royal Adelaide Show.

Above is a gallery of all the champion Merinos from this year's show.

A massive, heavy-cutting strong wool Poll Merino ram from the Old Ashrose stud at Hallett has given the Mid North stud its first supreme success at the Royal Adelaide Show in 25 years.

In the August-shorn classes a long-bodied, strong wool Poll Merino from Old Ashrose, Hallett, edged out the competition to win grand champion ram for its wool cutting ability and sire appeal.

In the Fibre Meat Plus class a very correct, upstanding Merino ram from the Meyer family's Mulloorie stud, Brinkworth and Tintinara, scored the top spot.

Langhorne Creek won the Stock Journal's most successful exhibitor Poll Merino and Merino exhibitor trophy for the third time in 17 years as sheep exhibitors at Adelaide.

Despite competing against more than double the number of sheep in the Prime SAMM judging this year, Galaxy Park stud again rose to the top, claiming its second straight supreme champion ribbon.

It was the biggest School Wether Competition yet, and this year's feature of the sheep shed did not disappoint. Cleve Area School's Sims Farm was triumphant in the overall award, exhibiting the team of three wethers with the most valuable meat and fleece evaluations.

Experience on the farm and in the judging ring paid off as Klay Smith, Cowell, was named the Merino sheep young judges state winner.

Sophie Nuske, Sheringa, has claimed first prize in the Merino fleece young judges competition, after finishing on the podium in the previous two years.

Shannon Donoghue, 24, Naracoorte, took out the Prime SAMM young judges competition on 132 points, only just ahead of Lachlan Grossman, 20, Angaston, on 130, while Naracoorte High School student Ben Frick, 15, Padthaway, came in third on 124.