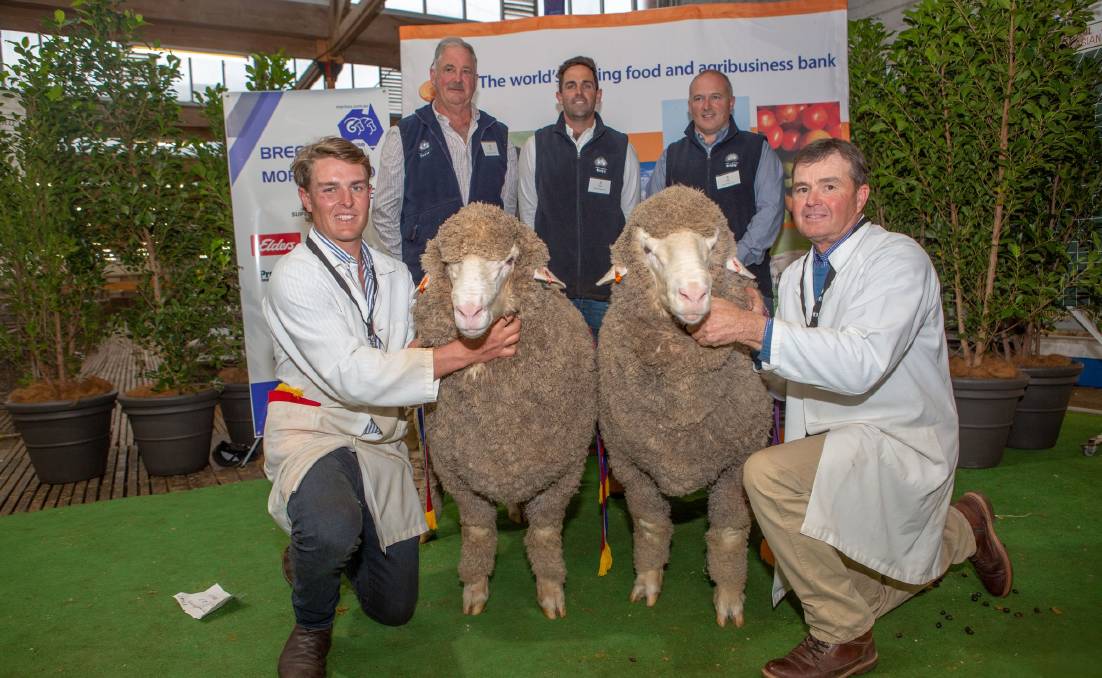 The three judges - Andrew Calvert, Tas; Mitchell Hogg, WA and Peter Wallis, Pinnaroo - gave the nod to the strong wool ram, NA226, exhibited by the Ashby family, Gulnare, which rose through the ranks from a class of more than 40 entries, the under 1.5 year old class.

The strong wool drew high praise for its length of staple and wool coverage while the fine wool champion was reserve.

The 20.3 micron ram impressed Mr Hogg as a "beautiful, big barreled sheep with plenty of nourishment".

Its other test results included a 2.7 standard deviation, 13.3 coefficient of variation and 99.7 per cent comfort factor.

'When you turn him over he is very wide in the back end, more so than the reserve," Mr Hogg said.

'We have sold a bit of that ram's semen overseas but I think this bloke is an even better model," Tom Ashby said."

"We just love his shape, depth of body and rich, well defined wool-he is a great balance of a sheep."

The reserve grand champion ram, a 19.4M son of Wallaloo Park 684 sold at the Adelaide ram sale for $16,000 to Loller Partners, Karoonda.

"The champion shows the attributes of the true dual purpose Merino with a wonderful carcase and good crimpy wool and plenty of it," Mr Calvert said of his fine wool champion.

Champion medium wool ram went to John and Heather Dalla, Orrie Cowie, Warooka with a 20.0M ram which had plenty of depth of breeding.

Orrie Cowie 181434, was an embryo transfer bred son of OC Trojan and out of an OC Eclipse ewe.

"He is only a June drop and he is starting to come into his own- the first year we showed in Adelaide his mother was junior champion ewe of the show," he said.

Mr Wallis said "wool quality" got the ram, which sold to North Cowie stud, Warooka, for $30,000 in the Adelaide ram sale, over the line.

'There were probably rams that were probably bigger and heavier but he had the superior wool quality and quantity with beautiful weight of wool and a beautiful, soft muzzle," Mr Wallis said.