Glental Partnership broke through to win the grand champion in the led steer competition. 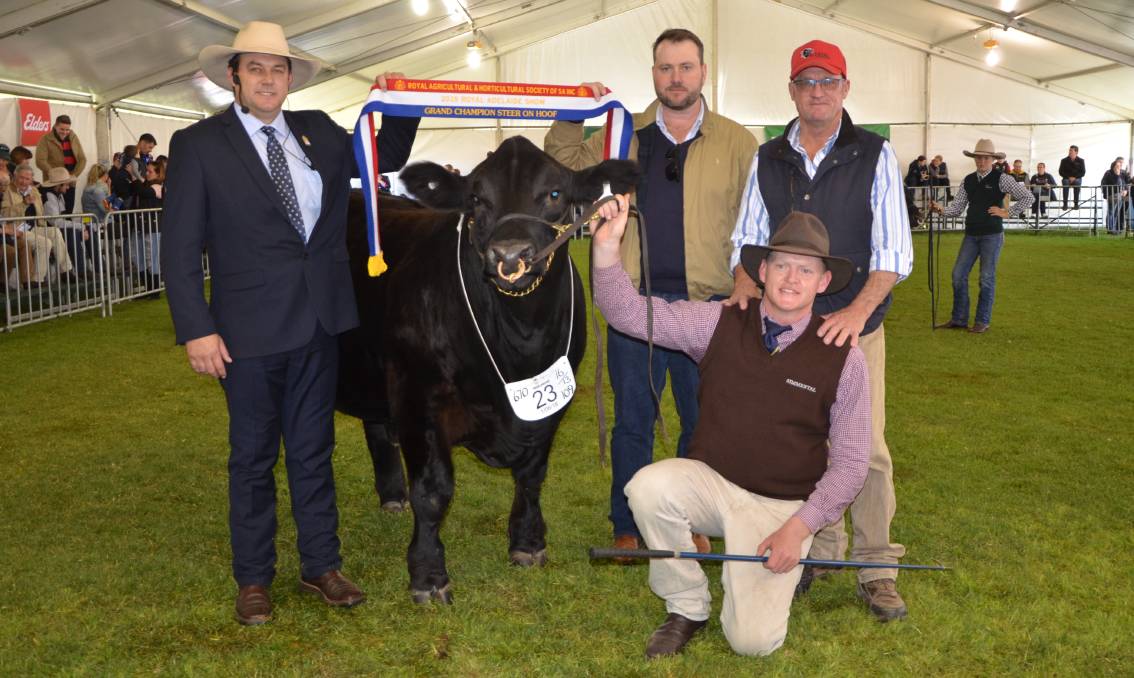 AFTER several year's of winning the champion and reserve champion export class led steer, Glental Partnership was delivered its first grand champion ribbon during the led steer on hoof judging.

"I loved the body and maturity pattern, that depth of volume, capacity and carcase," he said.

"It has a really beautiful body, plenty of muscle and plenty of yield."

The 670 kilogram steer was previously judged as export champion and had a rib fat of 13 millimetres, 16mm rump fat and a 109 centimetre-square eye muscle area.

"We lost a very dear friend Grant Jackson to cancer, and this steer is named after him, so it was a very special moment," he said.

Mr Spry said the steer was well balanced, with a big eye muscle and softness.

Mr Spry said it was a calf that appealed to him.

"It stuck in my mind all day, and I am sticking with my first impression," he said.

"It had plenty of width, volume and depth and was really well covered.

Mr Spry said it was an animal with "plenty of carcase" and "eye appeal".

Woonallee Popcorn P523 has a 7mm rump fat, 6mm rib fat and 75sqcm EMA and was praised by Mr Spry as being "right on the money" and a "stylish" calf.

Mr Spry said the key aspects he was considering when judging were the same he put to work when buying cattle for the supermarket chain.

"You want good eating quality traits, yield, even fat distribution, and cattle with carcase and shape in the hindquarter," he said.

He said he had been stumped a few times in classes by the consistent quality on display but was impressed by the standard.

"I'm super happy with what we got out in the ring," he said.

"This is a fantastic opportunity to show of the red meat sector."