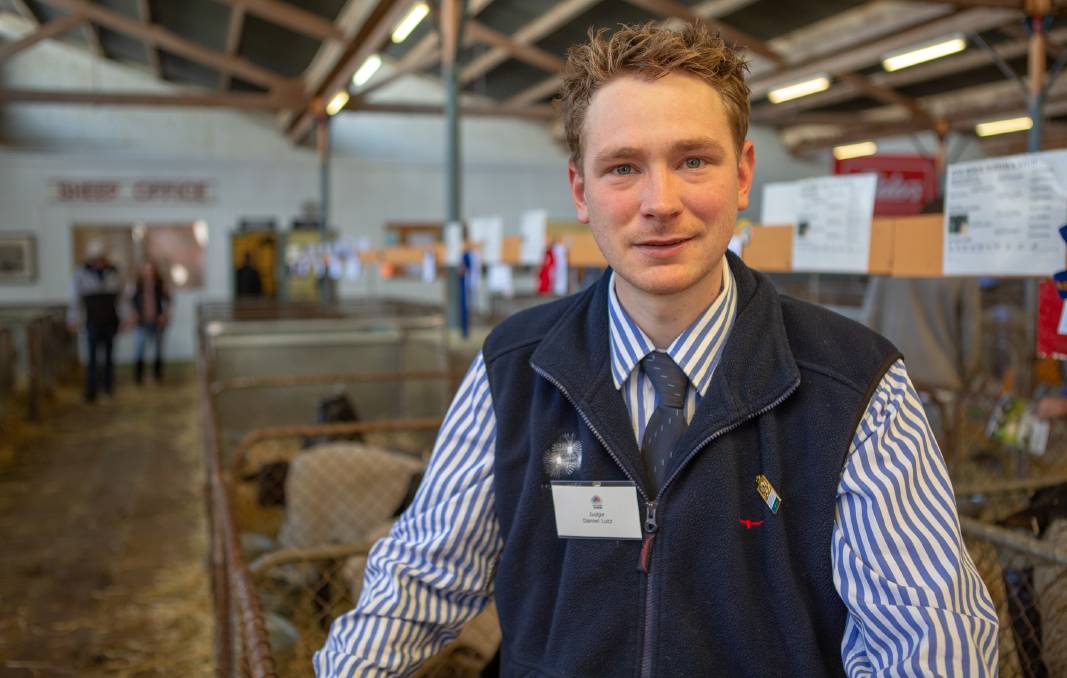 CRITICAL GAZE: Daniel Lutz, Henty, Vic, began his judging career in young judges events at the Royal Adelaide Show a decade ago, and he has returned to put those skills to the test in the main competition.

Ten years on from winning the state junior judging, Daniel Lutz has returned to the Royal Adelaide Show to judge for real.

A DECADE ago, Daniel Lutz was victorious in the state meat sheep young judges final, and this year he returned to the Royal Adelaide Show as a judge in his own right.

He was treading the familiar floor of the sheep shed to judge the Ryelands, Southdowns and interbreed classes.

Mr Lutz did not grow up on a farm and credits the showing experience, and attending Urrbrae Agricultural High School, as the major driver behind his career path.

In his junior show career, Mr Lutz represented SA four times in the meat sheep judging and once in the Merino judging. He also came to the Royal Adelaide Show to show his own sheep or work for other studs.

"To come and judge brings back memories," he said.

"It's such a big show, and a prestigious show, so it means a lot to me to be here."

Mr Lutz's grandparents had farmed in Germany - "it's in my blood" - but it was not until he went to Urrbrae and started attending shows that he developed his passion for the sheep industry.

He said the junior judging competitions had helped build his confidence with public speaking, while exposure to fellow breeders helped develop his eye for sheep.

"The good thing about the show is the connections you build," he said. "People in the sheep industry want to help the next generation.

"It's because of my contact with the show, (that's) how I got my stud."

Mr Lutz said Suffolks were a particular passion of his, in part because of his early connection through Urrbrae's own Suffolk stud.

He said there was also something special about the chance to judge the sheep of Ryeland entrant Michael Osborne, Millicent, who was one of his early supporters.

"I used to work with him and he taught me a lot, so it was quite fun that I got to judge his sheep," he said.

"It doesn't matter what you're judging, the basics for a good sheep are the same.

"Then there is knowing the breed type and breed description."