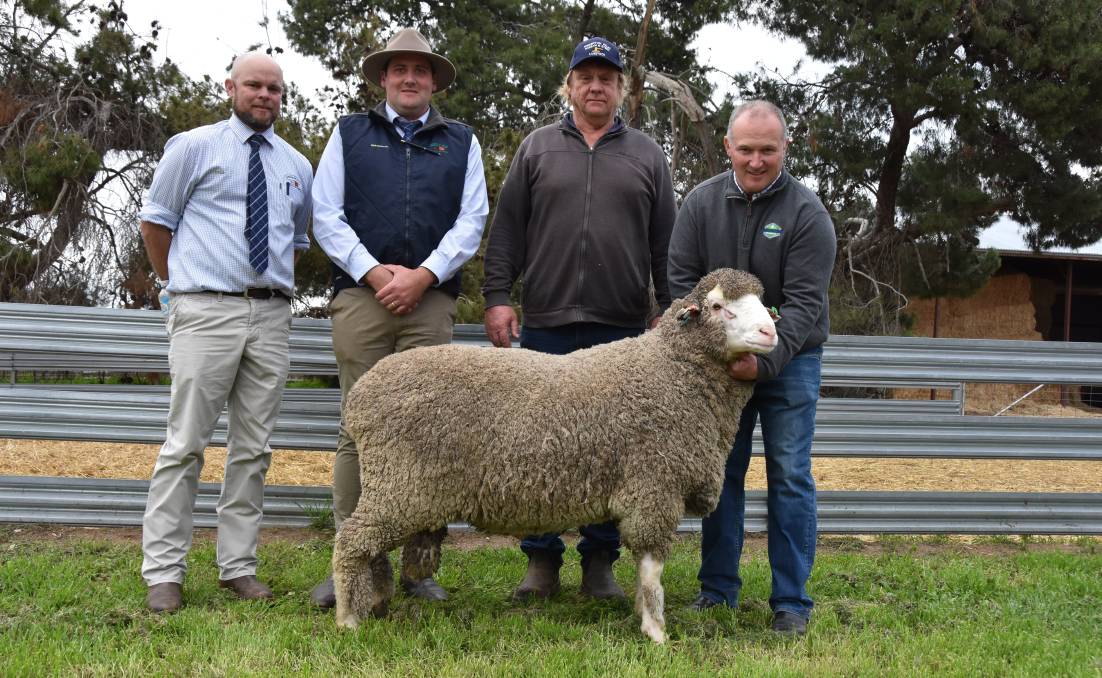 But Friday's sale was a day for value with many volume buyers going home with their first picks at less money than last year.

The Farrs who are regularly among the top pens at the blue ribbon Lameroo off-shears sale, selected lot 24, GP755.

They breed their own rams and were looking to add density to their commercial flock to keep the dust out in low rainfall years been having.

"It weighs 121 kilograms with quality wool and plenty of it," Mr Farr said.

The 19.6 micron ram had impressive tests including a standard deviation of 2.5, coefficient of variation of 12.8 per cent and comfort factor of 99.7pc.

The lot 24 ram also had an exceptional Merino Production plus index of 166-easily ranking in the top 10pc of 2018 drop Merino rams on Merino Select, including a yearling clean fleece weight of 22.7.

It was a son of ET-bred GP567, which has bred well for the stud.

Sons of Moorundie NE73 - a ram which Glenlea Park bought at the Hamilton Sheepvention sale for $30,000 again sold well, producing the next two highest priced lots.

"In comparison to other years there was a lot more at the lower-end commercial values, a few of those top end rams pushed the average up but there were a lot of rams in the $1000 to $2000 bracket," he said.

Mr Wallis said it was easily their best quality offering but noted that many of their clients had sold off at least one mob of ewes and had lower ram requirements this year.

"We have changed our sheep a lot the past five years- we have got to the point that we have thickened them up and have re-established bone and constitution without sacrificing staple length," he said.

Spence Dix & Co auctioneer Luke Schreiber said it was a solid sale without reaching dizzy heights aside from the $9200 top price.

"As the quality of the catalogue was right throughout I think buyers were able to go right to the end to get their good rams so we didn't see those big spikes early, so it found a steady state in between $2000 and $3000," he said.

Mr Schreiber said it was an "outstanding" offering.

"They have a very good balance of wool quality and cover backed up with the fertility that is known in the Glenlea Park sheep," he said.