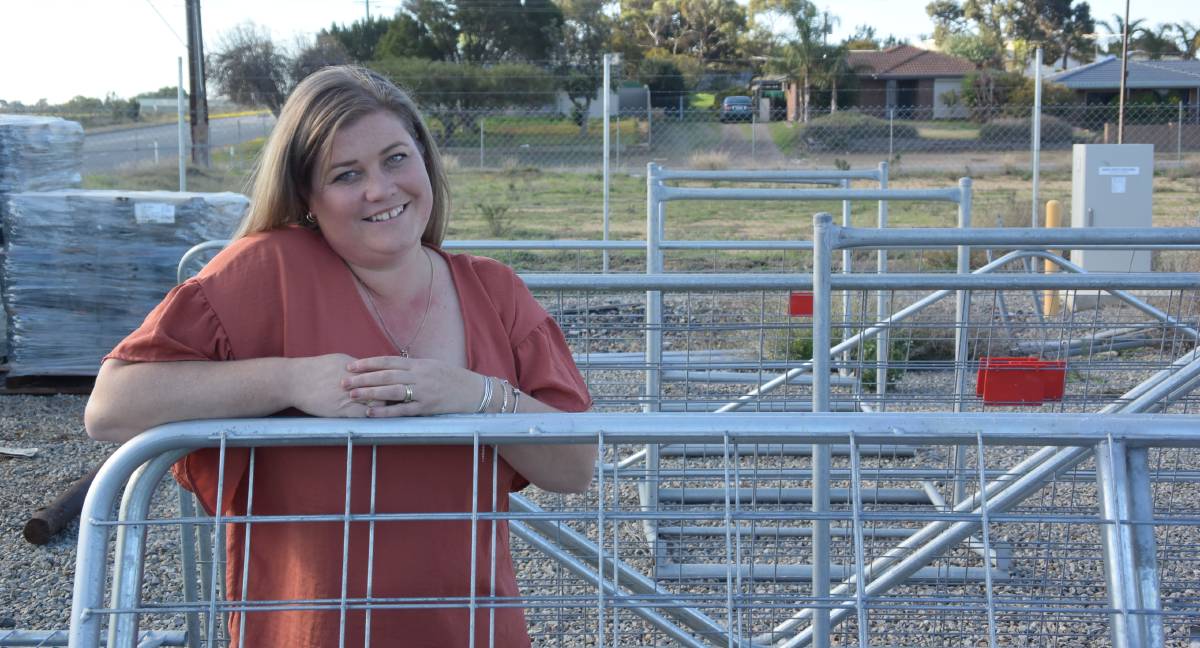 STUDENT INVOLVEMENT: Murray Bridge show committee member Zoe Jones is running the inaugural school agriculture competition at the towns show this year, which she hopes will attract entrants from far and wide.

Livestock sections of country shows across the state are being given a new lease on life, with many show committees ramping up their efforts to put livestock back in the spotlight.

Livestock sections of country shows across the state are being given a new lease on life, with many show committees ramping up their efforts to put livestock back in the spotlight.

SA Country Shows president Francis Andrews said having livestock competitions on the schedule helped attract a wider range of people, by ensuring the show covered all avenues of interest.

"I think it opens the gate up for more individuals to come to a local show, if you have something for everybody," he said.

Mr Andrews said the show movement was "revolving more and more around livestock", in line with a heightened interest in livestock across the country.

"Livestock in general is getting renewed basically all over Australia, I think we'll see a resurgence in the industry," he said.

Such a resurgence was evident earlier this year at the Mundulla Show, which held a prime lamb competition for the first time in four years, attracting 54 entries of 10 sheep across three competitions.

"The competition was very well supported, it created a lot of interest from the Riverland all down through the South East," Mr Andrews said.

He said feedback from judges was one of the main incentives enticing entrants to be involved in livestock competitions.

There are so many kids wanting to know what's going on they are wanting to find out about the agriculture of Australia, and we cannot knock them back. - JANET KING

While a heightened interest in livestock was encouraging, Cleve show president and past SA Country Shows president Janet King said an additional focus needed to be placed on allowing young people to be involved in shows, namely by holding junior judging competitions.

"The young judges are quite often girls and boys off farms and they are the ones that are going to keep your show going, because that's the agriculture part of it," she said.

"There are so many kids wanting to know what's going on - they are wanting to find out about the agriculture of Australia, and we cannot knock them back," she said.

Ms King said junior judging competitions had increased in popularity in recent times, possibly due to the allure of opportunities awaiting major winners.

"The young judges that win country shows go to Sydney for the Australia and New Zealand competitions, and then they have the chance to go overseas and see how things are done there.

"It's a snowball effect if you're really keen."

Ms King said while junior judging competitions were primarily for those aged between 15 and 25 years old, younger entrants were never turned away.

"When I first started (as SA Country Shows president) there was a little bloke, he could hardly see over the table, and we let him go in the competition regardless of the fact that he wasn't old enough to go away if he won. And now he wipes the board, he is absolutely brilliant," she said.

A school agriculture competition will be held at this year's Murray Bridge Show on September 28, with the aim of getting children involved in and excited about agriculture.

Show committee member Zoe Jones is the driving force behind the inaugural competition.

"I want kids to understand where their food comes from, and to get them excited about pulling up those carrots, or bringing their chicken in that they've got in the cage at kindy," she said.

"Shows aren't just for rides and showbags, there's actually a purpose and an excitement to show off what you've produced all year."

The competition will be open for children in kindergarten through to year 12, entering as teams with goods produced on school grounds.

"There are (categories including) fruit and veg, sheep, dairy, goats, beef and poultry, so even kinders can enter the comp with their chicken or a few eggs, and it's exciting for young kids to be able to do that," Ms Jones said.

She hoped the simplicity of the competition format would be an enticing factor for entrants.

"Shows have your sheep section and your dairy section, but they're more for your studs, and it can be more complicated if you're not really sure how to go about it or if you're new to the industry, whereas I think this competition is quite basic and quite simple - it's simple for everyone," she said.

"There are only about four classes to each category, it's simple, it's clean, it's easy, it's not a stressful kind of show.

"Being a free entry, you've got nothing to lose."