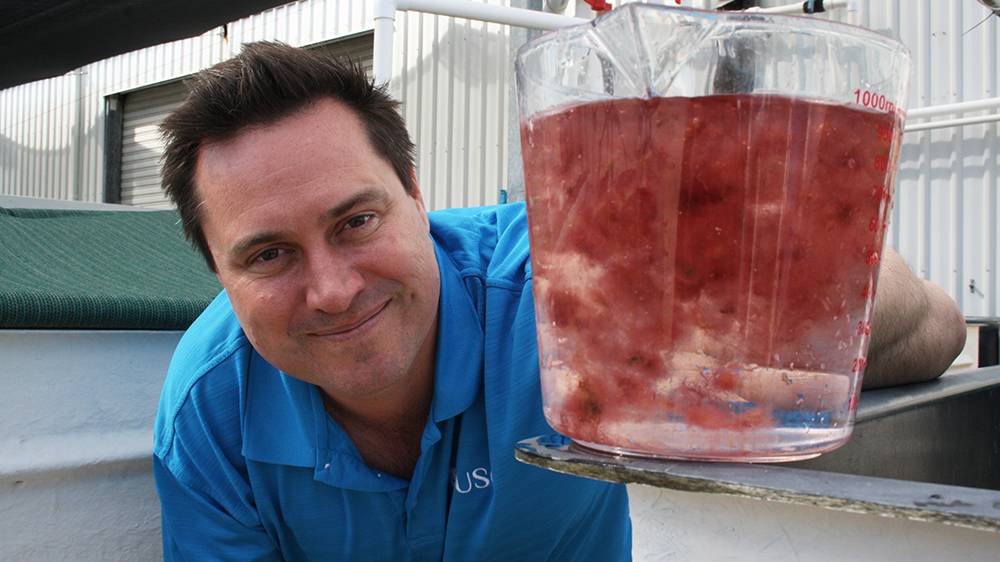 PRETTY IN PINK: USC Seaweed Research Group leader Associate Professor Nick Paul said that if Australia could grow enough of the seaweed for every cow in Australia, the country could cut its greenhouse gas emissions by 10 percent.

A puffy pink seaweed that can stop cows from burping out methane is being primed for mass farming by researchers from the University of the Sunshine Coast.

A puffy pink seaweed that can stop cows from burping out methane is being primed for mass farming by researchers from the University of the Sunshine Coast.

USC Seaweed Research Group leader Associate Professor Nick Paul said that if Australia could grow enough of the seaweed for every cow in Australia, the country could cut its greenhouse gas emissions by 10 per cent.

The particular seaweed species, called Asparagopsis, grows prolifically off the Queensland Coast, and was the only seaweed found to have the effect in a study five years ago led by CSIRO.

"Seaweed is something that cows are known to eat. They will actually wander down to the beach and have a bit of a nibble," Dr Paul said.

"When added to cow feed at less than 2pc of the dry matter, this particular seaweed completely knocks out methane production.

"It contains chemicals that reduce the microbes in the cows' stomachs that cause them to burp when they eat grass."

The USC team is working at the Bribie Island Research Centre in Moreton Bay to learn more about how to grow the seaweed species, with the goal of informing a scale-up of production that could supplement cow feed on a national or even global scale.

"This seaweed has caused a lot of global interest and people around the world are working to make sure the cows are healthy, the beef and the milk are good quality," Dr Paul said.

"But the one missing step, the big thing that is going to make sure this works at a global scale, is to make sure we can produce the seaweed sustainably."

Project scientist Ana Wegner said the team's challenge was to find the perfect growing conditions to move crops from the laboratory to large outdoor aquaculture tanks.