A visit to the Captain Harry Butler Memorial was all the inspiration Bev McWilliams needed to turn the pioneering aviator's life into a children's storybook, ensuring it will be treasured for generations to come. 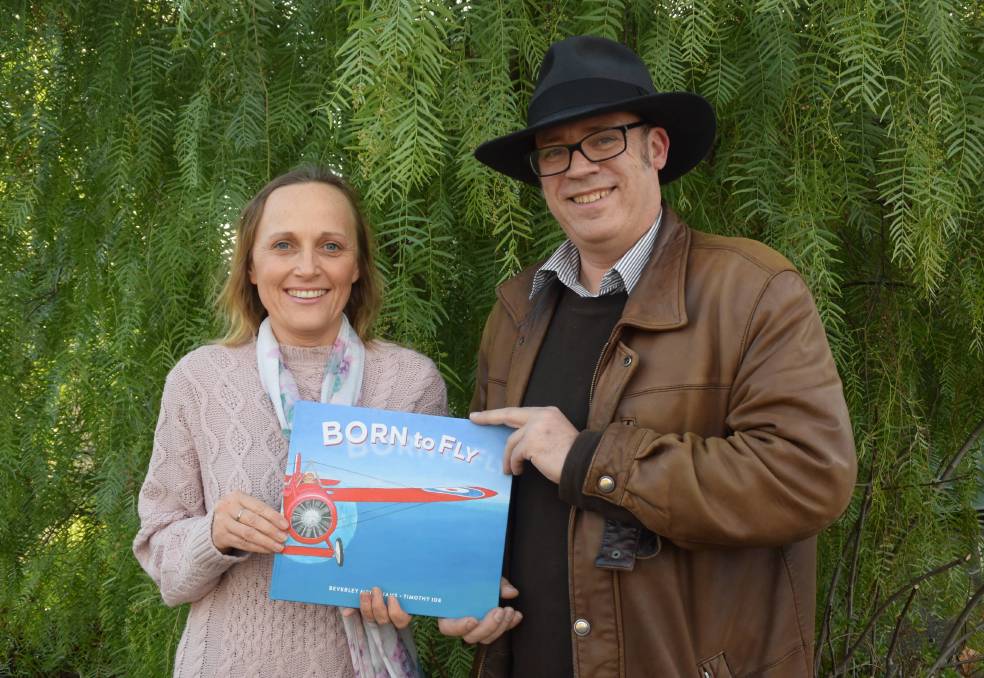 A visit to the Captain Harry Butler Memorial was all the inspiration Bev McWilliams needed to turn the pioneering aviator's life into a children's storybook, ensuring it will be treasured for generations to come.

"I'd always been interested in aviation history, and I've always wanted to write a children's history book - when I saw Harry's plane (The Red Devil) I thought his story could be inspiring for children," Bev said.

The book, Born to Fly, details Harry Butler's aviation journey, from studying the flight of chickens in the late 19th century, to travelling to England to join the Royal Flying Corps, then returning home and making history by completing the first airmail flight across water in the southern hemisphere, leaving Adelaide and crossing Gulf St Vincent to his home town of Minlaton in 1919.

"Hopefully the book will appeal to young children who might enjoy the story, but also older children who can appreciate the history behind it," Bev said.

She first thought to write the book in February last year, and was unaware of the upcoming centenary celebration, until Harry's descendants told her about the milestone when she approached them with her idea to write the story.

I'm proud that the story is back out there, hopefully he'll be remembered. - BEV McWILLIAMS

"It was going to be a bit of a gamble to get it all done in time, but I decided I was going to do it," she said.

Bev spent about six weeks researching Harry's story, by looking through archives with old newspaper articles, magazines, postcards and letters, before beginning to write the story.

She then teamed up with illustrator Timothy Ide and publisher MidnightSun. The book will be officially launched later this month, but will be available at the centenary celebrations in Minlaton at the weekend, along with another book about Harry Butler, The Red Devil, written by Les Parsons, Samantha Battams and Malcolm Riley.

Bev felt "honoured" to write Born to Fly, and while she had come across many people who had not heard of Harry's achievements, she hoped the book would ensure his story was cherished.

"In his time, he was a celebrity, everyone knew him, and for him to have fallen out of everyone's knowledge seemed quite sad. So I'm proud that the story is back out there, hopefully he'll be remembered."

Bev encouraged people to attend the centenary celebrations this weekend, and said it was "important to remember our local heroes".

"It's easy to get caught up in modern life and forget how amazing someone like Harry was. When Mr Butler first wanted to fly, the Wright Brothers hadn't even taken a plane into the air," she said.

AFTER Bev McWilliams discovered a serendipitous connection between herself and Harry Butler, she felt as if writing a book about the aviation pioneer's story was "meant to be".

While researching his life, the Born to Fly author discovered that while Mr Butler was in the United Kingdom training pilots and being involved in the Royal Flying Corps, he was based in a small seaside town in Yorkshire called Marske-by-the-Sea, where Bev is originally from.

"It was actually the town I was born in and where all my family live," she said.

"The street names are all named after pilots, or they have something to do with aviation, but I didn't know they used to have airfields there," she said.

I'd studied writing a little bit, and thought "maybe I could do this". - BEV McWILLIAMS

After studying a law degree and then working in accounting, Bev is fairly new to the writing world, with Born to Fly being her first book.

"I've always loved writing, but I never really thought about being a writer," she said.

"I'd studied writing a little bit, and thought "maybe I could do this"'.

Writing Born to Fly was an experience Bev "absolutely loved", and now that the process is complete, she is ready to think about writing another story.

"I definitely want to do another one, I'm just not 100 per cent sure (what I'll write about yet)," she said.

"Hopefully in the next six weeks, when I get this completely out the way, I'll be putting my feelers out for somebody else I can write about, but I'd definitely like to write about another South Australian," she said.