A student who began working with cattle earlier this year has won the Rabobank Encouragers award. 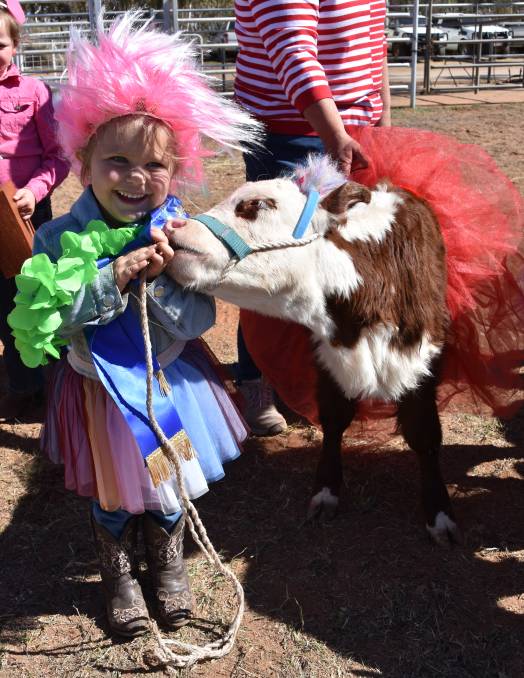 A STUDENT who only began working with cattle at the start of the year has shown such promise in the showring that he received the Rabobank Encouragers prize at the Alice Springs, NT, Show.

Alice Springs High School student Ziggy Solezanwk was selected for the prize, which is in its 15th year and includes a $1000 bursary for the student to go to a heifer show, or other beef industry event, to expand their knowledge.

Year 10 student Ziggy said he had initially signed up to his school's rural curriculum to "get out of class".

"But I found it was full of really fun opportunities," he said.

During the school term, he would only get to spend one day a week working with the cattle but has also spent weeks with the herd during school holidays.

Rabobank senior rural manager Barry Gerschwitz, Darwin, said the award went to someone who was "not necessarily the best" but showed an interest in the industry as well as cooperation and good sportsmanship.

Junior handler 12-years and under went to Riley Eagleson, Alice Springs, who also won the 11-18 years handler with a poddy calf, while his younger brother Isaac Eagleson won the poddy calf handler, 10 years and under.

Winner of the junior judges, 12 years and under, was Aaron Hayes, Alice Springs, while Ara-Lei Landers, Miles, Qld, won the 13-18 years competition.