A SAGIT-funded project is using drones to take plant measurements. 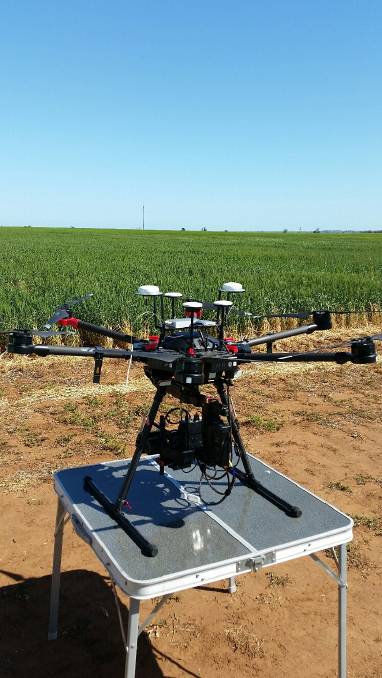 A SAGIT-funded project has confirmed accuracy in plant measurements taken via drone imagery when compared with those taken with traditional methods, opening up a range of possibilities for the technology.

The trial compared the accuracy of measurements such as growth rate, biomass and greenness using non-destructive drone imagery.

The research was conducted on GRDC wheat trials on sodic soils in the Mid North.

"We were able to show there is a good correlation between the data collected by handheld method and what we had extracted from the drone images, including measurements such as plant height," she said.

"We also found the method to be quite helpful in the measurement of biomass."

"A huge benefit of using drones is we can measure our varieties non-destructively in monitoring crop growth through time," she said.

Using drones, we can now assess a large number of plots quantitatively at a much quicker rate. - RHIANNON SCHILLING

"We can be limited by the number of plots we can physically monitor and assess," she said.

"Using drones, we can now assess a large number of plots quantitatively at a much quicker rate."

While drones have been available for a number of years, Dr Schilling's goal is to take full advantage of the technology.

It takes about 10-15 minutes to collect images from a trial site, with data processed at the URAF in several hours.

While satellite imagery is being used by some growers to monitor specific regions of their paddocks, drones have the potential to provide greater detail in some instances and can be used with satellite imagery.

"In terms of a grower wanting to get detail and a greater resolution on the performance of a particular crop within a paddock, a drone can be very useful," Dr Schilling said. 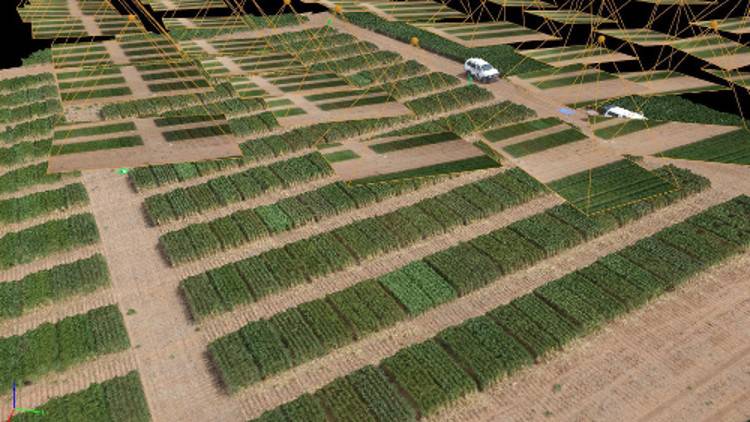