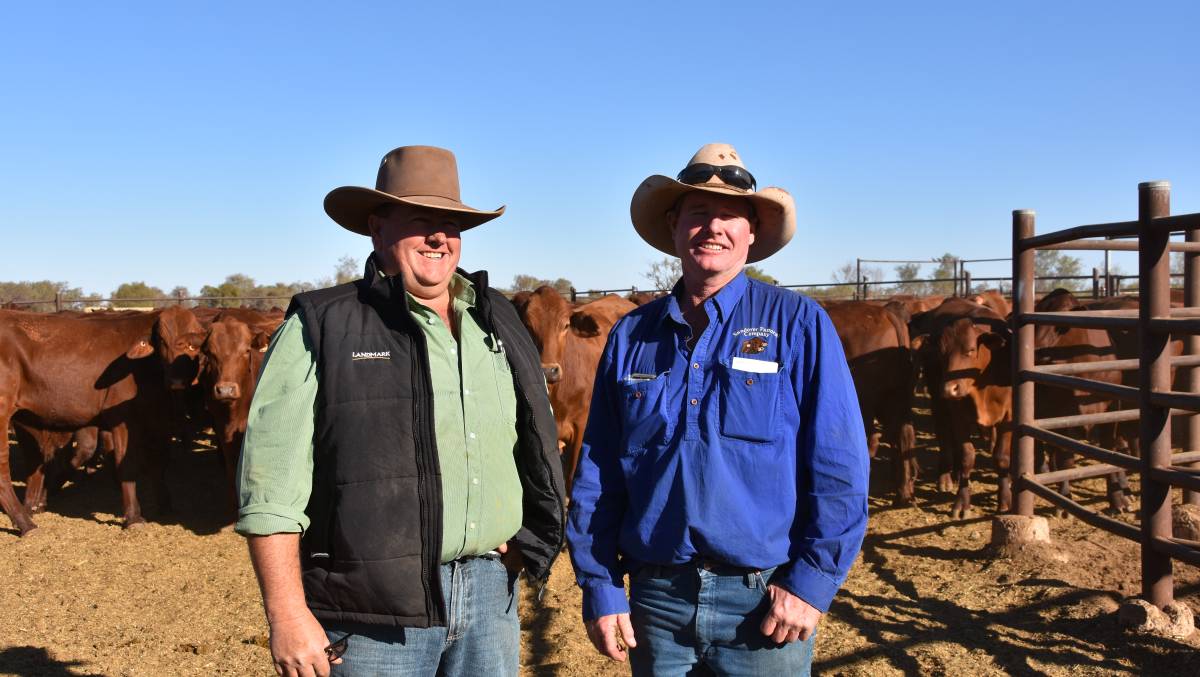 "But good quality cattle are always going to sell," he said.

"There has been a shortage of heavy fat cattle so there was demand."

He said there was also an advantage with large lines on offer.

"This sale is usually 10-15c/kg higher than southern sales on the day," he said.

Mr Gaff said the dry season meant there was a significant number of light cattle that might not have otherwise been at the sale.

There was strong buying support from interstate in Vic, NSW, SA and Qld, as well as local pastoralists who saw opportunity buying for young cattle.

"Cattle that had a bit of condition and weight about them sold well - probably better than I expected," he said.

"Unfortunately there are a lot of areas that are very dry so lighter animals felt the pinch.

"But overall, the cattle sold well."

Mr Eagleson said generally this sale was confined to milk and two-tooth cattle, but this year had been opened up.

"People who need to sell, want to be able to sell all they can," he said.

"It did mean there was a big variation in the sale."

The top price was achieved by Lucy Creek Station, which sold 35 Angus-cross 353kg, milk-toothed steers at sale high of $3.22/kg.

They achieved this price twice, with a second run of 64, 363kg Angus-cross steers of the same age.

In the heifer offering, Yambah Proprietors offered 104, 364-420kg Shorthorn heifers, which had been running with a Wagyu bull, which sold at $2.25/kg.