THE state government is considering dedicated laws to deter animal activists from invading SA farms as well as making it an offence for failing to hand over footage in suspected animal cruelty cases. LOCK OUT: Mount Compass alpaca breeder Chris Williams says interstate incidents have left him concerned about potential activist activity in SA, and is pleased to hear the government is taking action to protect farmers.

Attorney-General Vickie Chapman says there is a "clear sentiment to act", especially among their country-based members of Parliament, to protect the livelihoods and safety of the state's primary producers.

Under present laws, covered under Section 17 of the Local Nuisance and Litter Control Act 2016, trespassers can be fined up to $2500 for being on a property without a lawful excuse and fined $750 for interfering with a gate where livestock are being held.

But Ms Chapman says there is a gap in dealing with the more serious issue of individuals trespassing and wreaking havoc on farms.

"We need to make it clearer for the police to investigate and prosecute where there are legitimate acts of animal cruelty, but it should be dealt with through the proper authorities, not vigilantes," she said.

"For example, it is only a crime if someone trespasses and refuses to leave, why not make it more difficult by making it an offence to be on the property at all?"

SA Police has no animal activist incidents reported so far in 2019, but in September last year protesters stormed Strath Meats and staged a 10-hour sit-in on the roof of the abattoir.

She acknowledges everyone has a right to make their own choices and to lawfully protest, but said activists crossed the line when trespassing, putting farm incomes, employment and farm biosecurity at risk.

"In SA, I am not aware of any protests on farms or against restaurants that provide meat products," she said. 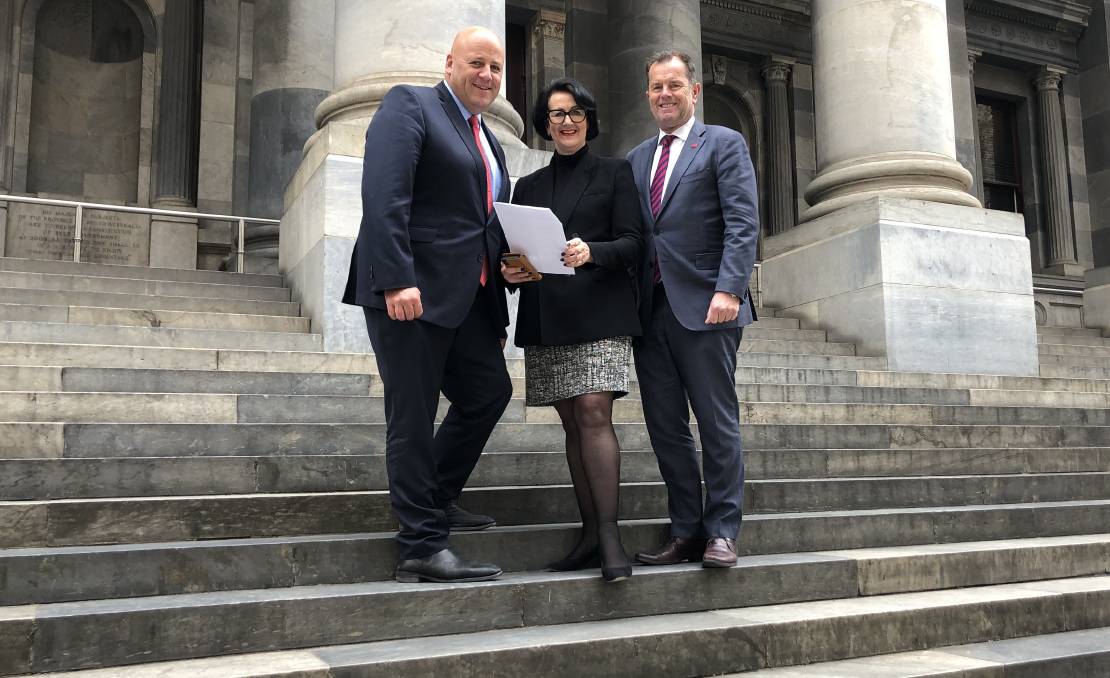 "It is of no consequence to me if people want to eat chicken, pork chops or peanuts, but we are working to ensure we protect the livelihoods of those conducting lawful operations against damage and disruption."

Ms Chapman says it is not a valid excuse that these activists are trespassing to film suspected acts of animal cruelty.

She is considering making it an offence for failing to present any footage in a timely manner to SA Police or the RSPCA.

"To keep something that could be evidence and not hand it to the authorities straight away is reprehensible," she said.

Personally, she would like to see serious animal cruelty and neglect cases, involving multiple animals or commercial operations, put in the hands of the state's director of public prosecutions.

These are usually dealt with by the RSPCA, which has had the contract to prosecute animal cruelty cases for more than 100 years.

It is only a crime if someone trespasses and refuses to leave, why not make it more difficult by making it an offence to be on the property at all? - VICKIE CHAPMAN

Primary Industries Minister Tim Whetstone says he is working closely with the Attorney-General on options to further protect SA farmers.

"Farm trespass is a significant issue across the country and any situation where our primary producers have their ability to do business affected or, even worse, their security and safety put at risk is unacceptable," he said.

Mount Compass alpaca breeder Chris Williams has no problem with tourists stopping on the side of the road near his property to take photographs of his animals, but admits to being concerned about being a target of activists.

"We haven't gone to the trouble of setting up cameras around the farm to see how many people do come onto the property, we have had gates left open but we don't know if that is us or someone else," he said.

"I have no problem with how people choose to live their life as long as they don't push their views onto me or affect my business," he said.

Mr Williams says animal welfare is their number one priority at Ambersun Alpacas and they have worked hard to develop a totally sustainable business.

"All farmers that farm livestock love their animals," he said.

"Every animal has been bred for a purpose- we have our breeding females and our animals specifically producing fleece for our fleece products, and once they are no longer of breeding age or their fleece is not to the style we want we have developed a meat business for them."