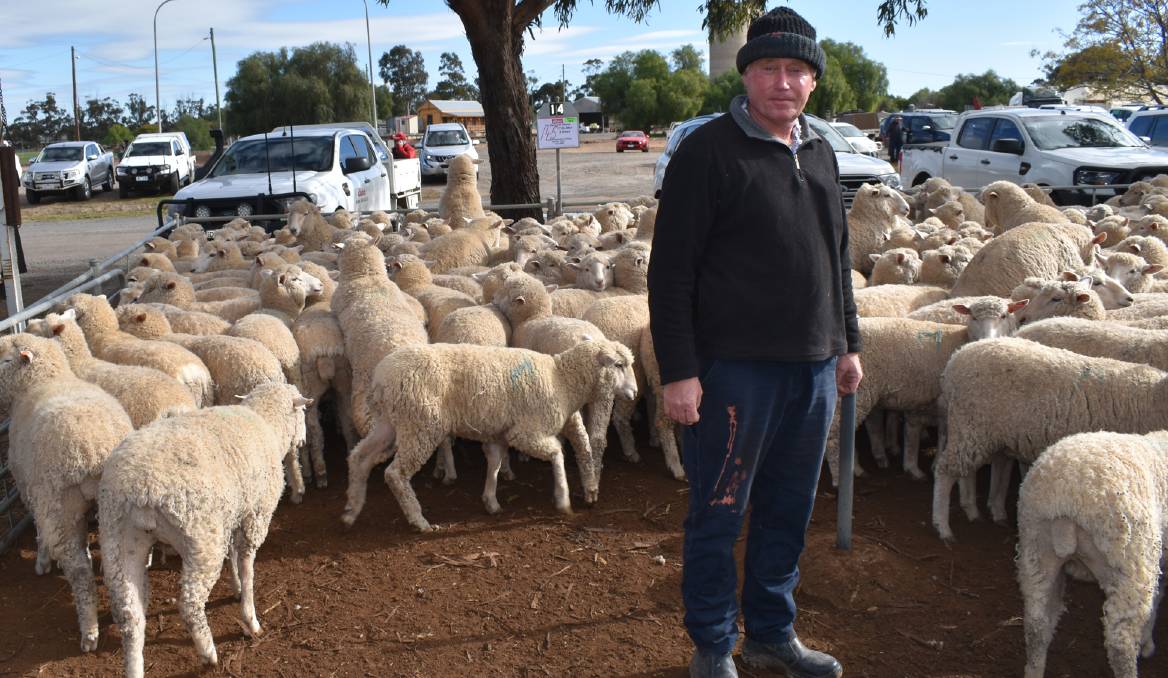 SHEEP BUYER: Darryl Davidson, Donald, came looking for young sheep and bought this pen of 2018-drop ewes for $200 at Wycheproof.

Lamb prices just keep on climbing, as we head into the peak supply lull of mid-winter.

Lamb prices just keep on climbing, as we head into the peak supply lull of mid-winter.

The Eastern States Heavy Lamb Indicator hit 939 cents a kilogram in early trading this week, a rise of 223c/kg year-on-year, or a difference of $55 a head on a 25kg lamb.

And with the Eastern States Trade Lamb Indicator lifting 37 per cent in just three months, according to Meat & Livestock Australia, it is no wonder sale-ready lambs are getting harder and harder to find.

Team that with a poor kick off to the season likely to push sucker timelines back in places, we could still see some rise in prices before the spring finally arrives.

This is in turn supporting restocker prices as the possibility of prices to come on finished lambs tempts producers with the capacity to feed them into the market.

On AuctionsPlus last week, crossbred lambs achieved a 100pc clearance, according to their weekly market report, and rose 89c/kg.

"Trade lambs have started to flow into the online market," the report said.

"Of note is a line of 720 Merino and Merino/Dohne-cross trade wether lambs, recording 820c/kg dressed weight or $184 on farm at Mount Gambier, SA.

"These lambs are June/July 2018-drop and weighing 49kg and were purchased by a processor."

They also reported a jump in store lamb prices, despite a significant rise in numbers.

It could have been high prices, or other on-farm reasons, that pushed these light suckers onto the market, but the result - 894c/kg - likely a profitable one for a product likely having only been on the ground for three to four months.

Sold on the same day 12 months ago, that lambs would have achieved just $134.

It comes back to feed availability to do the sums on hanging onto suckers to any heavier weights - if prices stayed where they are, and the producer had feed on hand, those suckers could have become $200 lambs in a week.

On the other hand, producers would want to consider if they can get those heavier weights before the spring influx to make it worth their while.

MLA senior market information analyst Adam Cheetham said strong demand from the US (a market that demands a heavier carcase), and the impending supply shortage, was pushing processors to pay the current record premium for heavy lambs.

"Last year there was a real lag time between old and new lambs, which has pushed prices to records this year; demand for heavy animals doesn't appear to be going away," Mr Cheetham said.

"Overall we are expecting there will be fewer lambs on the ground come spring which will naturally lend itself to price support.

"Given we are in record territory there is an expectation they will stay at historically high prices, with support through to the end of the year in all categories more than likely."

Paull & Scollard Landmark agent Tim Robinson said that lag time was going to be long again as light lambs were getting just as hard to find, and anything coming through now was likely to be a tail-end spring drop.

"There is a bit of a gap in the market at the minute with so many light lambs sold during the horrendous dry that some people are still going through, but overall the lamb jobs in great shape," Mr Robinson said.

The story The wait for new season lambs supports all categories first appeared on Stock & Land.