AFTER a jostling match between Australia's major livestock selling centres, Corowa, NSW, broke the national lamb record with a price of $350. 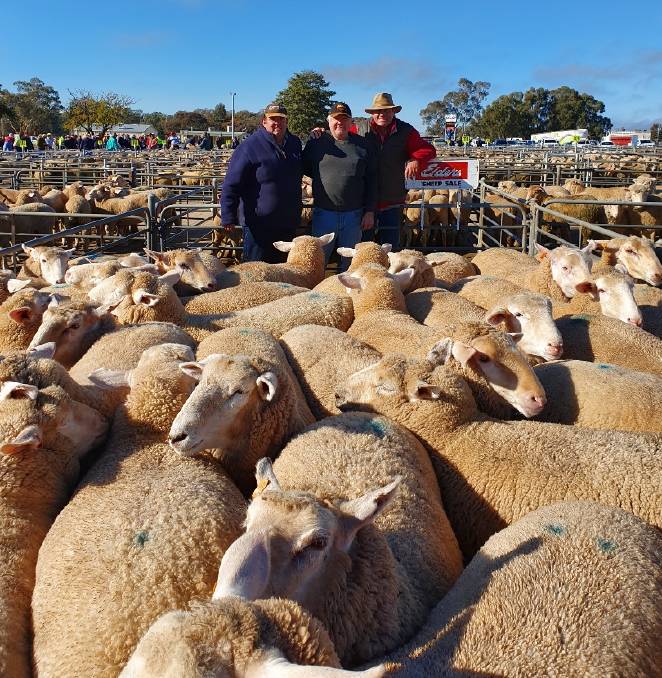 AFTER a jostling match between all of Australia's major livestock selling centres Corowa broke the national lamb record with a price of $350 on Monday morning.

Walla Walla vendors, the Mickan brothers, of "Greenvale", are no strangers to receiving high prices for their lambs.

And when they offered some exceptional second-cross White Suffolks the weight and yield was enough to push prices to $350.

Bill Shultz of Bandywallop Pastoral Company sold lambs, estimated to weigh 42 kilograms dressed, for a high of $340 at the Wagga market on Thursday. Griffith lambs also topped at $340 on Friday and a couple of weeks before that Griffith market achieved a high of $345.

He estimated they could dress out at 48 kilograms.

"The market was firm to dearer today ... these were exceptional lambs," he said.

Mr Hill said it was hard to guess if or when the market might go higher with a new record.

He said a lot of work had gone into meeting the market with the Walla Walla lambs.

They were finished in a feedlot and fed both grain and pellets. Mr Hill said the finish on the lambs was testament to good genetics and the fact the vendors had done such a good job in preparing them for the market.

The lambs are destined for the export market after being bought by Thomas Foods International.

"The legs (alone) on these could be more than six kilograms each," he said.

This article first appeared on The Land.