Merino enthusiasts from three states converged on the SA Merino Sire Evaluation Trial at Keyneton Station in the Barossa to see how the progeny of the 2018 cohort of sires have performed. 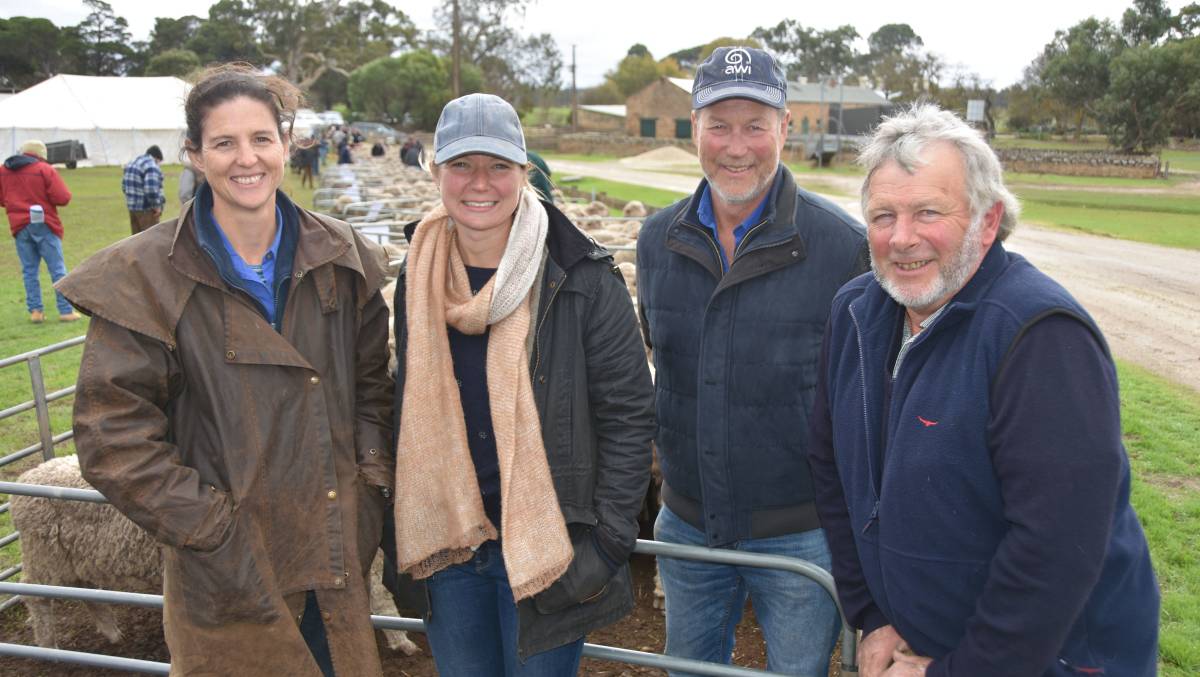 Merino enthusiasts from three states converged on the SA Merino Sire Evaluation Trial at Keyneton Station in the Barossa to see how the progeny of the 2018 cohort of sires have performed.

SA Merino Sire Evaluation site chairman Roger Fiebig said it was fantastic to see the ongoing support for the trial.

'We claim in SA we have some of the best Merino sheep so we need to keep following our genetics through and comparing them with the other sites across the country," he said.

It is one of nine sites across Australia which benchmarks the progeny of nominated sires across a range of wool, weight and carcase traits.

Among the standout sires was Kelvale Poll 160088 from Kelvale stud, Keith, which had 25 of its 37 progeny classed as tops and was a trait leader for six flock breeding values.

Site host Joe Keynes said it had been a worthwhile experience hosting the trial for the past two years but was disappointed with two challenging seasons they had not been able to follow the progeny through longer.

The June-2018 drops have been supplementary fed for more than six months on Johnson pellets and barley, due to just 57mm of rainfall at Keyneton for the year.

"It is probably not as rewarding as we thought it might have when we first got involved due to seasonal factors as we couldn't present the sheep as we would have liked" he said.

"The variation of the sheep out there is giving us a little bit of a pointer as to where our breeding values could go in the future though."

The final measurements on the 2018 drops of fleece weight and body weight will be taken at shearing later this week.