FARMING groups have called on the government and opposition to "stop playing games" when it comes to mining legislation. 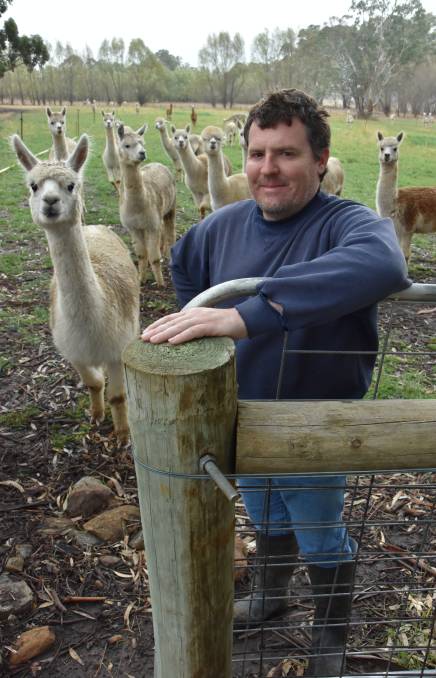 REVIEW NEEDED: ICCC chair Jim Franklin-McEvoy, Woodside, on his farm just a few kilometres away from a mine.

FARMING groups have called on the government and opposition to "stop playing games" when it comes to mining legislation.

"We are supporting the state government to ensure this bill is passed - delivering certainty to the mining industry," he said.

"Clearly, the Marshall Liberal government doesn't have the numbers to get this piece of legislation through Parliament given four of their own MPs oppose it. Labor has thoroughly assessed this bill and determined its passage through Parliament is in the best interest of SA."

The changes to the Mining Act 1971 were put to parliament in November but adjourned after four Liberal MPs crossed the floor in opposition. It was then put "on hold" by Mining Minister Dan van Holst Pellekaan last month.

In response to Mr Koutsantonis's support, Mr van Holst Pellekaan said it was time the Labor Party stopped playing damaging political games with the mining and farming sectors and with people's lives.

He said the government would need to consider whether Labor and its latest position on the mining bill could be "trusted".

Yorke Peninsula Land Owners' Group chair Joy Wundersitz said she was not surprised Labor would support the bill, as it was "their bill" whose passage was frustrated by "party politics" even before the election.

"If they were really serious about getting the mining bill passed, why didn't they support it before Christmas?" she said. "This way they get more political mileage. We want both parties to stop playing games with this."

YPLOG is calling for an independent review to form the basis of any future changes to the Mining Act 1971, as is Grain Producers SA.

GPSA president Wade Dabinett said the industry body did not support the bill in its existing form and had suggested amendments to give assurance to the agricultural sector.

"They should accept our amendments or scrap it and have an independent review," he said. "The act needs reform, the mining industry has made it clear it's out of date.

"Shelving the legislation is not dealing with the issue."

We want both parties to stop playing games with this. - JOY WUNDERSITZ

Inverbrackie Creek Catchment Group chair Jim Franklin-McEvoy said the legislation was too firmly in support of mining companies from the early exploration stage.

"Some of these projects really have got no chance but we end up with test holes everywhere on our property," he said.

He said the government should have acknowledged concerns raised about the proposed legislation as far back as November and redrafted it, with the help of an independent review.

"We have consistently supported passage of the bill, noting that proposed amendments do not address our concerns with the approvals process as previously expressed," she said.

"SACOME is committed to an ongoing dialogue with all stakeholders that would lead to modernisation of the act. SACOME has called for an independent review of the mining act to inform this outcome."

Ms Wundersitz said support for an independent review from the agriculture and mining sectors made this idea a "no-brainer".