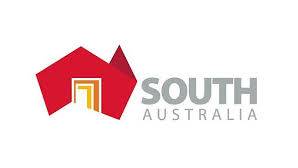 ELIGIBLE businesses will still be able to make use of the SA brand for marketing with the state, as the government puts its focus on interstate and international markets.

ELIGIBLE businesses will still be able to make use of the SA brand for marketing with the state, as the government puts its focus on interstate and international markets.

Late last week Brand SA announced it was losing its state government funding, thought to be about $1.6 million and half their budget, which would lead to its closure from June 30.

The not-for-profit organisation said it was developed to "promote growth and pride in our state" through programs such as I Choose SA, "which deliver millions of dollars of value to SA every year".

"We are now working through the impact of the government's decision on these programs," a statement from the Brand SA team said.

"We will be in touch with those who may be directly impacted by this decision in the coming weeks."

Trade, Tourism and Investment Minister David Ridgway said the government-owned logo, featuring an image of the state with an open door, would remain available to any local business who wished to use it for marketing purposes, after his department takes on its management from July 1.

The government said it had decided to reallocate funds to concentrate marketing and promotion efforts interstate and overseas.

"The government remains strongly committed to the state brand, it will continue to be accessible to local businesses as we refresh how SA is promoted to drive economic and jobs growth," Mr Ridgway said.

"Following the Joyce Review, we have decided to focus our state promotion efforts on interstate and international markets - rather than within the state itself - which we believe will have significant flow-on benefits to drive economic and jobs growth.

"I thank Brand SA for its work over recent years and trust that individuals and businesses associated with the organisation will continue to be strong advocates for this wonderful state."

Mr Ridgway said there were also many key state promotion organisations across government -including the South Australian Tourism Commission and StudyAdelaide - in addition to industry groups, such as Business SA and Food SA.