Sheep prices at SA saleyards have "skyrocketed" in the past few weeks, after processor competition for limited lamb and mutton supply helped push buyers to their bidding limits. 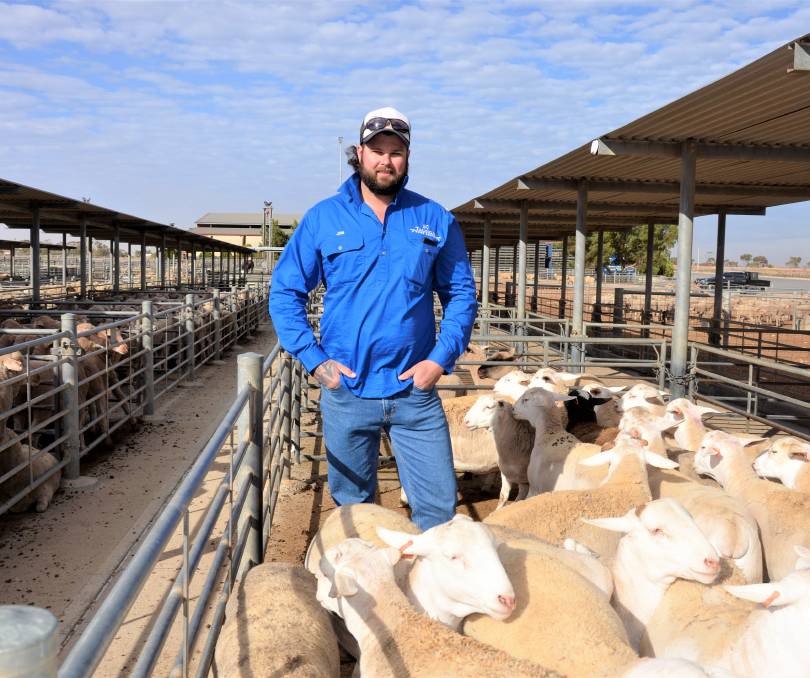 DEMAND RISES: Balaklava producer Jon Coleman at the Dublin sheep market on Tuesday this week. He sold 26 Dorper lambs for $185.

Sheep prices at SA saleyards have "skyrocketed" in the past few weeks, after processor competition for limited lamb and mutton supply helped push buyers to their bidding limits.

At the SA Livestock Exchange at Dublin, in the past two weeks, crossbred lamb prices have risen 60 cents a kilogram to 70c/kg and Merino lambs, $1/kg.

This price comes off the back of Dublin's previous market that achieved a saleyard lamb price record of $258.

Elders Dublin/Yorke Peninsula livestock manager Matt Ward said competition from processors had increased to levels he had not seen for a long time.

"Processors have had a four-month supply of forward contract lambs and that would be running out - they have had to buy at saleyards to make up the shortfall," he said.

"Supply for winter markets will be down and I expect a lack of supply to continue for a lot longer than in past seasons."

He predicted record-breaking lamb and mutton prices would be reached across the state in coming months.

"In the next six months, we could see sheep and lamb prices at 40 per cent to 50pc dearer," he said.

Pinkerton Palm Hamlyn and Steen's Simon Mulraney, Naracoorte, said for the past three weeks, lamb prices at Naracoorte had gained $10/kg, while the mutton market had gained $10 to $40 in the past month.

"Supply will hold for the next six weeks but if the South East and western Vic get more rain, supply will tighten as we go forward," he said.

"Lambs were sold earlier instead of waiting for winter because of high grain prices."

At Naracoorte, mutton prices topped at $230 for 25 February-shorn wethers from the Singh family, Lameroo.