The Landsberg family has long been focused on improving both the cattle and land on the Charters Towers property Trafalgar.

CONSTANT innovation for the betterment of their cattle herd and the land at Trafalgar Station, 55km south west of Charters Towers, has been the overarching objective across the four generations of the Landsberg family.

The 33,000ha property which is currently owned and managed by Roger and Jenny Landsberg, features a high variation of soil types and vegetation cover, including eucalypt woodlands and blackwood scrubs.

It has been owned by the family since since it was purchased in 1913.

Trafalgar currently runs 1200 commercial breeders and 200 stud breeders plus followers, with a further 700 head on agistment. 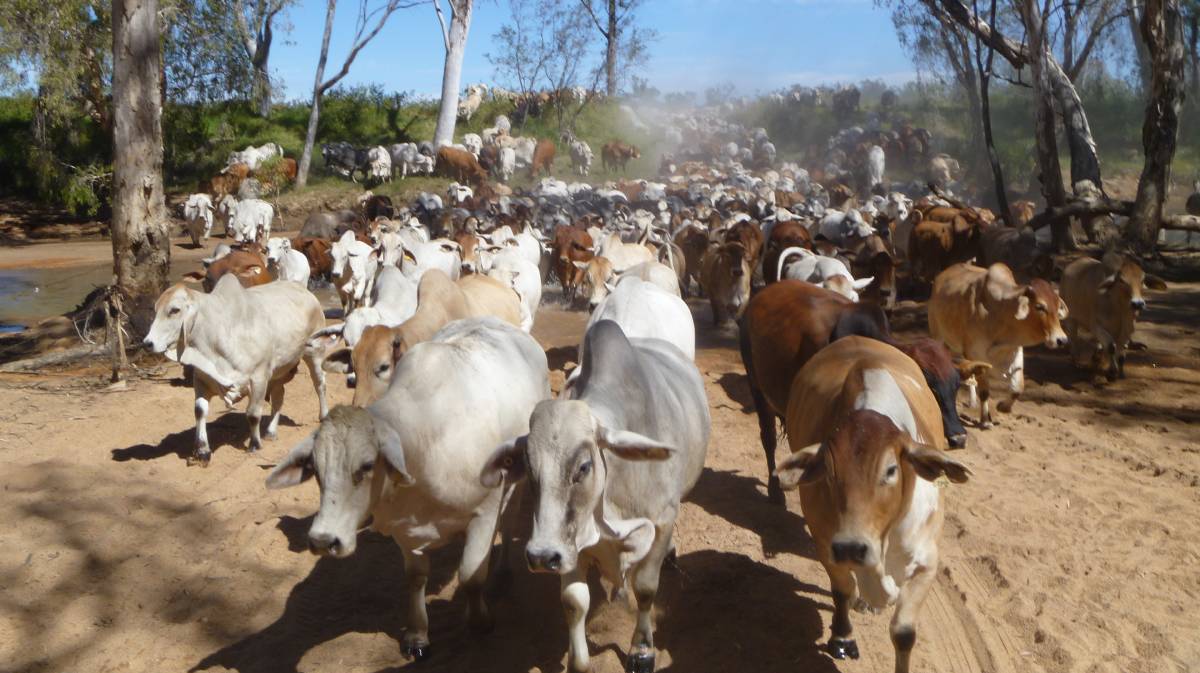 The Landsbergs currently run 1200 commercial breeders and 200 stud breeders plus followers, with a further 700 head on agistment.

"Trafalgar has always been a breeding/finishing operation because of the better quality soils on the frontages and developed areas," Mr Landsberg said.

"We've always primarily sold to the JBS meatworks in Townsville or the southern works if the freight component was adequately compensated by any increase in price."

To further their production goals the family purchased Baryugal, a 3900ha block in the Dawson Valley near Moura, in 2016.

"We send all our steers down there at weaning and now sell them as two-year-olds at 320kg dressed weight off grass," Mr Landsberg said.

"We're also learning to be farmers. We're growing leucaena and forage sorghum to further improve the weight gains of these steers."

He said they have had to purchase extra steers to graze at Baryugal until they built their breeder herd further to self-replace.

"We would've achieved this goal quicker if we hadn't had these six or seven below average seasons," he said.

Prior to purchasing Trafalgar, Louis James Landsberg (Roger's grandfather) had properties in Central Queensland with his brother in the late 1800s but Mr Landsberg said he grew tired of the heavy brigalow, and moved to Blantyre near Hughenden in the early 1900s.

"This was prior to any development of artesian water so he sold there and bought and moved to Trafalgar in 1913."

He said Louis and his son Gordon (Roger's father) were innovators and Louis' major contribution to Trafalgar was the establishment of wells and the erection of more internal fencing, as only one or two division fences existed when he purchased the property.

"Gordon and Beaty took over the property in the early 1960s and Gordon started developing the land through strategic clearing and by sowing exotic pastures.

"He also purchased machinery and built most of the dams that are now on the property, drilled the bores we use, and continued to incorporate internal fencing to break the property up into smaller paddocks."

Gordon and Beaty passed the management reins to Roger and Jenny in 1987, and they took over full ownership of Trafalgar in 1999.

"Our primary focus has been on developing the water infrastructure so that we could get the property to the point where it's now virtually drought proof, as far as water facilities are concerned," Mr Landsberg said.

"We've continued to install more internal fencing to facilitate a rotational grazing program for our herd."

He said these days they also paid much more attention to the collection of temperament, fertility and growth data so that they could breed more effectively for the high-end grass finishing market, a market they also sell herd bulls into.

"Our main objective over the past 20 years has been to become more efficient in our beef production while reducing costs, increasing productivity (higher fertility rates and reduced age of turnoff) and improving our land management practices."

Mr Landsberg said they had cleared 11 per cent of the property and sown buffel and urochloa grasses, and greater than 80pc of the property had been oversown with seca stylo.

"This has provided us with more than 80pc perennial grass cover throughout the property, even during the drought years from 1987 to present.

"By fencing off river frontages we've also been able to control grazing pressure." 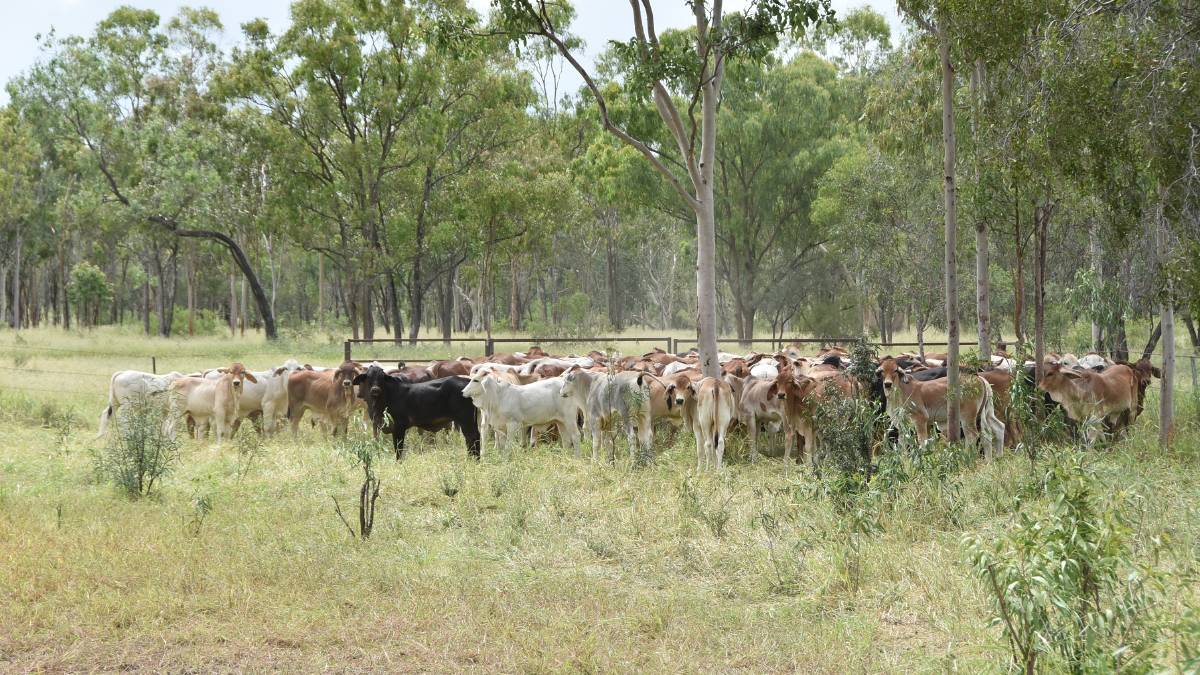 When he and Jenny took over the property they were branding 700-800 calves from around 2000 breeders which were continually mated.

"By introducing controlled mating periods and by improving pasture management, we're now able to brand 800 calves from 1200 breeders," he said.

"The pressure of selection and our better quality pasture has also reduced the turn off age of our steers from four to five year old at 300kg dressed weight to two to three year old at the same weight.

Roger and Jenny have recently had the pleasure of welcoming their daughter Jayne and her husband Martin Cuddihy - both journalists by trade - to Trafalgar so they can "bring their kids up in the bush".

The shift for the pair has reunited Jayne with her sister Kate on-property.

"Kate has worked here for 11 years since leaving school and manages the stud and commercial breeder operation," he said.

"Jayne is helping me out with some of the bookwork, and she's also teaching two of her three children and doing some freelance journalism, while Martin is learning the trade as a ringer!" 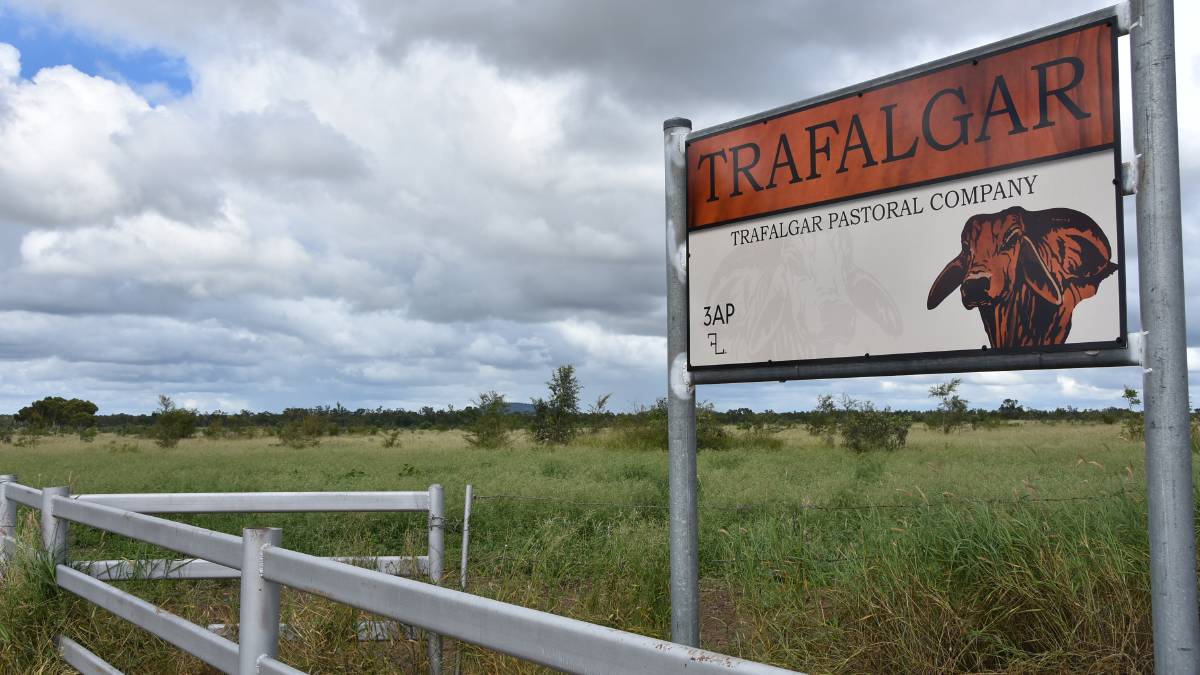 Martin and Jayne's children represent the fifth generation of the family to live at Trafalgar.

"Our son Bernie and wife Alyson also lived on the property previously and have three girls, so all five children, including our two other daughters Madeleine and Laura, and our six grandchildren have lived and worked on the property at some stage."

"We're constantly renewing infrastructure and improving the land to assist the next generation," he said.

"If the infrastructure is in good shape it will keep our costs down in the future, and we still love development projects, whether it be fencing, water or pasture and fodder crop improvements."

Mr Landsberg said the family was also currently working on a succession plan.

"It's probably the most traumatic thing in our life at the moment, but at least we're still talking to one another and seem to have mostly the same goals.