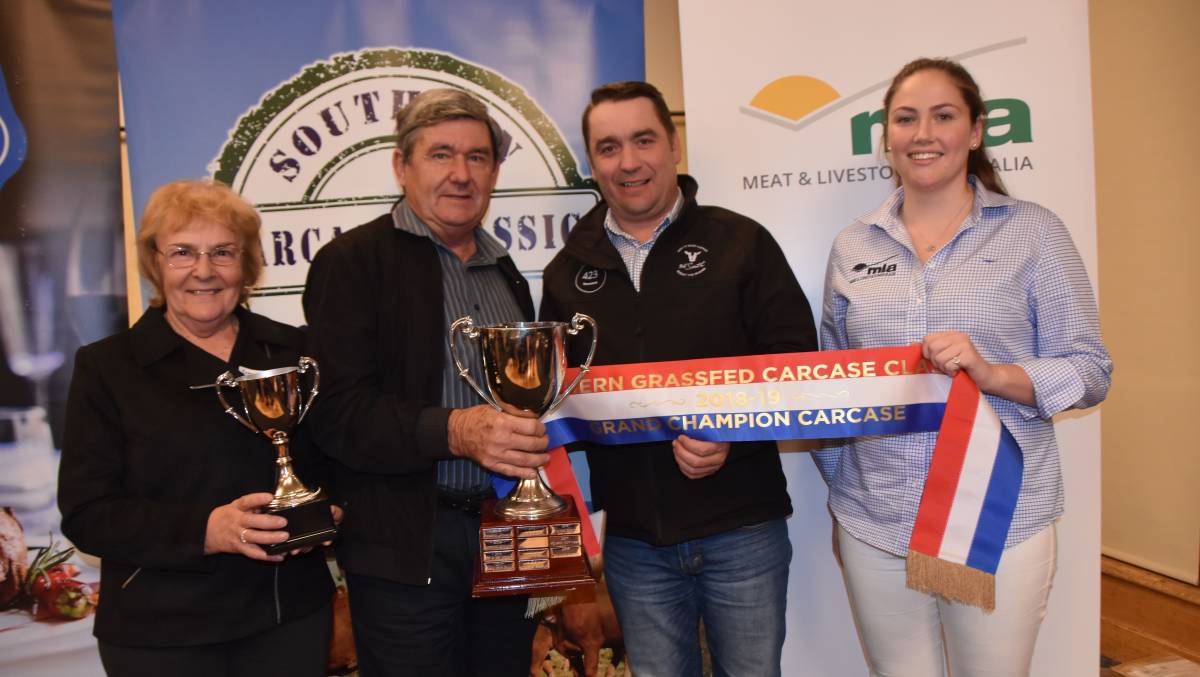 From a record 1619 entries from 37 exhibitors their 18-month-old South Devon cross steer was awarded the grand champion carcase, at the presentation dinner in Penola.

It was part of a consignment of 38 head the Haggers delivered to Teys Australia's Naracoorte abattoir on November 9 last year.

The winner of Class 2- single steer of heifer, 0-2 teeth, 260.1-340kg- was a high performer in each of the three judging criteria- market specifications, saleable meat yield and eating quality.

It excelled with its MSA marble score of 580.

The second placegetter in the same class, from James Darling and Lesley Forwood, Duck Island, Keith, was just 0.19 points behind and took out reserve grand champion carcase.

Highlighting the quality of grassfed cattle produced in the South East and western Vic, 16 per cent of the carcases in the SGCC graded in the top 10 per cent nationally on the MSA index.

The SGCC -  now in its 11th year-  is a great fundraiser for the Royal Flying Doctor Service.

This year with an extra 350 head processed for the competition the committee was able to present a record donation of $27,656 to the worthy cause.

On the night the committee also announced a new grainfed competition to be held in early 2020- similar to the Beef Spectacular competition held in NSW.

The final details are still being worked out but producers will be able to enter pens of 10 head to be fed at Teys Charlton feedlot for 100 days. Judging will be based on feedlot performance and carcase attributes.