New laws have been put in place by the state government in an effort to bring feral deer numbers under control. 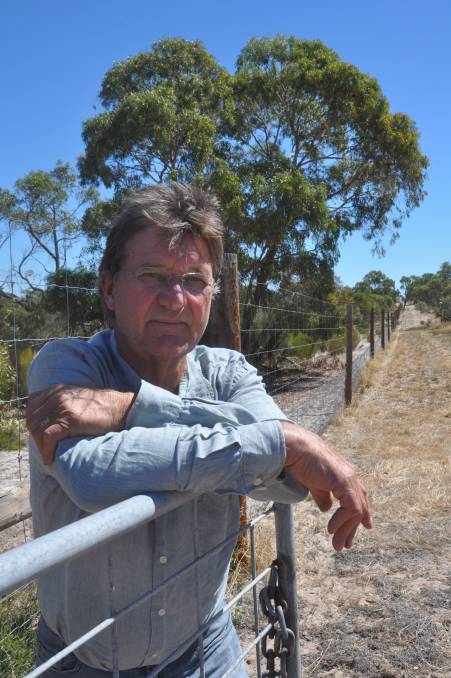 LOST OPPORTUNITY: Keith farmer James Darling is critical of the revised SA feral deer policy, saying it is a "waste of an opportunity" to make improvements.

New laws have been put in place by the state government in an effort to bring feral deer numbers under control.

But Keith beef producer James Darling says the revised SA deer policy is a "waste of an opportunity to make effective and lasting improvement".

Among the changes announced last week, all new deer farms (registered with PIRSA after April 1) must have at least 1.9-metre high fences with posts no less than 8m apart.

But, existing farms are not included.

All domestic deer older than one year of age must be tagged under the National Livestock Identification System and landholders are required to cull any feral deer seen on their properties.

"The stark reality is that when they turn feral, deer impact agricultural industries and the environment," he said.

The government has also appointed a new Deer Control Coordinator who will assist landholders in their control of feral deer.

But Mr Darling says for landowners adversely affected by feral deer there is hardly anything 'new' in the policy.

"After more than two years in the making, the new policy placates the deer hunters, has loopholes for deer farms that leak like sieves, does next-to-nothing to improve existing fence standards, lacks credible compliance measures and guarantees that the problem of feral deer will continue unabated," he said.

"Compulsory deer tagging used to be at 10 months, now it's 12 months. It hasn't been enforced in the past 10 years and there's no reason why it will happen in the future."

Mr Darling is also disappointed a proposal to ensure deer fencing is 2.4m high with 17/190/15 deer mesh and electric wire outriggers has all been dropped.

Without stronger compliance, he says the policy is "not worth the paper it's written on".

If required, increased penalties are now in place for moving, keeping and selling feral deer.

PIRSA also stated that where voluntary compliance is not achieved, an NRM Board can arrange for a contractor to cull feral deer with the cost recovered from the offending land owner.

Mr Darling says that it is imperative that the federal government continue the successful aerial culling program which has shot more than 7000 deer in the Upper South East in the last 10 years.

Lucindale livestock producer and Australian Deer Association member Patrick Ross says the requirement for all landholders to cull any wild deer will come down to economics.

"Private landholders will deal with deer, just like rabbits and foxes, and control them to a level that is economically prudent and achievable," he said.

Is this money well spent leaving carcases to rot in the bush? - Patrick Ross, Lucindale

Mr Ross is also critical that the policy is too dependent on external funding, with the federally-funded aerial deer cull in the South East costing more than $2.5 million in the past decade, equating to about $360 for every animal shot.

"Is this money well spent leaving carcases to rot in the bush?" he said.

Instead, he says the state government should consider enabling recreational hunters to apply for licences to shoot deer on the state's public land, both generating income, controlling numbers and utilising the meat.