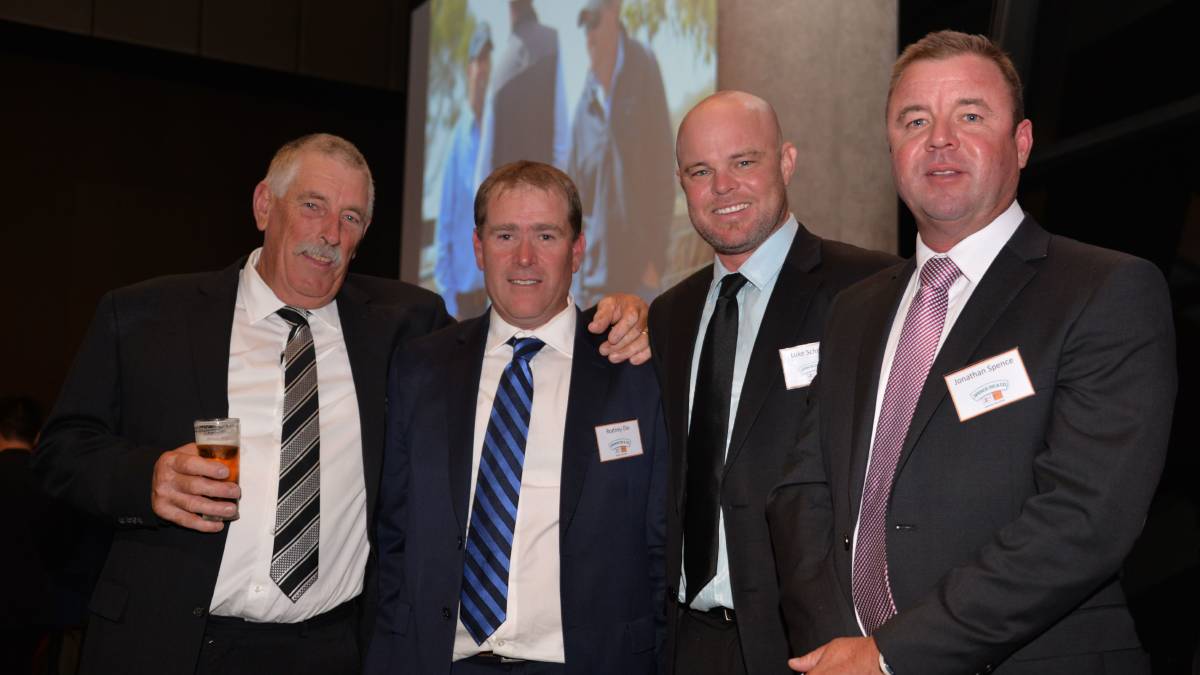 A HUGE crowd of 750 guests from across SA and interstate gathered at the Adelaide Oval recently for independent livestock and real estate agency Spence Dix & Co's 10th anniversary celebrations.

In his welcoming address, master of ceremonies Luke Schreiber made mention of the initial discussions in a Kingston shack just over a decade ago. These discussions sowed a seed that then developed into reality.

Mr Dix and Mr Spence spoke about their journey to the 10-year milestone.

Rodney Dix highlighted how the "cards fell into place". At the same time, Pinkerton Palm Hamlyn and Steen was looking at an expansion of its business role, a point reiterated by Mr Spence, which progressed into a positive meeting with "the three wise men, Robin Steen, Glen Hamlyn and Michael Palm".

"Their support has been fantastic and goes way beyond any financial backing," Mr Spence said.

Both Mr Spence and Mr Dix also paid tribute to Bruce Treloar for his guidance and mentoring in the early days of forming the company.

Mr Steen highlighted the process from PPHS' point of view, emphasising that while many small businesses started from dreams, very few lasted more than a year or so.

"Both PPHS and Spence Dix & Co are Australian-owned and proudly support our local communities," he said.

"This venture is a success, so keep it up."

Among the comments on the video, Wayne Jackson summed up the relationship with clients, saying "They (Spence Dix & Co) are always there when you need help".

"We always try to go the extra yard for our customers who come from right across the industry spectrum," he said.

"We pride ourselves on our relationship with all of you and thank you for standing by us, but most importantly we thank our clients.

"Together we've ridden the bumps and celebrated wins. You took a punt and gave us a go, and for that we can't thank you enough."