A Kangaroo Island resident has been convicted and fined $900 for introducing a rabbit to the island. 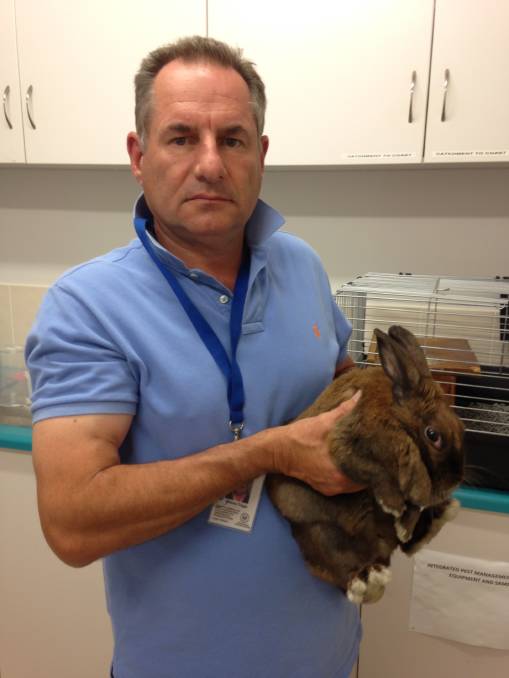 Natural Resources KI biosecurity officer Andrew Triggs said rabbits could have a devastating impact on both the island's native vegetation and agricultural industries.

A Kangaroo Island resident has been convicted and fined $900 for introducing a rabbit to the island.

Concerned community members first raised the alarm in late 2017 and informed the Department for Environment and Water.

The man was found to have a female rabbit on his property, it was removed immediately and rehoused on the mainland.

Kangaroo Island is declared rabbit free, and the movement, sale and ownership of rabbits on KI is prohibited under the Natural Resources Management Act 2004 (NRM Act).

Under the NRM Act, a penalty of up to a year in prison or a fine of up to $50,000 may be imposed for such an offence.

Natural Resources KI biosecurity officer Andrew Triggs said rabbits could have a devastating impact on both the island's native vegetation and agricultural industries.

"Rabbits could destroy agriculture on KI. Current estimates of the impact of rabbit populations on agriculture across Australia are in excess of $200 million a year," he said.

"Female rabbits are prolific breeders having a gestation period of only 31 days and having an average litter of 12-13 kittens.

"Feral rabbits eat crops and compete with livestock for pasture and are also a significant contributor to widespread soil erosion."

"Rabbits destroy plants and can stop them regenerating by eating the seedlings - they compete with native grazing animals for food and can boost the number of predators like cats," Mr Triggs said.