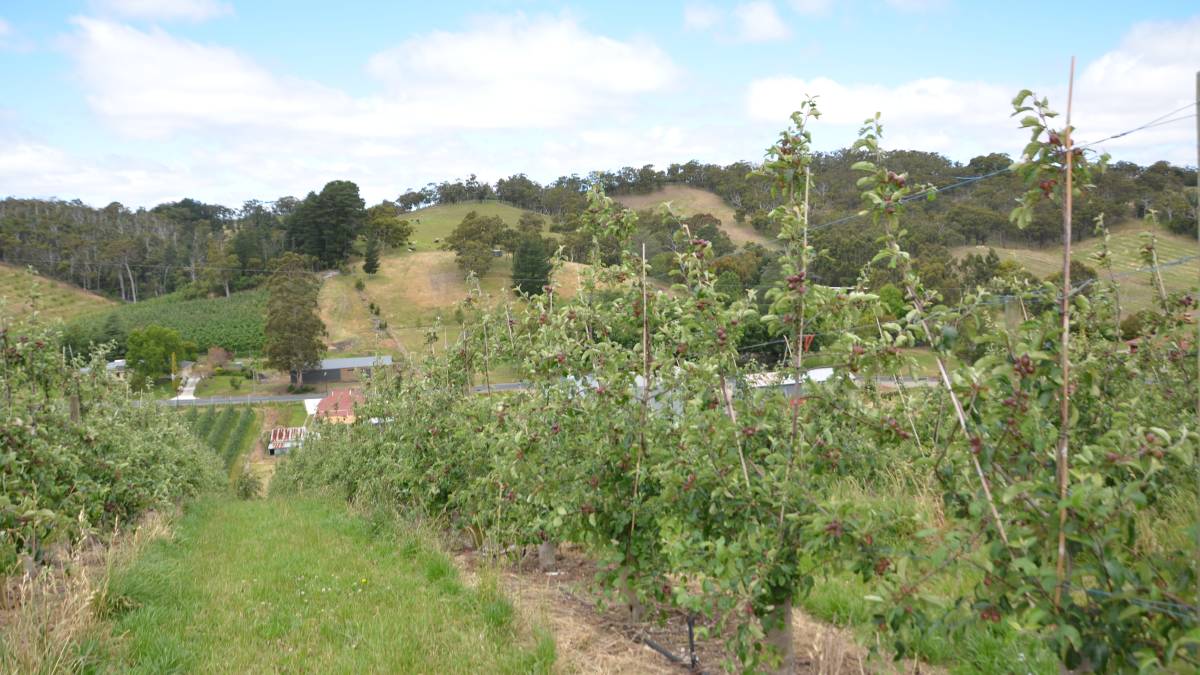 Hail-damaged apples are about to hit the supermarket shelves this week and the state government has funded $60,000 to re-boost the Hailstorm Heroes campaign and urge consumers to buy imperfect fruit.

Hail-damaged apples are about to hit the supermarket shelves this week and the state government has funded $60,000 to re-boost the Hailstorm Heroes campaign and urge consumers to buy imperfect fruit.

Apples impacted by the severe hailstorm last November will be sold under the brand Hailstorm Heroes, that was launched by Minister for Primary Industries and Regional Development Tim Whetstone at the Adelaide Central Market today.

Minister Whetstone said the $60,000 will go to the Apple and Pear Growers Association of SA for the campaign and urged consumers to rally behind the state's apple industry.

"As apples hit supermarket shelves this week it is important consumers understand that while there may be small hail marks on the skin, it is still sweet, juicy and delicious on the inside," Mr Whetstone said.

"The Hailstorm Heroes campaign instigated more than $1 million in sales from the previous hailstorm event in 2017," he said.

Apple and Pear Growers Association of SA chief executive officer Susie Green said it was more important than ever that consumers get behind the apple industry which grows 30,000 tonnes of apples, worth $63.5 million to the state's economy.

"South Australians purchased more than 1,000 tonnes of fruit through the Hailstorm Heroes campaign last year helping growers salvage returns from their crop and this year it's even more important to support local growers," Ms Green said.

Woolworths will also be selling Hailstorm Heroes as part of its Odd Bunch range.

Royal Galas will be the first apples available at supermarkets and greengrocers.

But the superficial marks may be more visible on varieties picked in late autumn, such as Pink Lady and Granny Smith apples.