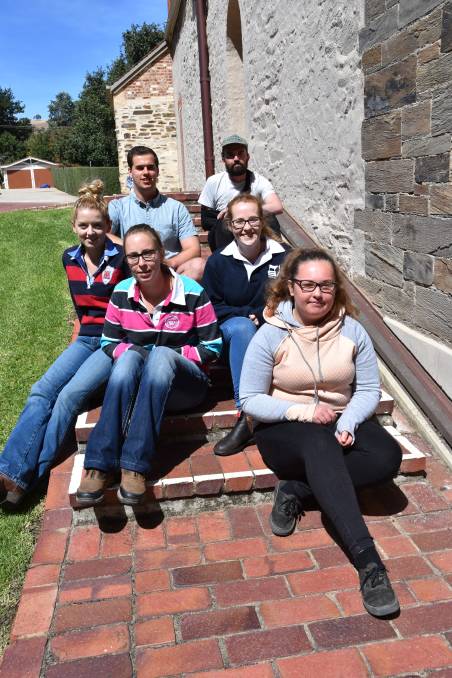 FORMER tradie Seb Smith was looking for a career change when he came across agriculture.

"I'd been an electrician for a few years, working in Adelaide and all across Australia and I'd had enough of it," he said.

"I had an interest in agriculture and sustainability and decided on ag science."

Mr Smith is one of a growing number of people entering the agriculture industry, and is one of 64, first-year students studying a Bachelor of Agricultural Sciences at the University of Adelaide.

While he is not definite about where he wants his career to go - he is considering research - he believes there will be plenty of opportunities available when he graduates.

"I think sustainability of farming is going to be a big focus in the future and there will be jobs out there," he said.

For some of the other first year students, inspiration struck during their high school agricultural courses.

"Two years ago we got an agricultural teacher and some more animals and that has inspired me," Kayla Steinborner, Eudunda, said.

"Before that we just had volunteers.

"So until two years ago I hadn't thought of ag as a career."

It's a growing industry and there are always going to be new fields. - KAYLA STEINBORNER

It was a similar story for Adelaide-based Victoria Clarke.

After following her older sister to Urrbrae Agricultural High School, she discovered a love of agriculture and "wanted to learn more".

Both are considering the Ag Science degree as a springboard to becoming agricultural teachers themselves, and sharing the message with a new generation of children.

"I want to get more city kids into ag," Ms Clarke said.

Hayley Lewis grew up on a farm near Strathalbyn before taking some time to work on the Eyre Peninsula as a grain classifier for Viterra.

"I originally wanted to be a vet but this way I can study both plants and animals, which both interest me," she said.

"I know there are a lot of job opportunities out there."

As well as jobs, Ms Lewis said the close-knit community in agriculture and rural regions was another attraction.

"The spirit there made me want to keep going in ag," she said.

Josh Moss, Moonta, also grew up on a family farm, which sparked his interest in agriculture.

"I prefer the country to city and this (degree) seemed like the right thing to do," he said.

He said science and economics were both interests of his, which would allow plenty of job options at the end.

Danielle Chevalier, Freeling, said there have been plenty of inspiring people she has seen working in the field, including family.

She also works at country outfitters Allingtons, in northern Adelaide, where she encountered many people who work in agriculture, who helped convince her to try her hand at studying in the field.

All six say they believe there are plenty of diverse options available at the end of their degree.

"It's a growing industry and there are always going to be new fields," Ms Steinborner said.