THE Letton family of Glen View Poultry at Pike River has had a colourful 50-plus years in the egg industry. IN THEIR more than 50 years in the egg industry, the Letton family of Glen View Poultry at Pike River has endured many challenges.

From traditional Dryden yards to caged sheds to free-range, from hand picking, packing and manure shovelling to today's fully-automated sheds and continually improving health and food safety standards, it is a constantly evolving industry to be a part of, according to Glen View manager Darren 'Chook' Letton.

"While we are always looking to upgrade on-farm and maintain our markets, it is the animal health and food safety audits that really keep us busy," he said.

Darren and wife Sharon run the 28,000-bird business with help from Darren's parents John and Kaylene and up to nine staff a day. Even Darren and Sharon's children Dylan, Gemma and Cody are involved.

They also sell some live chooks and have a 30-breeder Shorthorn herd, but eggs are the main focus at Glen View.

Darren is the third generation of his family farming at Pike River, which is near Lyrup and about 24 kilometres from the larger Riverland town of Renmark.

His grandmother Clare's family, the Bests, were some of the first to farm on nearby Pike River Island - Coongaleena - running dairy, beef and sheep since 1913.

They farmed in NSW for a time before returning in 1940 with son John (Darren's father) to manage the Coongaleena farm.

In the great flood of 1956, the island went under, including the Lettons' old humpty house built in 1915.

The family were forced to move to higher ground on the mainland across from Coongaleena, which they went on to call Glen View.

"They still punted to the dairy every day; that survived the flood," John said.

In 1964, John married Kaylene Baumgurtel from Wynarka, where she and her sister Lorraine had been managing 1000 chickens on their family's mixed farm.

This was the start of serious poultry production at Glen View.

"We built three Dryden chicken sheds in five years, which was just a pen with a coop at the back," Kaylene said.

"It was back-breaking work.

"Each Dryden shed had 1000 birds and all eggs were hand collected with a basket.

"Everything was by hand - egg collection, feeding, packing, manure removal.

"We also had to administer vaccinations by hand, which could be taxing wrangling chooks."

Darren, who was born in 1968, remembers being "plonked" at the gates of the sheds with a basket and told to go egg collecting.

Kaylene said they would deliver most of the eggs throughout the Riverland in the family station wagon, while any surplus was picked up by the SA Egg Board, which paid a base return.

"Times were good when the industry was regulated - you always knew what money you would be getting and could work out your inputs from that," she said.

Darren said there were many poultry farmers in the Riverland back then, generally with 2000 to 4000 birds.

"Under regulation, you needed a licence for every bird you owned and operated under a quota," he said.

"If there was an oversupply of eggs to the board, then the quotas would get cut back to keep production under control."

In 1968, the business also bought its first automated egg grader, then a few years later built its first cage shed, holding about 2500 birds.

A second 4000-bird cage shed was built not long after, while old sheds were converted into chicken rearing facilities.

Older chickens would also be processed on-farm and sold locally.

"Back then, people were happy to eat older chooks, which were about 18 months old.

"That part of the industry has since changed. These days it's all about young chickens."

In the early 1990s, Kaylene was in hospital for 16 weeks, which forced a rethink of the business, particularly bird rearing.

"We decided to stop rearing birds and started buying point-of-lay hens," she said.

They also cut back on selling processed chickens as regulations tightened.

Darren said in his teenage years, a third shed - the first to be automated - was built, increasing numbers to 12,000 cage-laying hens.

"Automation back then meant just the feeding, which meant we didn't have to pull the feed cart about, but egg collection was still by hand," Darren said.

"But automated feeding and climate control saved us at least half an hour a day."

Deregulation of the egg industry in SA came in 1992 and Glen View took a hit, with its valuable quota, worth about $300,000, gone.

"There was really only one other caged egg farmer (free range production was still non-existent) in the Riverland at Kingston-on-Murray and we shared the supply of the district," Darren said.

"But then they also got out of the industry and by 2000, we were the only major egg farm in the Riverland, as it is today."

They were still running 12,000 birds, with surplus eggs, about six pallets a week, sent to the SA Egg Co-operative.

"In deregulation, the Egg Board became a co-op," Darren said.

He started working at Glen View full-time in 2003, buying his uncle's neighbouring farm and becoming the company's main delivery driver and marketing manager.

He decided to reach out to a fellow family business, Solar Eggs, Adelaide.

"They were needing eggs and I wanted to get my foot in the door in Adelaide, other than SA Eggs," he said.

"It made us feel better to spread the risk. SA Eggs weren't getting enough local supply and were having to buy in eggs from WA, which eventually resulted in the eventual demise of the co-op."

The Lettons were also keen to start building their own Glen View brand, after packing under the SA Eggs banner and using their cartons.

"I would talk about our eggs when doing my deliveries, but many would say 'who's Glen View?'" Darren said.

That's when Glen View Poultry came into its own.

Darren said the changeover was costly, having to buy and brand their own cartons.

"But it was worth it," he said. "We got on the radio more to talk about what we were doing here at Glen View and slowly built our brand." 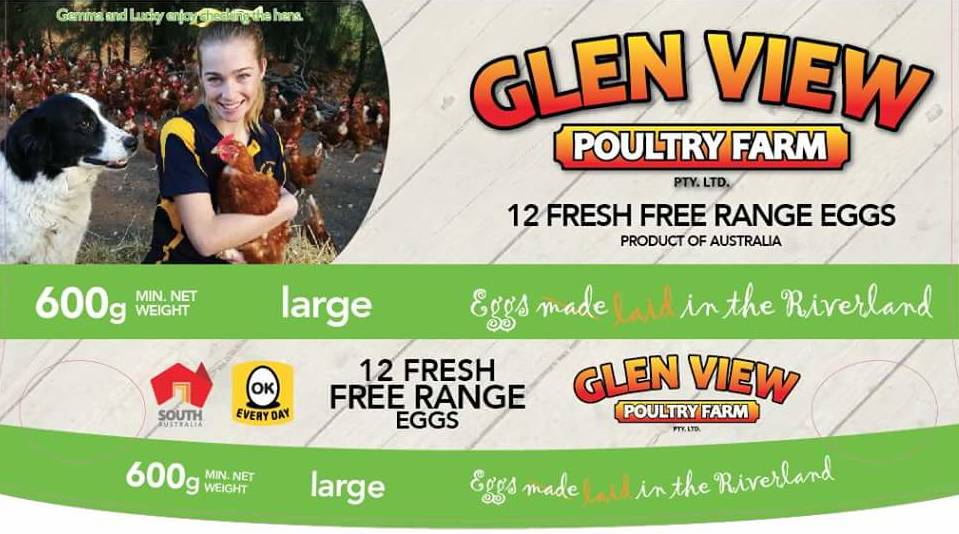 In 2007, Darren took on complete management of the farm with wife Sharon.

It was a baptism of fire as cage industry standards changed dramatically the following year.

"The cages we were using no longer complied," he said.

The family did some research and were inspired by visits to modernised farms across the country.

"These sheds were fully-automated, from egg collection to cooling to manure removal - it was all done at the push of a button," Darren said.

The shed held 16,000 birds in four rows, which they set into different age groups. 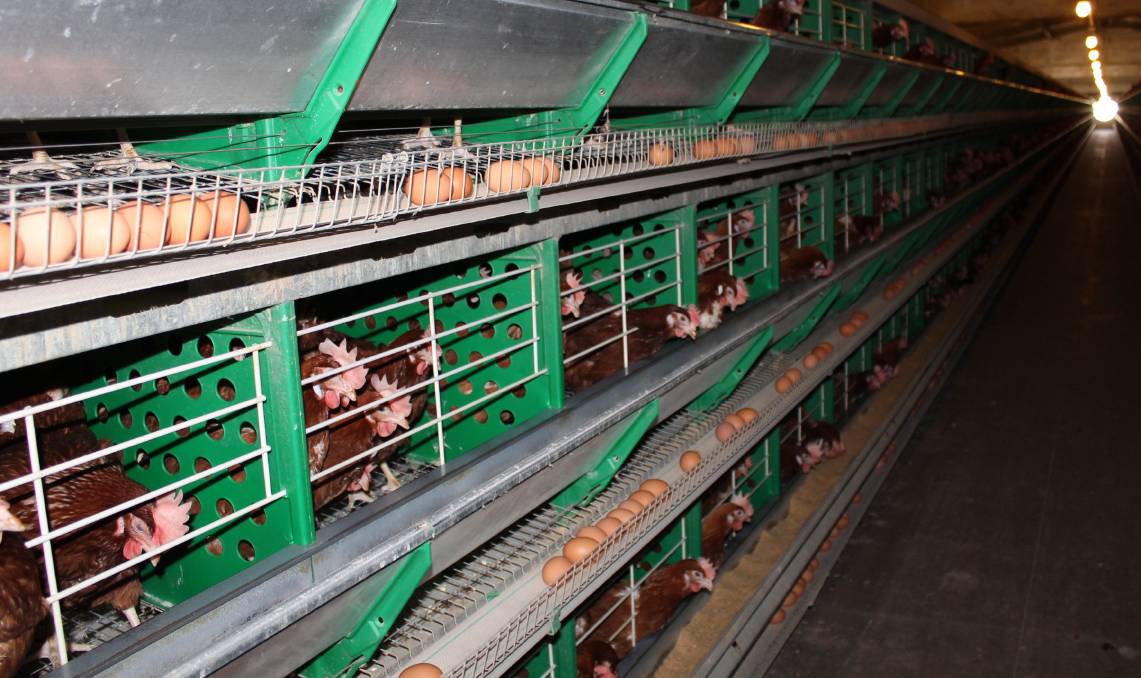 One of the old cage sheds was also being retro-fitted into free-range, which was becoming more popular among consumers, while the remaining two sheds were renovated to suit the new cage standards.

"We were still supplying the Riverland and Mallee and surplus to Adelaide, but we decided to try selling into Mildura, Vic."

They started out selling to a butcher, who was taking 600 dozen every 10 days.

They also sold at local farmers markets, including weekly at the Riverland Farmers Market in Berri.

Darren said they had been suppliers to local Woolworths supermarkets for about 15 years, but by 2012, they were supplying their own brand.

They also managed to get into Fishers supermarkets in Mildura, which became a very good customer.

"This opened a lot of doors for us, that we went on to make contacts in local cafes, restaurants and bakeries, to the point that nearly all our surplus started going to Mildura," Darren said.

While John once managed deliveries alone in a station wagon, in recent years, delivery has expanded to two drivers, three vans and a truck. 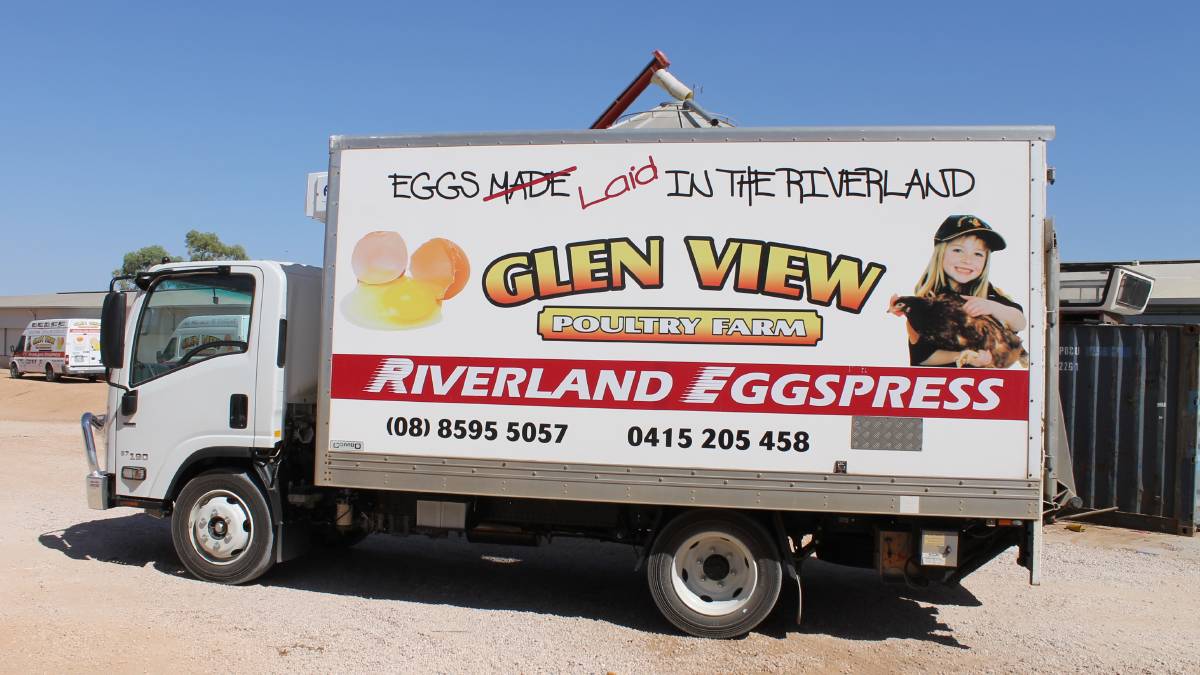 Darren said by 2015, Woolworths had become their biggest customer, taking 3000 dozen a week, and they were also supplying Coles locally.

"But then they started pushing their house egg brands more, and bumping the price of our eggs up," he said.

So again Darren had to think outside the square.

Initially considered competition, Glen View started selling to three wholesalers in Mildura on the proviso they did not undercut his brand.

"This has expanded our reach into Vic and NSW," Darren said.

"Now supermarkets are only about 40 per cent of my supply."

The Lettons deliver about 10 pallets weekly to Mildura, supplying Fishers (now known as Richies) and about 30 restaurants, cafes, butchers and bakeries.

Glen View has about 300 customers overall across the Riverland, Mallee and Mildura.

They have very little surplus these days but they also still have one shed out of action, which is being renovated for free-range.

Darren does not expect to expand much further, preferring to best service the local area.

"We prefer to be reliable and market well in our own area and not get too greedy," he said.

Darren said despite the growing popularity of free range, this type of production has its own issues, such as exposure to disease and predators.

"Chooks naturally cluster in groups. Even with free-range, they may venture out the shed, but it's never in big numbers.

"That's why we still have both types of egg production."

Darren said they have invested heavily in the best technology to operate at the highest certification level.

Their free-range density is about 4000 birds a hectare, while the industry standard is up to 10,000 birds/ha. 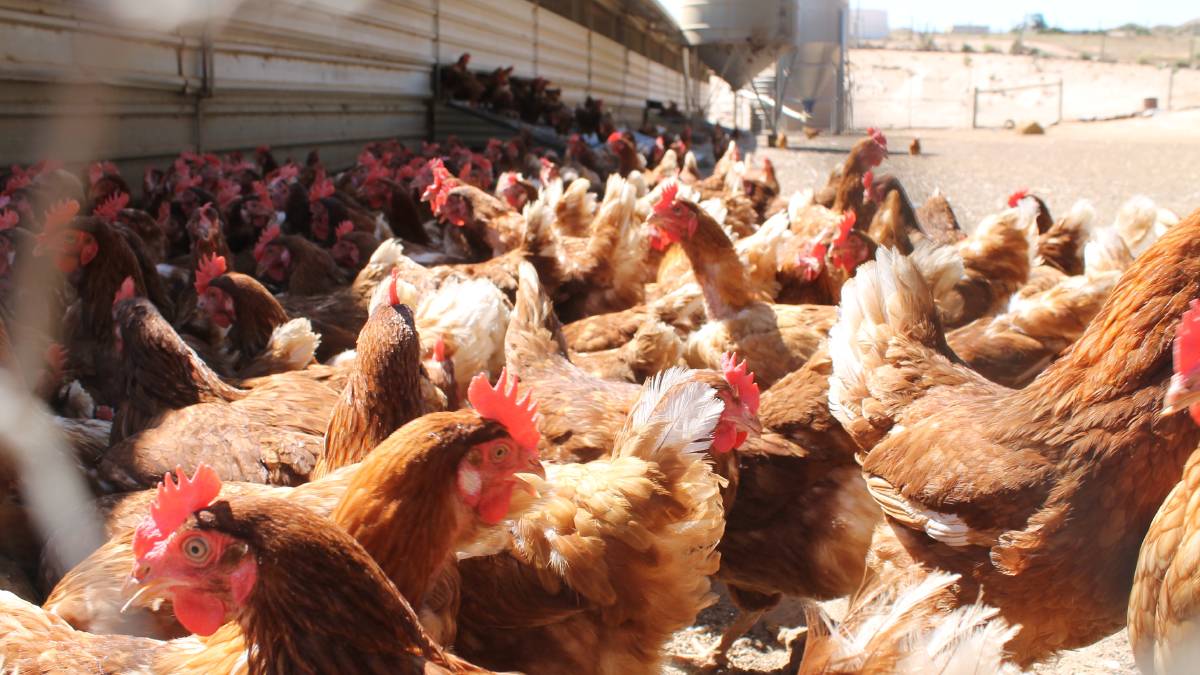 Chickens out roaming in the free range areas.

Numbers are now at 16,000 caged and 12,000 free-range, mainly Highline Browns for their robustness and good egg production.

Darren said this past year had been a hard one, with egg prices at an all time low and feed prices skyrocketing.

"I haven't been able to put my egg prices up for more than four years, due to market expectations," he said.

"We can't ask customers to pay more than $4/dozen when the supermarkets sell their eggs so cheap."

The Lettons do grow some of their own grain, about 400ha of wheat, but that only lasts about 10 weeks. The rest is sourced from a neighbour.

"We do try to focus on our middle range eggs though and try to get the best value for them.

"That's why retaining markets is critical." 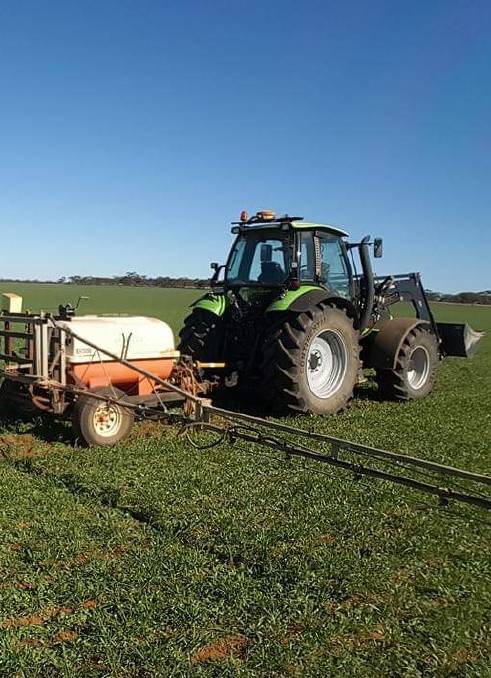 VITAL FEED: The Lettons grow about 400 hectares of wheat, with the rest of their feed sourced from a neighbour.

"If one day they said no more caged eggs, we would definitely have to build another shed to keep up numbers," he said.

"But for now, we are just focusing on doing what we are doing well and adapt if anything new comes our way."