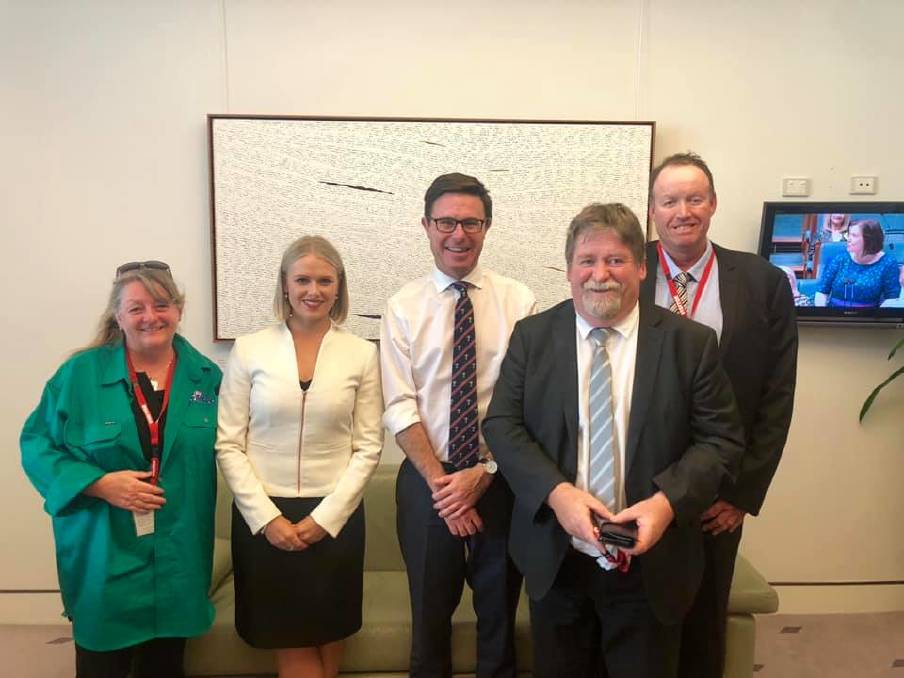 IN THE lead up to the federal election in the first half of this year, dairyfarmers have welcomed indications the industry's issues are on the political agenda.

IN THE lead up to the federal election in the first half of this year, dairyfarmers have welcomed indications the industry's issues are on the political agenda.

Farmer Power chief executive officer Garry Kerr said the meetings "certainly got the plight of dairyfarmers on the election agenda".

"We need to get Australian people behind dairyfarmers when they're at the polling booth," he said. "It might be the only thing that saves the industry."

Also participating in these meetings was Casey Treloar, who grew up on a dairy farm at Victor Harbor. Earlier this month Ms Treloar created a viral video about her family's decision to sell its dairy herd, faced with rising input costs and low farmgate returns.

She said her goal in visiting Canberra was to spark conversations, as she met with Agriculture Minister David Littleproud, opposition agriculture spokesperson Joel Fitzgibbon and Nationals MP David Gillespie among others.

"Any kind of conversation, and in-turn, trying to find a solution, is a step in the right direction - not just for dairy but for all primary producers," she said.

Since sharing her story, Ms Treloar said she had many people approach her, sharing their own situations.

Among these was a growing number of people considering exiting the dairy industry.

"I've had people contact me and say they're making the same decision (to leave the dairy industry) too," she said. "The positive thing is this (meeting) has got everybody talking about it and coming up to the federal election, I hope it will become a hot issue."

In the days following the meeting, Labor announced its plans for a milk floor price while Dr Gillespie said he has a private members bill in development.

Mr Kerr said he was calling on both sides of politics to consider installing a 25 cent levy to support dairyfarmers.

He was concerned there were very few sitting dates coming up, with federal parliament only returning again for the budget.

"All our dairyfarmers need immediate relief or they won't be around," he said.