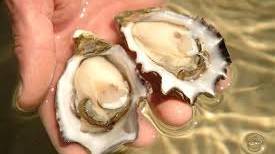 The SA oyster industry has taken a step forward in its move to be self-sustaining.

FOUR commercial Eyre Peninsula suppliers will take on the role of supplying all juvenile oysters - spat - from the state government, in a sign of recovery for the oyster industry.

Previously more than 80 per cent of SA's juvenile oysters were sourced in Tas.

Primary Industries and Regional Development Minister Tim Whetstone praised the efforts of growers and PIRSA in working together to address the challenges associated with the spat supply shortage.

“This is a significant milestone for the oyster farming industry. I praise the efforts of growers and PIRSA in working together to address the challenges associated with the spat supply shortage,” he said.

“The state government has continued the work to reduce the feral oyster population and associated POMS viral load in Port River through targeted cull of oysters."

Mr Whetstone said there was still work to be done but the government was committed to supporting the state's oyster growers and the associated regional jobs.

“We look forward to continuing to build on the strong industry-SARDI research partnership with a focus on a breeding program to produce POMS resistant oysters, which will future-proof the industry," he said.

SA Oyster Growers Association executive officer Trudy McGowan praised PIRSA for their efforts to boost spat production in the wake of the spat shortage faced by the industry.

“This assistance has been vital in ensuring the long-term viability of the South Australian oyster farming industry,” she said.

“We are pleased to be in a position where we are confident in the strong production results we are seeing from our local hatcheries and optimistic that we are now on track to a healthy recovery.”