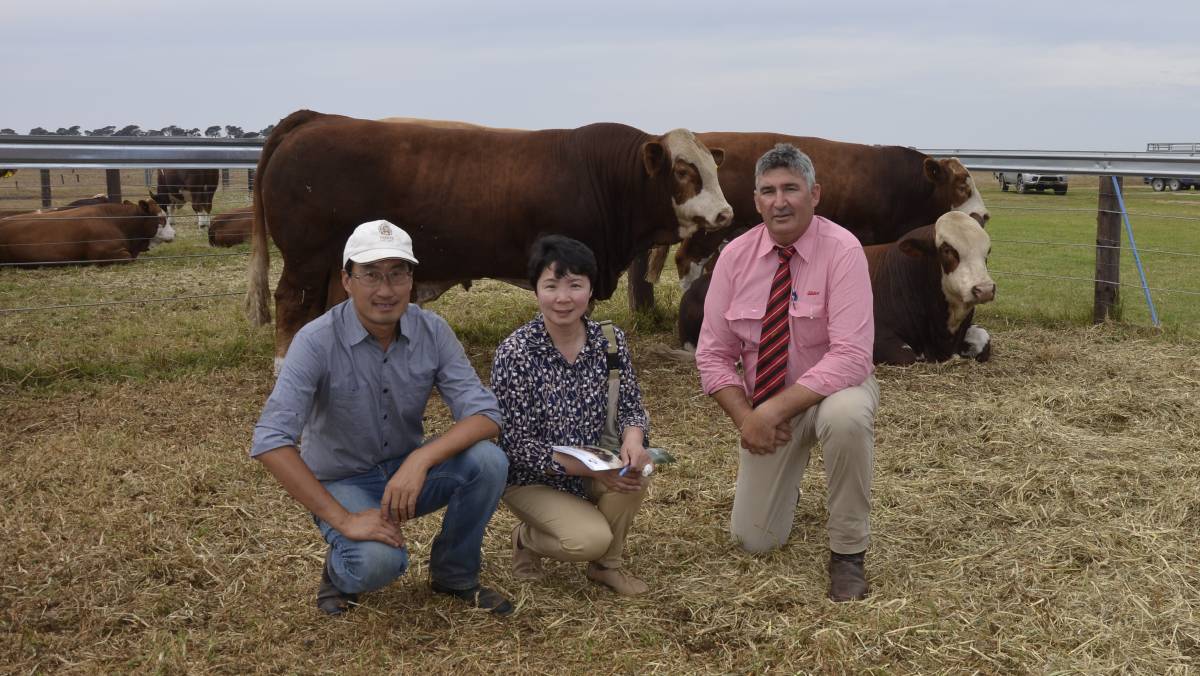 IT was a challenging start to bull sales in the South East yesterday morning, with the clearance and average back at the Lakeside Simmental sale at Robe.

IT was a challenging start to bull sales in the South East yesterday morning, with the clearance and average back at the 4th annual Lakeside Simmental sale at Robe.

Making the highest price was Lakeside Nolin-N045, a 22-month-old sire that weighed 880 kilograms.

It had 5 millimetres of rump fat, 5mm of rib fat and an eye muscle area of 128 square centimetres.

Nolin was sired by Woonallee King Pin and out of Callendale Elon.

It was bought by Olinda Grazing Co, Baralaba, Qld.

The sale was particularly tough on the pregnancy-tested in-calf heifers, with only four out of 16 selling, for an average of $3125 and top of $3500.

But the clearance was much better on stud cows, which had 2018-drop calves at their side and had been rejoined.

The top price was paid for Waterfront Fran-F49, which was sired by Woonallee Choice C27 and out of Waterfront Cristiana-C135.

Fran’s daughters have been retained in the Lakeside herd and its son featured as lot two in the sale.

“The breeding cows all had lovely calves alongside them, and were all PTIC,” she said.

“The sale was an opportunity to showcase our top genetics.”

The sale was conducted by Elders, with southern livestock manager Laryn Gogel auctioneering.

“We assumed it would be tough enough to get everything sold,” he said.

“The clearance on the bulls was OK but at very affordable rates.

“The heifer results were very sticky, compared to the quality on offer.