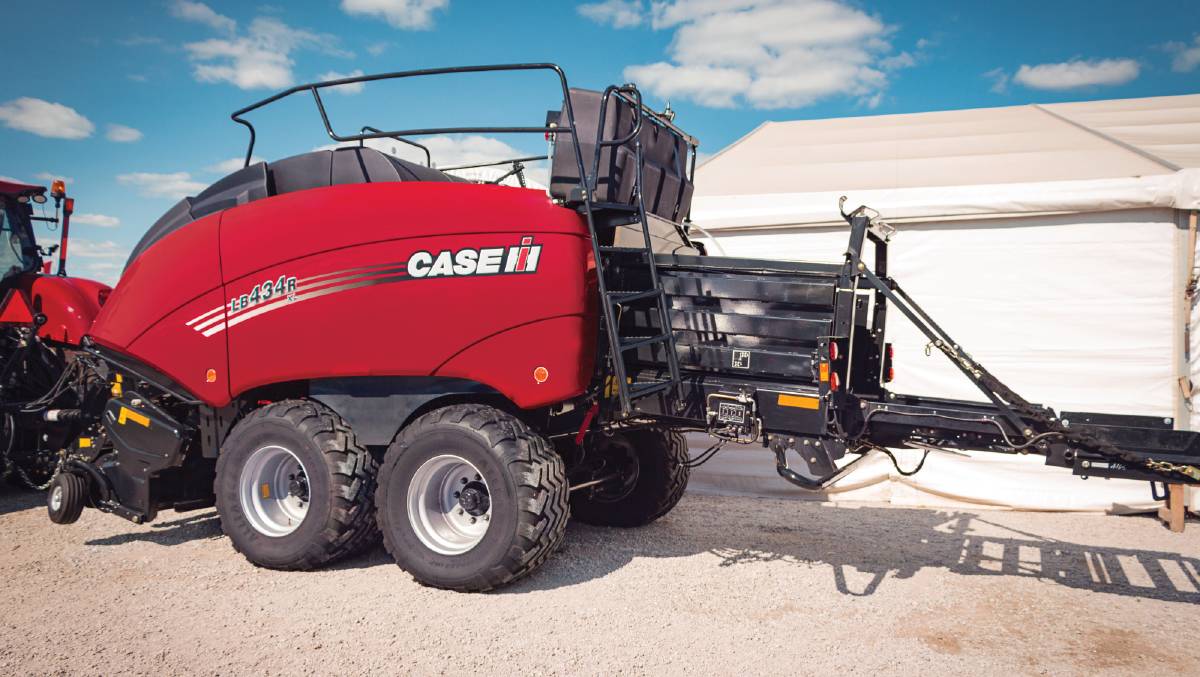 While drought in eastern states has put pressure on tractor and harvester sales, the hay segment is performing well, with the Tractor and Machinery Association reporting a 14 per cent increase on baler sales in 2018.

“It is reflective of the market and conditions we have had, with the drought and requirement for hay,” he said.

Mr Wood said there had been a big spike in demand over the summer, with customers looking to bale standing stubble.

“There are some new entrants, due to the high demand for hay,” he said.

“It is a supply and demand situation.

“People are baling whatever they can get their hands on in a lot of instances.”

“The LB434XL large square baler had an increase in the length of the bale chamber by 80 centimetres,” he said.

“Which allowed us to hold the bale in the chamber a lot longer and increase the density of the bale.

“This means we can put more crop into a bale which reduces handling costs and transport costs as we are putting more material in a smaller space.”

“We are getting a better bale shape then we previously had,” he said.

“Really tight square bales and the longer bale chamber is letting us drop the bales closer to the ground, which is reducing twine breakages.”

Mr Wood said 2019 would see the release of the 334XL which also incorporated the longer bale chamber.

The story Stubble baling is driving up sales first appeared on Farm Online.