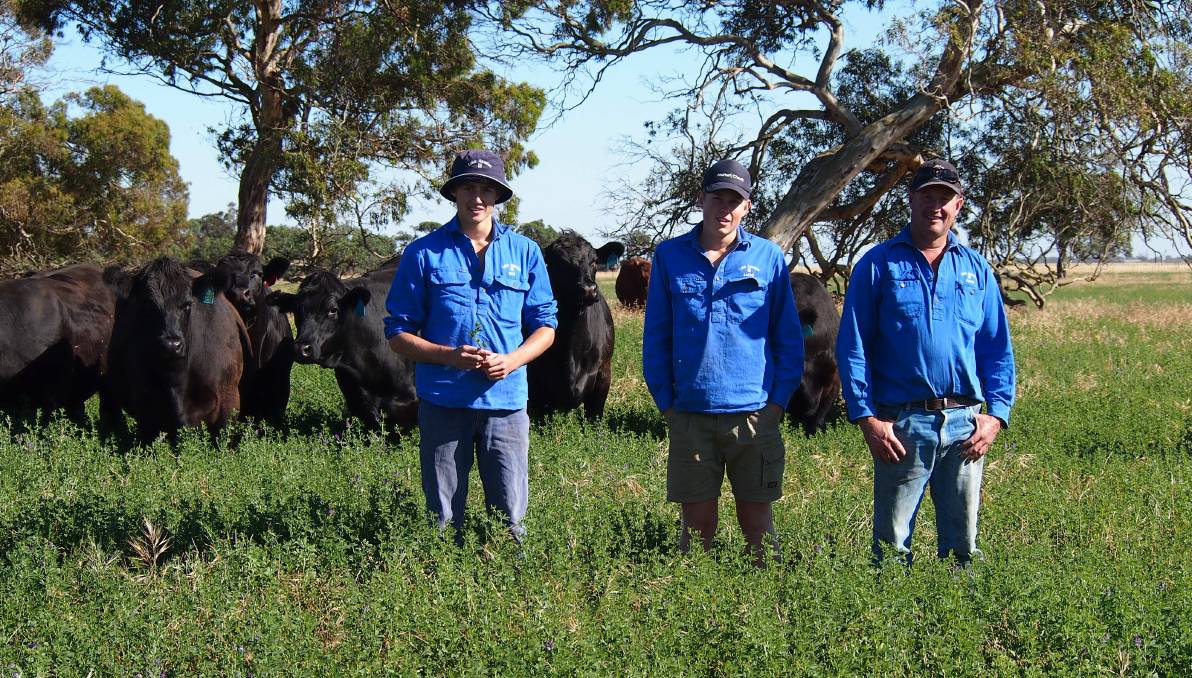 BRANCHING OUT: Nicholas, Lachie and David Hurst at Lake Hawdon, east of Robe, South Australia, where their Angus herd is seen as a “bolt-on” addition to their extensive sheep and cropping operations.

Angus cattle were the obvious choice for a mixed farming property near Robe where the cattle were to not be a nuisance.

When David and Rebecca Hurst sought a cattle herd that could “sit down the back” without being a nuisance in their 2600-hectare sheep and cropping operations, Angus was the obvious choice.

Another obvious choice for the Hursts in the management of that herd at their Lake Hawdon  property, 20 kilometres east of Robe in South Australia, was to bring out of retirement respected Adelaide-based cattleman Grant Jackson, who had been involved with the Hurst family since 1990.

It is Mr Jackson’s job to make sure the cattle – seen as a “bolt-on” addition to the extensive sheep and cropping operations which keep Mr Hurst very busy and, naturally, prove to be the financial backbone of the farm – continue to not be a nuisance.

“I watch over the cattle set up, but it really is David’s efforts to get the balance right and my meeting of his requests, that we have based the herd around,” Mr Jackson said.

“The beef has to sit down the back of the operation without being a problem, so with that, they must be easy-care cattle, and Angus fit that equation with their ability to fatten and reproduce off grass.’’

Bulls for Lake Hawdon which carry around 250 breeders, are selected from Stuart and Natalie Hann’s Nampara Stud at nearby Lucindale.

“We buy from the Hanns because of their ability to breed quiet, easy-doing  bulls that suit all of our requirements,” he said. “We select on eye first and then confirm on figures, but we want positive fat and of course muscle.” 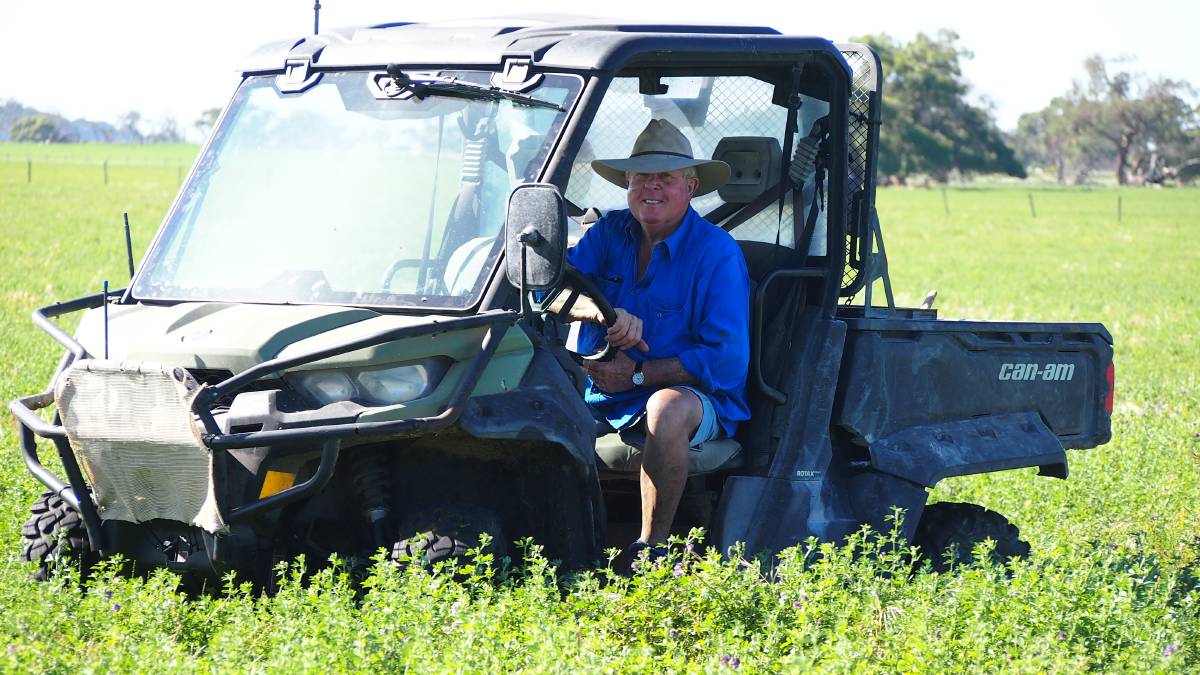 CATTLE MAN: Grant Jackson has used his years of experience with cattle to manage the beef side of the Hurst family operations just as they desired.

Lake Hawdon has been home to a Shorthorn stud since the 1950s until sold about six years ago. In 2016, Angus bulls were put over Shorthorn commercial cows with the first lot of Angus cross calves born in 2017.

Calving is from late February to April, with the most calves coming in March.

Mr Jackson said at 12 to13 months of age, steers averaged 430 kilograms and heifers are hitting 377kg.

“That’s very impressive off grass, especially this year, justifying our selection of Nampara bulls,’’ he said.

Steers are sold on hooks to Teys at Naracoorte, at 340-plus kg carcass weight. Heifers will be retained until the numbers have built up and then surplus will be sold as prime cattle or as mated.