Expertly versed in mining law and a passionate advocate for the farmer, the agriculture community paid its respects to barrister Barry "Pat" Amey, who passed away peacefully on October 7. 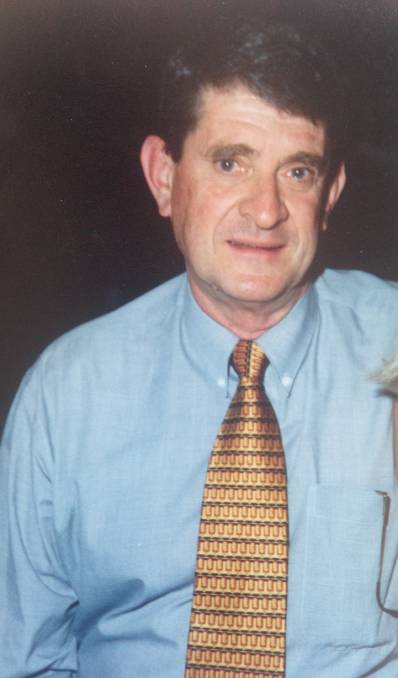 Pat Amey will be remembered as a true friend to the man on the land.

That is how the agriculture community will remember barrister Barry “Pat” Amey, who passed away peacefully on October 7, aged 74.

An advocate for the farmer, Mr Amey went above and beyond for those he associated with.

His profound knowledge as a lawyer equal to his capacity to lend a kind ear.

Friend and client Peter Grocke, Tanunda, said it was difficult to find such a professional person with such deep empathy, but the farming community had found that with Mr Amey.

“Pat was highly intelligent, he was highly empathetic and he was highly skilled in understanding the way the court operated and the way the legislation was written, and when he became involved with our family, he was determined to get social justice,” Mr Grocke said.

To achieve this, Mr Grocke recalled how Mr Amey took a different tact by going through the environment development court instead of the mining court, which set a precedent for future interactions between farmers and miners.

“He was a true SA statesman of worth and substance and we were very blessed to have a person like Pat Amey helping the farming community,” he said.

In legal circles Pat was a strong contributor to the Law Society and had been a member since February 1988.

He served on various committees and boards in his time and accrued a wealth of knowledge through his role as a Warden of the Warden’s Court.

Beyond his legal nous, Mr Amey was also generous.

“He was deeply moved once he understood the deep, emotional turmoil that some of these court scenarios placed on farm families and he went above and beyond the course of duty in the way he listened and counselled farmers when they had depression,” Mr Grocke said.

Livestock SA said Mr Amey was a very special friend to the farmer, who was a great support to members who had used his services as a barrister, and where they were stressed and even suicidal, he also provided personal counselling.

Independent director of Grain Producers SA and retired lawyer Andrew Goode said he worked with Pat on a number of matters where they represented farmers in their dealings with miners, and Pat was always a passionate advocate for those farmers.

Kevin Heidrich, Galga, sat beside Mr Amey for 22 days in court and described him as “an absolute gentleman”.

“He did a fantastic job old Pat,” Mr Heidrich said.

“Our first time in court, he wasn't even our barrister, but beforehand, we would sit and have a good yarn and he would give us a few pointers here and there – he was just a nice bloke,” he said.

“Pat actually made the time to come here and see our farm for himself, which allowed him to really understand what we were going through, and that just … it made us feel so good to know he was truly on our side,” Mrs Jones said.

“He was genuine and reassuring – he really did care for the man on the land.”

Mr Amey was laid to rest on October 19 and the hearts of those he impacted go out to his wife Margaret, daughters Phillipa and Katherine, and all his extended family at this difficult time.