While other crops were able to take advantages of timely rain on the Rowntree family's Dowlingville property, lentils struggled this season. 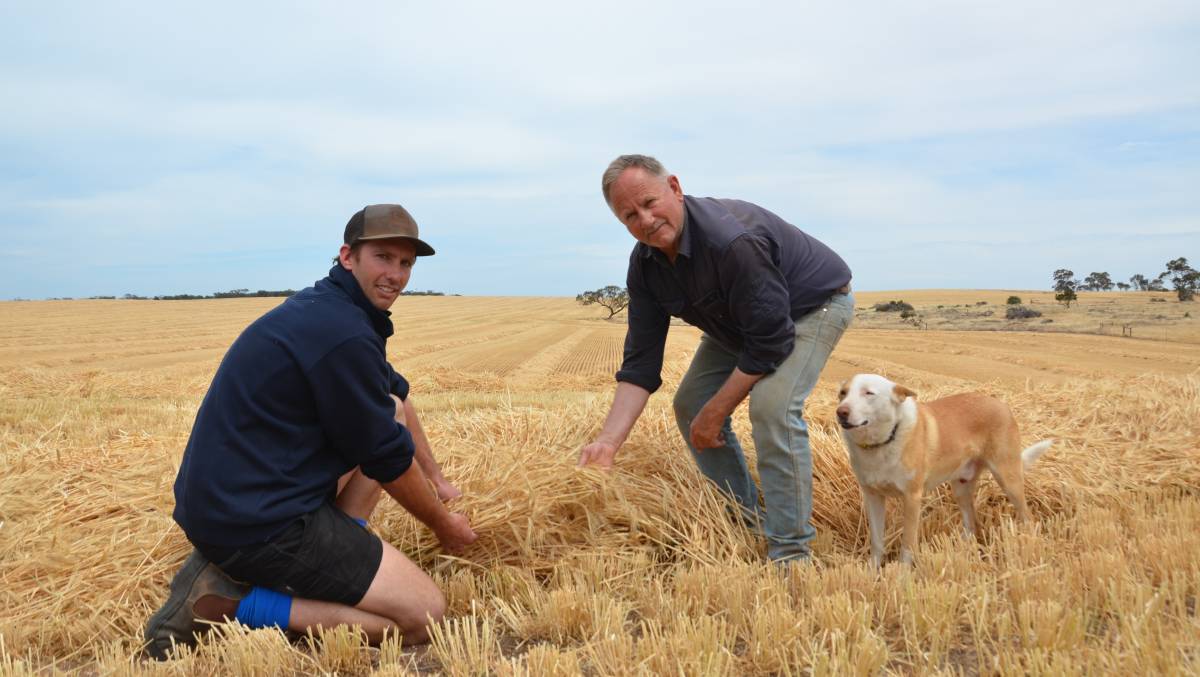 The Rowntree family has been farming at Dowlingville on the central Yorke Peninsula since 1847, and Bill and Sally Rowntree, with their son George, have continued the tradition through a tough season.

The family works close to 1600 hectares, evenly divided between Scepter wheat, Spartacus barley and Hurricane lentils, with a few sheep thrown in.

Thankfully rain was received in a timely manner throughout the growing season, which began in the first week of May.

“We had 127 millimetres across July and the beginning of August and not much since – that’s the period that determines if you will get yield or failure,” Bill said.

Bill is hopeful for a reasonable result, with cereals expected to go three tonnes a hectare to 4t/ha, with only 6ha or so believed to be affected by frost.

The cereals have filled well and the grain looks pretty plump, but lentils probably needed another rain to finish them off. - BILL ROWNTREE

“The cereals have filled well and the grain looks pretty plump, but lentils probably needed another rain to finish them off,” he said.

“They really didn't canopy over like they normally do in higher rainfall years.”

To ensure an even ripening on a mixed terrain of hills and flats, and to prevent losses to wind, Bill and George windrow all their barley.

“We windrow so it dries evenly and we don’t get sent home with wet loads when we start reaping,” Bill said.

It also helps to prepare crops for the next season.

“A lot of the times the heads are ripe and the straw is still green and we want to cut it the height we want to sow,” Bill said.

“​Our seeding spacing is about 22.8 centimetres so you have to make sure the stubble is about half that length so you can flow when you’re seeding.”

Bill also expects grain to be delivered quicker this year, with growers inclined to travel for the best price.

A factor that will slow down harvest for the Rowntrees is the sea breeze.

“The block at Ardrossan is so close to the sea, the breeze comes in every afternoon, straight into our wheat, which then takes half a day to dry out,” Bill said.